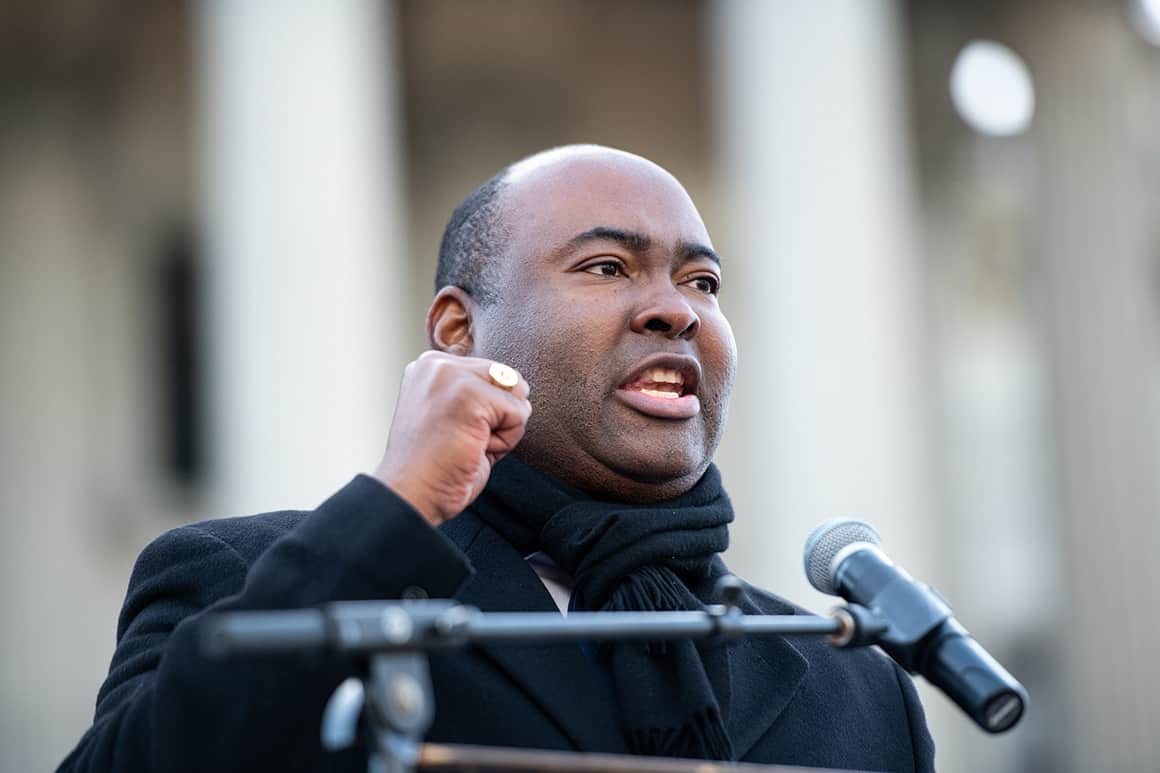 Democrats’ green tsunami hit Senate races with force in the third quarter of this year, with candidates across the country raising record-breaking sums and spending at an unprecedented pace in the runup to the November election.

Republicans senators and challengers largely broke their own fundraising records, in some cases by enormous margins. But even the best GOP fundraisers struggled to keep pace with their opponents.

A whopping 16 Democratic challengers outraised incumbent GOP senators from July 1-Sept. 30, while Democrats’ two most endangered incumbents outraised their Republican challengers. The money has allowed Democrats to expand the map and open up a wide array of paths back to a majority, though Republicans still have enough cash to compete.

Here are five takeaways from the third-quarter reports:

In 2018, Beto O’Rourke shocked the world when he raised $38.1 million in the third quarter, shattering an 18-year-old record by more than $15 million.

Jaime Harrison set the new high-water mark with an astounding $57.9 million in the third quarter, allowing him to spend $60 million on his way to giving GOP Sen. Lindsey Graham the toughest test of the incumbent’s political career. But Harrison wasn’t alone. Arizona Democrat Mark Kelly has been one of the party’s top fundraisers all cycle, but he hit new gear this quarter and brought in $38.8 million, more than triple his previous best quarter.

In the 14 most competitive and expensive races, Republicans raised $143,000,000 combined, averaging out to more than $10 million per candidate. But Democrats in those races hauled in $363,000,000, easily more than doubling the GOP’s combined total.

The largest disparity was in Maine, where Gideon outraised Collins by $31 million. In South Carolina, Harrison outraised Graham by $29.4 million. Theresa Greenfield in Iowa, Amy McGrath in Kentucky and Cal Cunningham in North Carolina all outraised their opponents, Sens. Joni Ernst, Mitch McConnell and Thom Tillis, by more than $20 million.

Graham raised the most of any sitting senator in history. And Harrison still more than doubled him.

Harrison put the money to use. He spent more than $60 million in the quarter, an amount that triples up what some competitive Senate campaigns were spending all cycle in 2018.

His top disbursement was nearly $42,130,000 to AL Media LLC for TV, radio and digital advertising.

Harrison also spent nearly $6.6 million with Mothership Strategies for digital advertising and services; $1,577,000 to Blueprint Strategy LLC for radio advertising, and $240,000 to the same company for billboard advertising. Lastly, he spent nearly $240,000 on texting services.

Money and advertising are no guarantees of success, however: A poll out Thursday showed Harrison trailing Graham by 6 percentage points.

Loeffler goes all in

Appointed Sen. Kelly Loeffler (R-Ga.), who’s locked in a tight battle to try to earn one of two runoff spots in the special election, has put her personal fortune to good use. Loeffler loaned her campaign an additional $5 million in the third quarter, bringing her total this year to $20 million. She outspent GOP Rep. Doug Collins by a more than three-to-one margin, but the two are still locked tight in a battle to win over the Republican base.

Meanwhile, Loeffler got another boost from outside the campaign. Her husband, Jeff Sprecher, who heads the company that owns the New York Stock Exchange, gave $5.5 million to Georgia United Victory, a super PAC that is boosting Loeffler in the race. His contribution amounted to more than half of the $9.8 million the group raised overall.

Republicans continued to have bright spots across the map despite the overwhelming disparity in the overall picture. In the second quarter of this year, only McConnell raised eight figures among Republicans. In the third quarter, four senators and one challenger hit that mark.

Sen. Martha McSally in Arizona raised $22 million, more than doubling her previous quarter and putting up a sum that would fit right in with the massive Democratic numbers. Graham topped $28 million, more than any sitting senator has ever raised before, allowing him to at least break his own spending records as Harrison drowns the state in money. James in Michigan raised $14.4 million, a high water mark for GOP challengers.

None of those campaigns outraised their Democratic opponents: In fact, only James came close, and this was the first time this year he hasn’t outraised Peters. But these campaigns have managed to build online fundraising programs that have outpaced some of their colleagues, keeping the spending disparity much lower than some other campaigns.

PrevPreviousUpdate your Chrome again as Google patches second zero-day in two weeks
NextWhy, without racial reconciliation, no lives will ever matter in the classroomNext