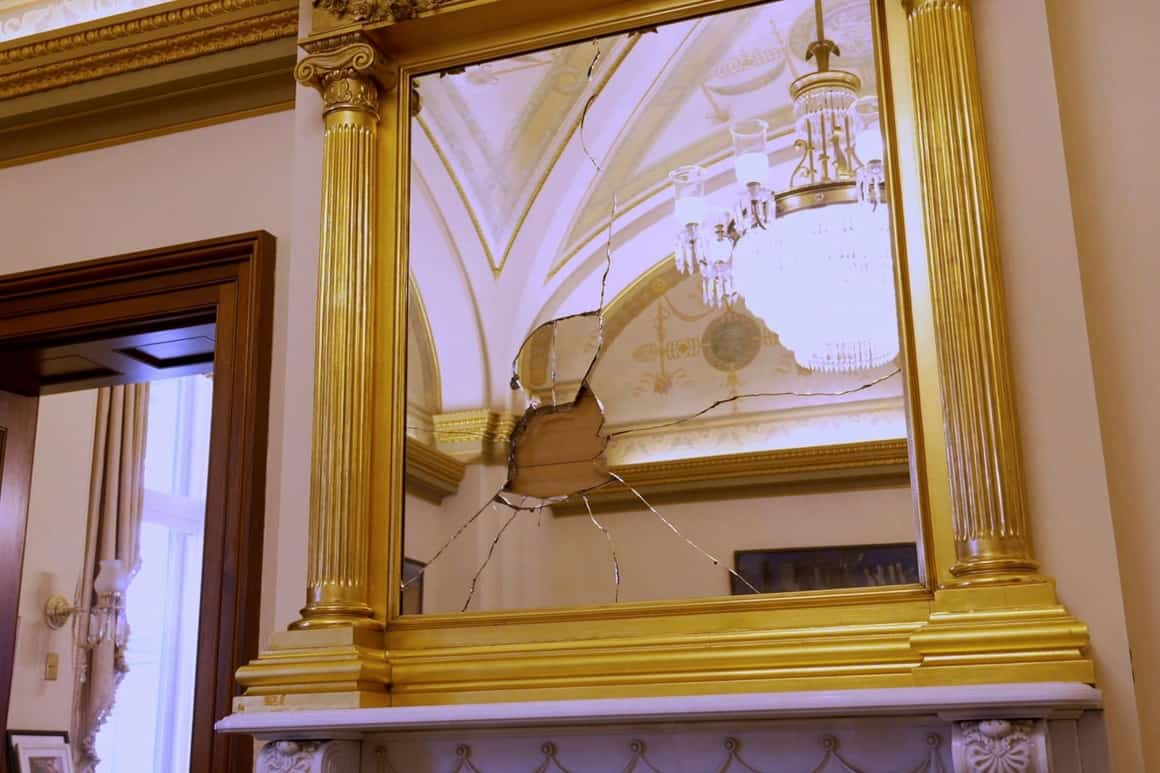 The FBI is investigating evidence that a woman who entered the Capitol on Jan. 6 stole a laptop or hard drive from Speaker Nancy Pelosi’s office and intended to sell it to Russians.

The bizarre claim, which the FBI emphasized remains under investigation, was included in an affidavit describing the criminal case against Riley June Williams, a Pennsylvania woman who was seen in footage of the Jan. 6 insurrection in area of the Capitol near Pelosi’s office.

And it’s not clear if the FBI has been able to apprehend her.

"It appears that WILLIAMS has fled," according to the affidavit, which was signed Sunday and posted publicly after 9 p.m.. "According to local law enforcement officers in Harrisburg, WILLIAMS’ mother stated that WILLIAMS packed a bag and left her home and told her mother she would be gone for a couple of weeks. WILLIAMS did not provide her mother any information about her intended destination."

A Pelosi aide was not immediately available for comment. It was not clear if a laptop or hard drive was actually stolen.

"This matter remains under investigation," the agent concludes.

For now, Williams is facing charges of entering a restricted building and disorderly conduct for her actions inside the Capitol.

The agent handling Williams’ case also spoke to law enforcement officials in Harrisburg who had recently interacted with Williams’ parents. Williams’ mother on Jan. 11 filed a suspicious persons report against the person the FBI has identified as "Witness 1." That witness is described as a former romantic partner of the suspect.

While local officers were present, Williams’ mother called her via video, and officers saw her wearing a brown jacket that matched the one she was seen wearing in images from the Jan. 6 riots. Harrisburg officers also spoke with Williams’ father, who said he drove with her to Washington for the protests but that they split up for the day while she joined other friends.

The pair drove home from Washington after meeting outside the Capitol.