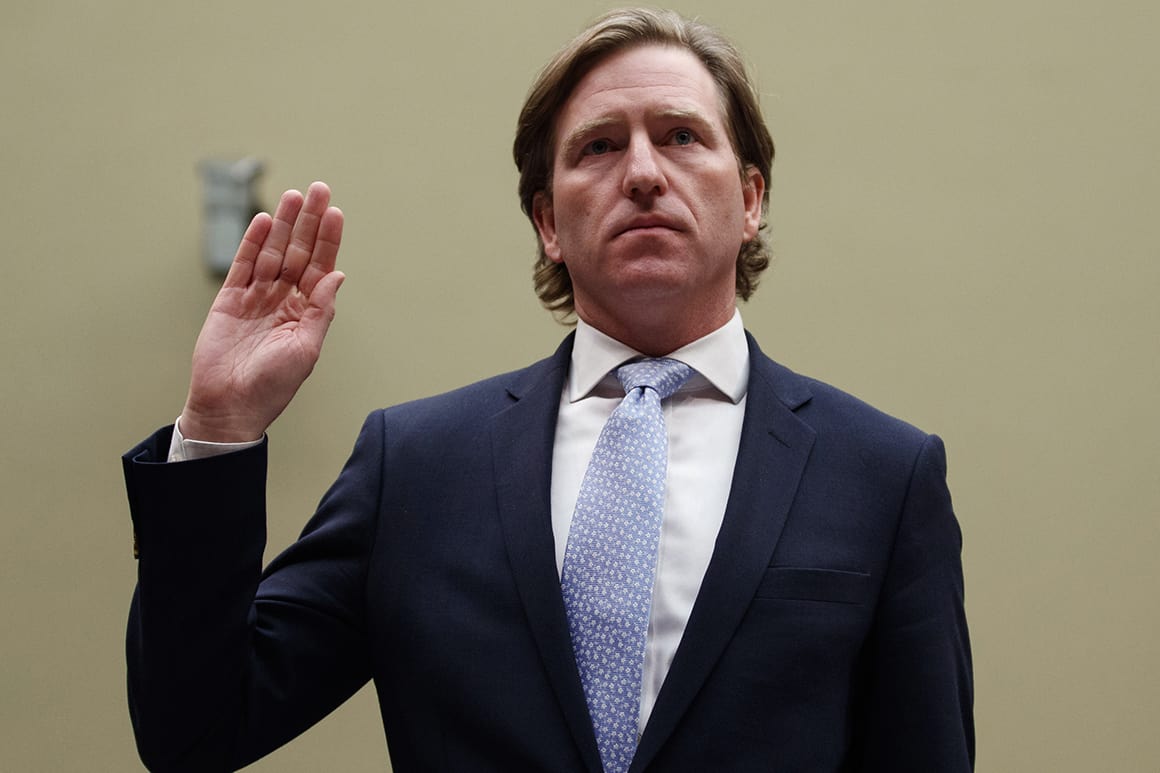 Former CISA Director Christopher Krebs will testify before a Senate panel on Wednesday, his first return to Capitol Hill since being fired last month by President Donald Trump.

Sen. Gary Peters of Michigan, the top Democrat on the Senate Homeland Security and Governmental Affairs Committee, announced that Krebs, who was axed for refuting the president’s baseless claims of widespread voter fraud, would appear at a potentially controversial hearing where committee Chair Ron Johnson (R-Wis.) plans to probe the 2020 presidential election won by Democrat Joe Biden.

Witnesses called by Johnson, one of the president’s biggest congressional supporters, include former independent counsel Ken Starr and attorneys in key battleground states.

Democrats argue the hearing is meant to bolster the unproven conspiracy theories Trump has trotted out since losing the election to Biden, whose victory became official on Monday when the Electoral College voted to formalize the results of the Nov. 3 election. Biden won 306 electoral votes to Trump’s 232, a result recognized on the Senate floor Tuesday by Majority Leader Mitch McConnell.

"At a time when our founding principles and our most sacred democratic values are under attack, we should be defending the sanctity and security of our elections — not giving a bigger platform to those who wish to sow chaos in our democratic process," Peters said in a statement.

Since his dismissal by Trump via Twitter last month, Krebs, who directed the Cybersecurity and Infrastructure Security Agency, has been on a whirlwind media tour, pushing back against the false and increasingly erratic claims about the 2020 election.

Earlier this month, he sued the Trump campaign and one of its lawyers for defamation, singling out remarks made by attorney Joseph diGenova, who said Krebs should face the same punishment inflicted on those convicted of treason because he had asserted the 2020 election was the most secure in history.

“He should be drawn and quartered,” diGenova said on Newsmax, a favorite of the president’s. “Taken out at dawn and shot.”

At one point, according to the lawsuit, Krebs’s 10-year-old child asked: “Daddy’s going to get executed?”

DiGenova said his comments about Krebs were sarcastic and meant as a joke.

Krebs is likely to receive a warm welcome from Senate Democrats and possibly even some Republicans who thought his firing was a mistake, though it’s unclear how many GOP senators will actually participate in the hearing.

In a speech following the Electoral College votes, Biden cited Krebs as one of the reasons why Trump loyalists should give up the idea that the election was stolen.

"Even President Trump’s own cybersecurity chief overseeing our elections said it was the most secure elections in American history — and was summarily let go," Biden said during the nationally televised evening address.

"Let me say it again: his own cybersecurity chief overseeing this election said it was the most secure in American history," Biden added.

Krebs likely will also face questions about the sprawling hacking campaign that has hit several major federal agencies, including the Pentagon and the Homeland Security Department, which went undiscovered for months.

“I have the utmost confidence in the CISA team and other Federal partners,” Krebs tweeted about the hack. “I’m sorry I’m not there with them, but they know how to do this.”