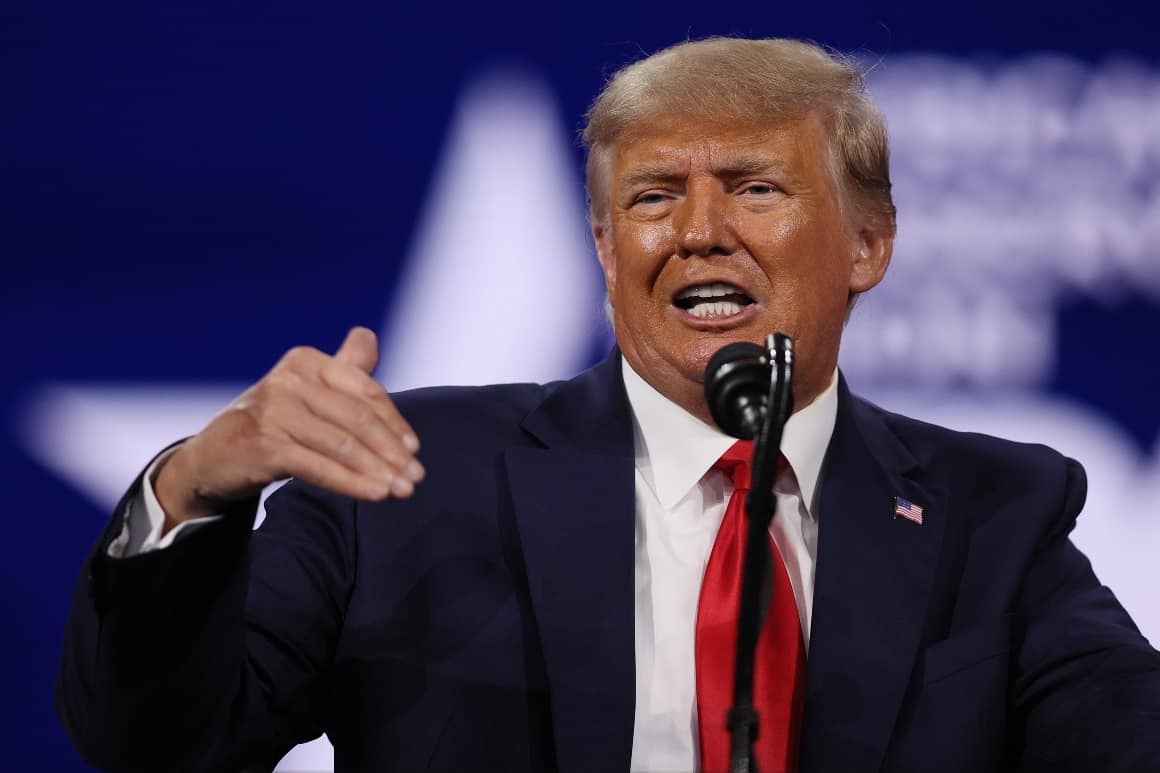 Congressional investigators fighting to access former President Donald Trump’s financial records are planning for a lengthy battle that stretches deep into 2021, according to a proposed legal schedule unveiled by House counsel Doug Letter on Tuesday.

In a filing on Tuesday with the federal District Court in D.C., Letter revealed that the House Oversight Committee had reissued a subpoena for Trump’s accounting firm, Mazars USA, late last month. And he outlined a briefing and argument schedule — already agreed to by Trump’s legal team — that would carry the case into June, with a decision unlikely before mid-summer. Any appeals by either Trump or the House could extend that timeline much further.

Letter’s filing is the first window into the House’s plans for a lengthy slog in a battle that has already stretched two years in federal courts. Democrats say they need access to Trump’s records — which they suspect will show improper foreign ties and potential conflicts of interest — in order to craft financial disclosure legislation to restrain future administrations. But the effort also has renewed relevance after Trump reemerged over the weekend, vowing vengeance upon his political adversaries and pledging to retain his stranglehold on GOP politics.

Under Letter’s schedule, Trump’s first brief would be due April 5, with the committee’s reply a month later. Additional briefs would be filed on May 19 and June 2. Oral argument would be scheduled “as soon as practicable” after that.

It’s the latest chapter for the Mazars case, which has already wound its way to the Supreme Court. The justices ruled in July that lower courts had failed to appropriately scrutinize the implications of a congressional subpoena for the president’s personal papers. Though the House had won the case at the district and appellate level, the Supreme Court effectively reset the clock on lawmakers’ efforts.

However, the high court also ruled that Manhattan prosecutors’ subpoena for virtually the same materials was permissible, and District Attorney Cyrus Vance has recently obtained Trump’s tax returns and may present the gravest legal threat to Trump now that he’s out of the White House.

Rep. Carolyn Maloney (D-N.Y), chair of the House Oversight Committee, sent a memo to the panel last month — revealed to the court on Tuesday — that explained why she decided to reissue the subpoena for Trump’s records.

“For more than 22 months, the Committee has been denied key information needed to inform legislative action to address the once-in-a-generation ethics crisis created by former President Trump’s unprecedented conflicts of interest,” Maloney wrote.

“Donald Trump’s unprecedented actions as President — including his refusal to divest from his ‘complex and opaque financial holdings’ — have laid bare several apparent weaknesses and gaps in the laws and regulations governing presidential financial disclosure, conflicts of interest, and emoluments,” she continued. “In the 117th Congress, we have an historic opportunity to turn urgently needed reform measures into law, and the subpoenaed information is necessary to support this effort.”

PrevPreviousRoku Streaming Stick Plus vs Amazon Fire TV Stick 4K: Which is Better?
NextWhy You Should Write a Will Now — Even if You’re YoungNext