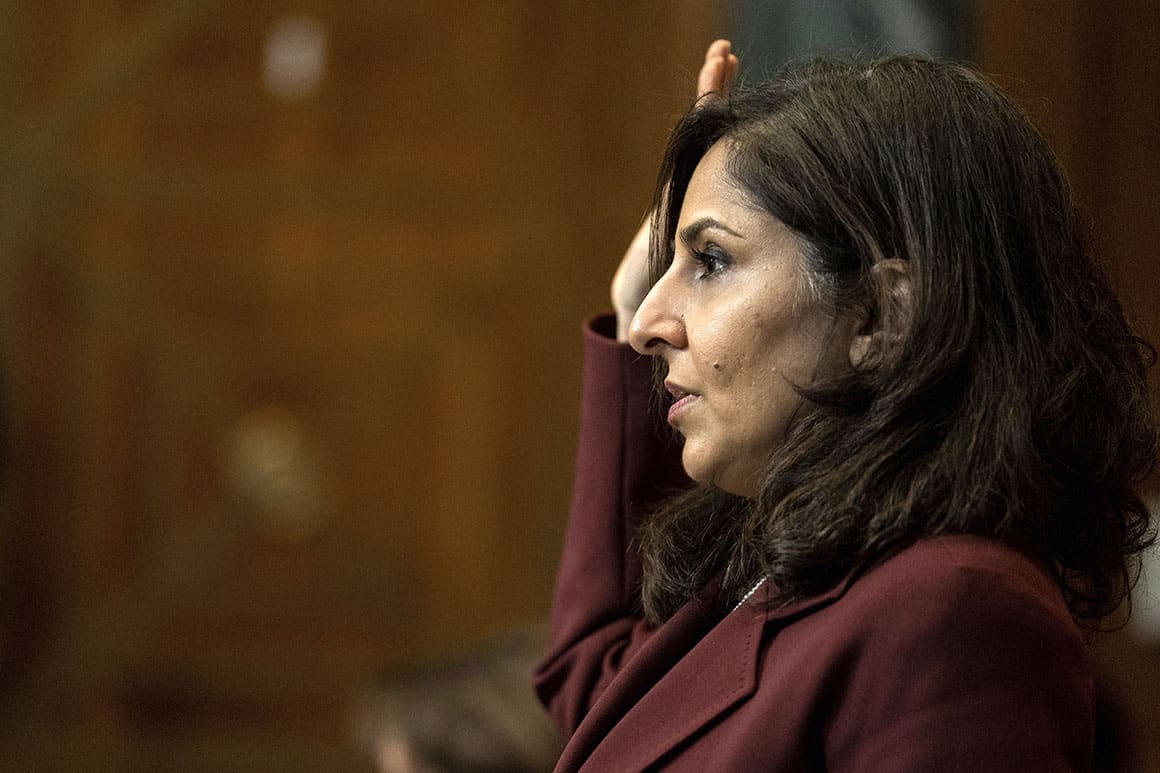 President Joe Biden is withdrawing Neera Tanden’s nomination to be his budget director, Biden said in a statement on Tuesday evening.

Tanden faced opposition from at least one Democratic senator and was struggling to win any Republican support, leaving her nomination to lead the White House Office of Management and Budget with no clear path toward confirmation.

“Unfortunately, it now seems clear that there is no path forward to gain confirmation, and I do not want continued consideration of my nomination to be a distraction from your other priorities,” Tanden said in a letter requesting her withdrawal. Biden’s statement indicated that he expects Tanden to serve in another role in his administration.

The withdrawal marks the first Cabinet defeat for Biden, whose other nominees have so far all cleared 50 votes in the Senate. But it is a potentially costly one. The White House is expected to introduce a budget in a matter of weeks or months and will now have to do so — at least for the foreseeable future — without a budget chief.

Tanden was known for her policy chops in addition to her sharp elbows. And though she had a champion in White House chief of staff Ron Klain, other Democrats privately grumbled that she was always destined for a difficult confirmation process. The first notable sign of that came when Sen. Joe Manchin (D-W.Va.) announced he would oppose her nomination for the post. Moderate Republicans followed suit, citing her often-personal Twitter attacks on them and their party.

The lone holdout was Sen. Lisa Murkowksi (R-Alaska), who met with Tanden on Monday but had not said which way she was planning to vote. She didn’t need to, after all. Before she made any such proclamation, the White House had announced Tanden’s withdrawal.

Tanden is poised to get a job inside the administration that will not require Senate confirmation. What job that is was not made clear in Biden’s statement.

Also unclear is who will replace her as a potential OMB chief. A few potential nominees have been floated for the post, including Ann O’Leary, a former top Hillary Clinton aide, and Gene Sperling, a former economic adviser to Presidents Bill Clinton and Barack Obama. Hill Democrats, however, have been pushing for Shalanda Young, the nominee to be the deputy director of the Office of Management and Budget.