What Are Twitter Spaces and Should You Use Them? 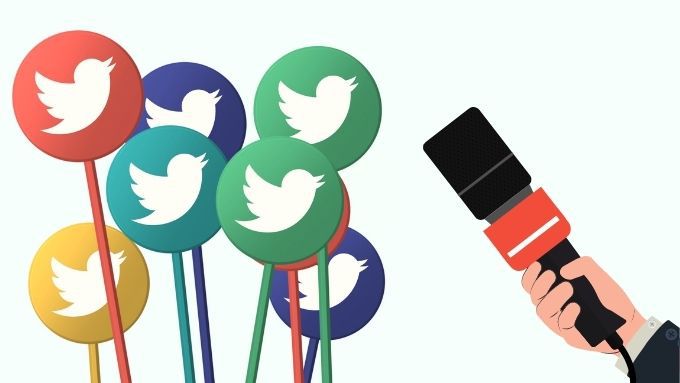 Twitter continuously adds new features to the platform in an effort to engage users and refine the experience. Recently we saw the launch of Fleets and now Twitter has introduced Spaces. What are Twitter Spaces and should you consider using them?

Twitter Spaces are audio chat rooms. In other words, you and up to ten other people can have a voice chat through Twitter. What makes Spaces unique is that an unlimited number of people can listen to your conversation live.

That means Spaces can be used as a live podcast or you could format it as a radio show. We’re sure people will come up with even more creative uses for them, but overall this seems like a response to the popularity of Clubhouse. 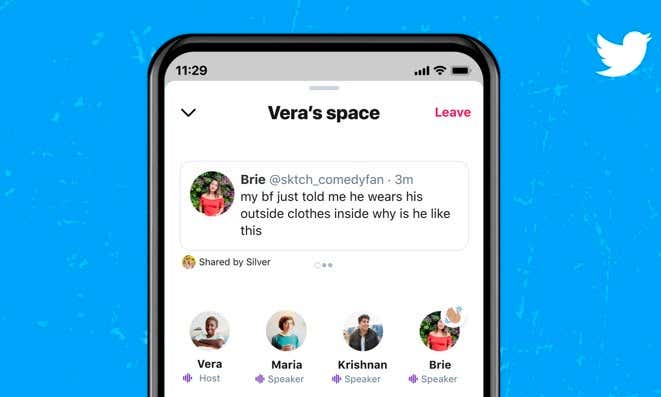 When you’re interacting in a Space, you can see who’s speaking and get live reactions from speakers and listeners by way of emojis, tweets, captions and DMs.

Spaces has been in a testing phase for quite some time, open only to a few selected users. Recently, Twitter has opened up Spaces to all users who have at least 600 followers. However, there’s only a limitation on who can host Spaces. Any Twitter user can be invited to join and be a part of the conversation in a space.

Speakers can pin Tweets to a space and also activate automated captions so that hearing-impaired listeners can participate.

Listeners can request to be a speaker and can interact with their followers by sending emojis, Tweets or DM (Direct Message).

For now it’s only possible to host or join Spaces using either an Android or iOS smartphone. Follow the steps below to set up a Twitter Space:

Open the Twitter app.For Android, go to your profile page and select the + icon, then select Spaces.

For iPhones, long-press the Tweet compose button and select the Spaces icon. The button looks like circles forming a diamond shape.Click Name your space and type the name you’d like to give your space. Select “Start your space.”

Once your Space is going, you can either speak as a solo host or you can invite other speakers by selecting the little icon of two people. You can Tweet out the link of your space to your followers if you want to let people know that you’re live.

It may be a good idea to familiarize yourself with the moderation tools.

As the host, you decide who gets to be a speaker and you can remove speakers at any time. You manage the topic of discussion and can take the mic away or mute anyone else in your space. You can also mute everyone else in the Space at the same time. You can also schedule a Space and set reminders so that people remember to join your Space.

What Are the Pros and Cons of Twitter Spaces?

Spaces is a great tool for Twitter users, who have a relatively large following, to foster discussions.Thought leaders may want to use Spaces as a way to solo host lectures and get feedback on their ideas and opinions.Spaces may be a great platform to promote your creative work portfolios. 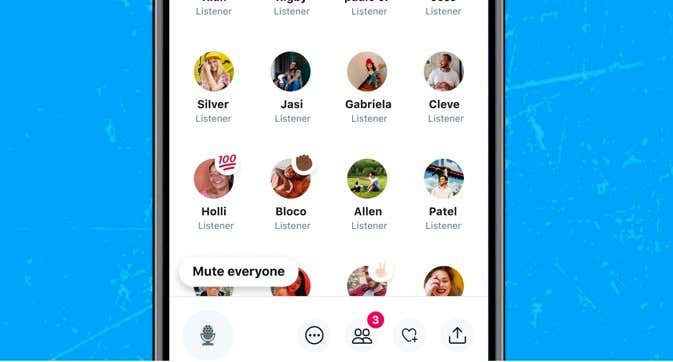 Most people don’t have 600 or more followers on Twitter and won’t be able to use Spaces and may be better off joining a Discord channel.As of now, there’s no way to record a live space that remains for people to rewind or listen to later. Of course, you could make a local recording on your phone. They do keep a recording for moderation review up to 30 days. Since complete strangers can be part of Spaces, there is a possibility for abuse. Twitter has done a lot to add reporting functions and to give hosts control over who is allowed in a space, but you should still be ready to deal with unruly participants.While participants do not have access to a recording in Spaces, nothing stops them from making a local recording on their devices for reposting later.

Can I Make Money With Spaces?

While currently there’s no built-in monetization for Spaces, Twitter has announced an upcoming feature called Ticketed Spaces, where hosts can set ticket prices and listeners will have to buy tickets to gain access to a space. In the coming months a limited number of users will get to test the feature. 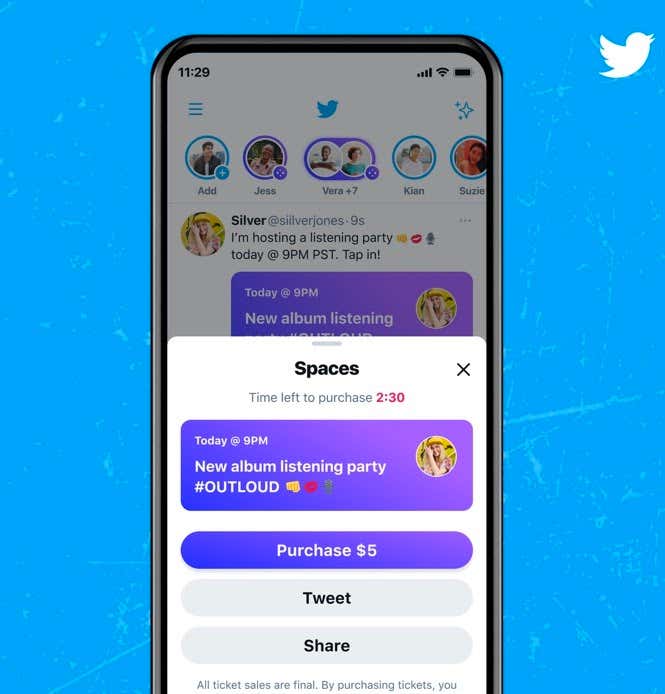 Spaces is a feature aimed at influencers and up-and-coming people who are building a platform for themselves on Twitter. If you happen to have more than 600 followers, feel free to experiment with Spaces. However, we do suggest you figure out a format or specific goals while using Spaces, since it’s unlikely to be beneficial for casual use.

PrevPreviousWhat to Look for in a Home Office During the House Buying Process
NextKoppel Exposes Danger of Cancel Culture: ‘Social Weapon’ for ‘Political Warfare’Next