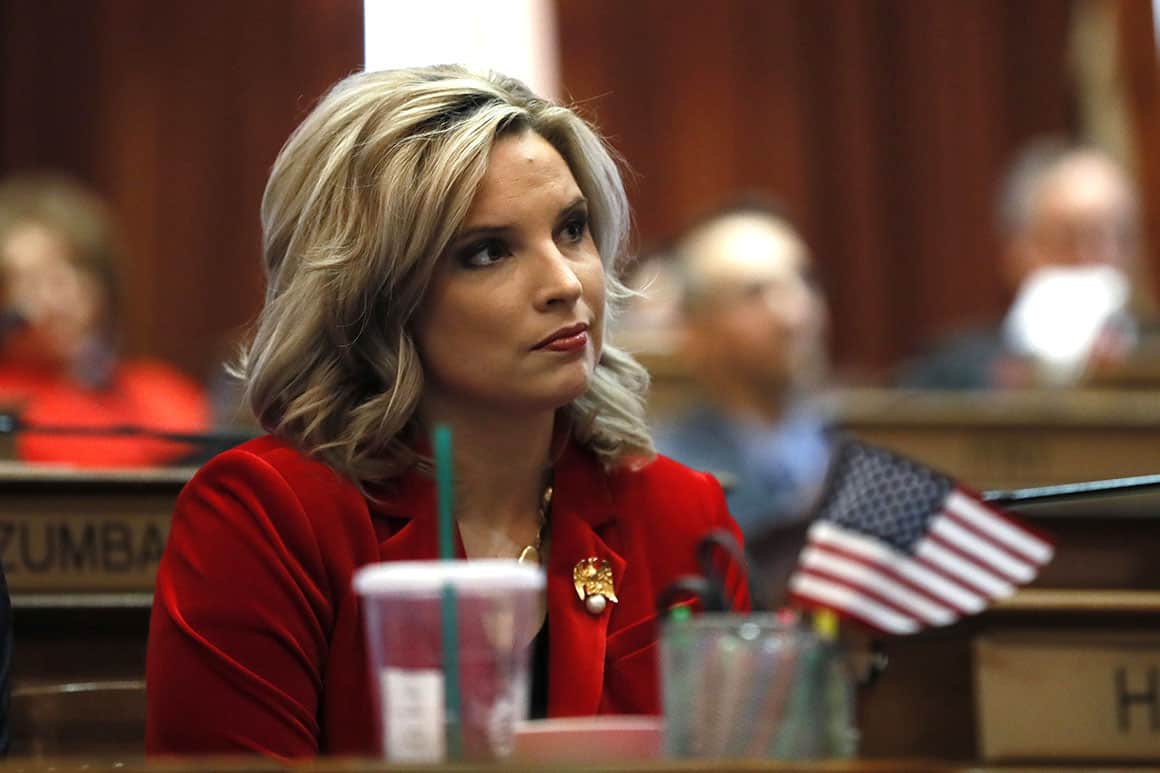 Iowa finally has a proposed congressional map — now Republicans in Des Moines just have to decide if they can tolerate it.

GOP legislators huddled on Thursday as the proposal was released but have yet to give an indication of whether or not they will vote to adopt it or send the commission back to the drawing board.

"I’m going to study it. I’m going to see what I and my colleagues think is best for the state as a collective whole," said state Rep. Bobby Kaufmann, who chairs the state government committee. "And then we’ll make a decision in the next couple of weeks about whether to do a yes vote, or roll the dice and say no and see what map two brings."

Their choice could have huge implications for the battle for control of Congress. Back in D.C., Republicans privately griped that it left them worse off in their quest to reclaim the House. But legislators are still analyzing the state legislative maps, and they must reject or approve them all in union in a process that the state holds up as a "gold standard" for nonpartisan redistricting.

This new congressional map takes two current swing seats in the east and makes them less competitive — with one leaning toward each party. The Des Moines-based district of Democratic Rep. Cindy Axne remains a true toss up, and the western Iowa seat held by GOP Rep. Randy Feenstra stays firmly in the Republican column.

The biggest loser in the proposal could be GOP Rep. Ashley Hinson. While a seat like hers in the state’s northeast corner is better for Republicans, her home county is shoved into a new, Democratic-leaning district farther south. Much of that territory overlaps with GOP Rep. Mariannette Miller-Meeks’ current seat, but Miller-Meeks’ home is in the more Republican district.

Trump carried Hinson’s and Miller-Meeks’ current districts by 3 and 4 points, respectively. In their new configurations, Joe Biden would have won the southeastern seat where Hinson lives by a significant margin, while the northeastern seat became even more Republican. Though members are not required to live in their districts. Hinson could run in the more GOP-friendly seat that absorbed more of her territory.

If the legislature rejects the first map, the agency produces a second. If that one is rejected, they create a third and — unlike the first two — this map can be amended or changed by the legislature. Iowa has used one of the commission-created maps without amending it since this process began in 1980.

But the congressional delegation has no say in the maps. And the state legislators are perhaps more likely to make a decision based on their own fates.

An initial tally devised by a source in the legislature found that over 50 of the state’s 150 incumbents would be drawn into districts with at least one other current member. But Iowans are used to that every redistricting cycle, and incumbent-on-incumbent pairings haven’t been a strong deterrent in the past. Many legislators either move into a new district or use the new maps as an excuse to retire.

"There are a lot of districts that either stayed or got more conservative," Kaufmann said. "That’s the positive. The negative is that there are a lot of Republicans that are now living in the same districts as their friends. There’s six one way, half dozen the other, to use an old farm term."

Democrats in the state were more willing to tip their hand. The state House Democratic caucus leader, Jennifer Konfrst, came out in the support of the proposed map.

Iowa has been a rare bright spot for congressional Democratic recruitment this year. They finally landed state Sen. Liz Mathis, a former TV anchor who the Democratic Congressional Campaign Committee had long hoped would run. She launched a bid against Hinson.

Miller-Meeks eked out a victory in a swing seat in the southeast corner of the state by the slimmest of margins: six votes. State Rep. Christina Bohannan has filed to run in that seat.

These new maps would shake up the boundaries of those two districts — so much so that Mathis, Hinson and Bohannan would all live in the same district.

Axne’s district maintains a similar partisan lean. Though it no longer reaches all the way to the Missouri River, which forms the border with Nebraska, Axne keeps the city of Des Moines.

In D.C., Republicans are privately hoping their counterparts in the legislature decide to reject the map and some operatives believe they will.

"It’s kind of like the allure of the unknown, that you always think it can be better," said Doug Gross, a longtime GOP operative in the state. "And I think just looking at the congressional side, I think they’ll think it could be better."