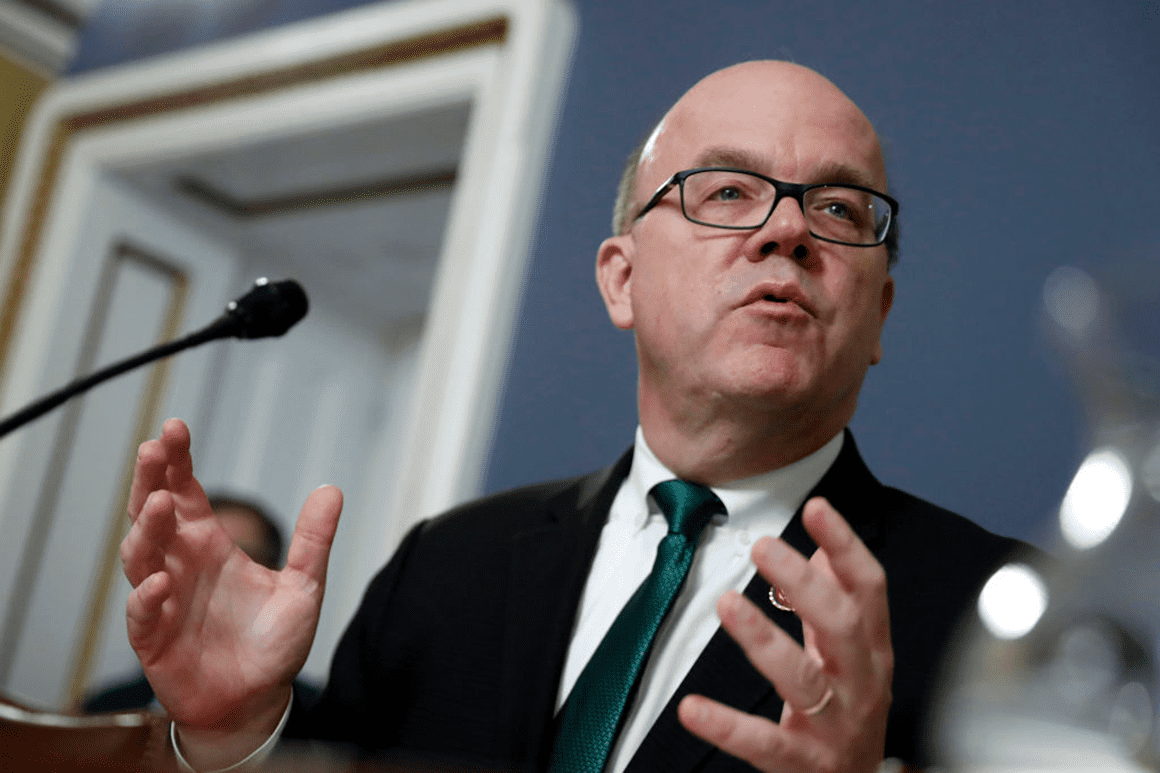 The House passed a bill Tuesday night to expedite a debt ceiling fix in the Senate, allowing Democrats to essentially raise the nation’s credit limit on their own and thwart a Christmastime default.

The measure — which is the result of an 11th-hour accord between party leaders — tees up a new path for Congress to hike the nation’s borrowing ability, preventing the Treasury Department from running out of cash as soon as this month.

Under the plan, at least 10 Senate Republicans would vote to allow Democrats to raise the debt ceiling with a simple majority. The Senate could start voting to allow this process Thursday, and Senate Minority Leader Mitch McConnell said he’s “confident” the plan has enough GOP support.

But both chambers would need to actually hike the debt limit in a separate vote — one that could take until early next week to clear both the House and Senate.

“We’re sending them over a process that will allow them to move forward,” said House Rules Chair Jim McGovern (D-Mass.). “Once they act, it’ll come over here, and we’ll have to act.”

Senior Democrats, including McGovern, are confident they will avert disaster before Treasury is expected to run out of cash in the middle of next week. “There are bumps in the road, but I feel good,” McGovern said.

With blessing from McConnell, the procedural gambit is all but certain to end the high-stakes partisan impasse that has divided party leaders and threatened an unprecedented debt default in recent weeks. Democrats’ measure also addresses other painful year-end cliffs, including billions of dollars in looming cuts to Medicare payments, which GOP lawmakers were also eager to avoid.

“A lot of people don’t want to be part of these cuts,” Sen. Roy Blunt (R-Mo.) said after Republican senators huddled on the issue Tuesday afternoon, predicting more than 10 GOP lawmakers might ultimately support the bill to prevent that slashing and allow Democrats a simple-majority vote on handling the debt limit.

But then the majority party will have to vote alone on actually raising the debt ceiling, as Republicans craft their campaign-trail attacks around the accusation that the majority party’s spending plans are both driving inflation and stunting economic growth.

Democrats have not yet said how high the new debt limit would be, but the ceiling is expected to exceed $30 trillion, to ensure Congress won’t need to act again before the midterm elections next year.

“It’s a staggering number, and a number which they’ve been trying to avoid,” said Senate Minority Whip John Thune (R-S.D.). “The Democrats are going to be on the hook for all the spending that they’ve advocated. And now they’re going to have to pay for it by raising the debt limit to accommodate all that spending. And that’s the point we’ve been making all along.”

While Republicans argue that raising the debt limit will make room for any future spending Democrats enact, both parties have played a role in racking up the $29 trillion in debt that is now pushing the nation to the brink of defaulting on its loans, and action on the debt limit has typically been bipartisan.

Under the bill the House passed Tuesday night, Congress will be averting a 2 percent reduction in Medicare payments that Congress paused last year, and a 4 percent reduction that would be triggered by the budget reconciliation process Democrats used to pass President Joe Biden’s $1.9 trillion pandemic aid package earlier this year. That process would also necessitate cuts to farm aid programs, which the fix would avoid.

PrevPreviousRun Older Programs in Compatibility Mode in Windows 11/10
NextStepping Back to Move Forward: Why Taking Thoughtful Breaks & Pauses Can Lead Us Further in Our CareersNext