How Trump’s political groups are spending their huge cash haul 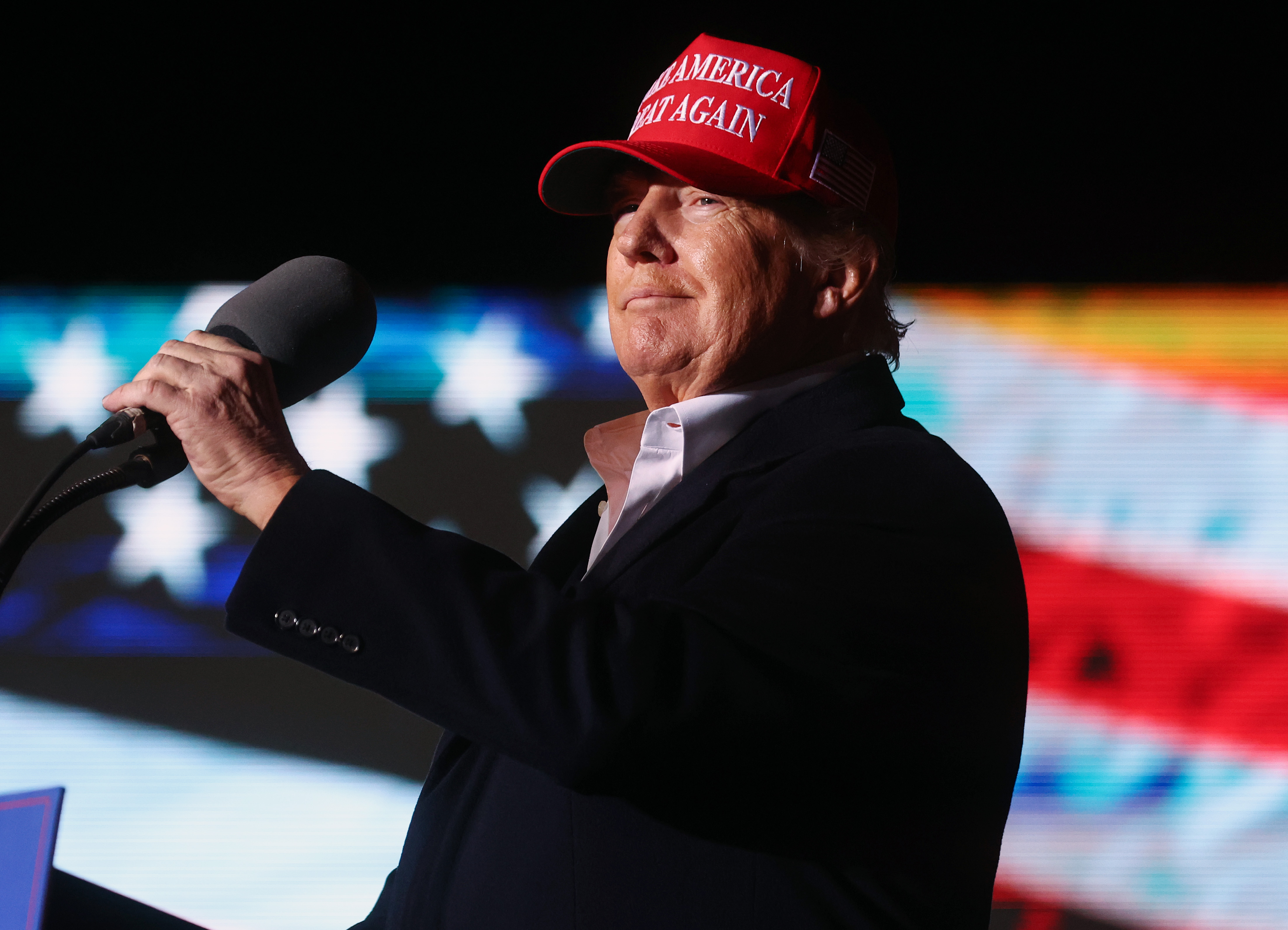 Former President Donald Trump’s political organization announced Monday that it has more than $122 million socked away, a massive sum that reaffirms his grip on the Republican Party — and could well scare away potential challengers for the next GOP presidential nomination.

Trump’s Save America leadership political action committee drew more than 1.6 million donations, much of it raised through Facebook, text messages and other online solicitations. The former president has tapped into a deep well of small-dollar donors that he cultivated during his time in the White House, supporters he would likely be able to carry into a 2024 comeback bid.

Most of the money — over $105 million — is in Save America PAC, which wouldn’t be able to transfer that money into a prospective future Trump campaign. But the former president can spend it at will to affect the 2022 midterms, and his ability to raise so much money in the first place highlights his singular position in the GOP.

Trump’s finance report, which reflects the second half of 2021, provides clues as to how his political operation is shaping up ahead of the next election, pulling back the curtain on which consultants he’s paying, how he’s using social media and which down-ballot allies he’s rewarding.

A small circle of advisers are drawing consulting payments

The former president has continued to keep a small — and familiar — circle of aides and advisers on his payroll, according to filings. That circle includes figures like his caddy-turned-confidante Dan Scavino, longtime aide Lynne Patton, Stephen Miller, spokespeople Taylor Budowich and Liz Harrington, and former White House aides Beau Harrison, Margo Martin and Molly Mitchell.

Trump’s Save America PAC has also continued to shell out thousands to consulting firms run by former campaign officials.

Save America PAC paid $128,970 to the firm of former campaign strategist Michael Glassner, while a firm run by former campaign manager Brad Parscale got $60,000 for digital consulting.

According to Save America PAC’s new filing, tens of thousands of dollars were paid to law firms representing top Trump aides who have gotten subpoenas from the House select committee investigating the Jan. 6 riots on Capitol Hill. It’s unclear exactly why the PAC was paying the firms, but several of them have been deeply involved in dealings with the Jan. 6 committee.

The PAC paid $29,500 in December to Abel Bean Law, a firm based in Jacksonville, Fla., that is representing Budowich, the Trump spokesperson. Over the holidays, Budowich — who testified before the committee and turned over financial documents — sued the committee over a subpoena to his bank. A federal judge rejected that effort, but Budowich and his attorneys continue to fight to keep his bank records private.

Another firm, Brand Woodward Law, has represented Scavino, who tried and failed to sue Verizon and block a subpoena for his phone records. Save America PAC paid that law firm $25,000. Like others, Scavino tried to fight the subpoena by arguing the investigative committee lacked “valid legislative purpose.”

The PAC also paid $50,000 to “JP Rowley Law PLLC,” a law firm representing conservative attorney Cleta Mitchell, who advised Trump on how to contest the election and took part in his now-infamous call with Georgia Secretary of State Brad Raffensperger.

Trump-endorsed candidates get a sliver of his cash

Save America PAC unloaded some of its money to Trump-backed candidates for the first time in the last six months of 2021. All told, the group spread $205,000 to 41 candidates for House and Senate, including a number of incumbents and several notable challengers running against Republican incumbents who supported Trump’s impeachment last year. Harriet Hageman, who is challenging Rep. Liz Cheney (R-Wyo.), and Joe Kent, running against Rep. Jaime Herrera Beutler (R-Wash.), were among those who got donations from Save America.

But with those contributions limited to $5,000 apiece, the organization’s real financial clout in the midterms will come if it spends money six- or seven-figures at a time on ad campaigns backing these candidates.

Out of $1.35 million the PAC spent on “like-minded causes and endorsed candidates,” $1 million went to former Trump chief of staff Mark Meadows’ new nonprofit organization, the Conservative Partnership Institute. The donation went out in July, well before Meadows agreed to testify to the House committee investigating the Jan. 6 Capitol riot and then tried to walk back his cooperation.

The PAC also gave money to state-level candidates, including several running for secretary of state in key battleground states. The positions are in charge of election administration in many states, with duties that can include certifying results, setting policies for county clerks and investigating potential wrongdoing.

Trump has zeroed in on the roles since his failed efforts to subvert the 2020 election ran into opposition from, among others, secretaries of state like Raffensperger, a Republican now facing a Trump-backed challenge from GOP Rep. Jody Hice.

A handful of big donors padded the numbers

Trump’s political operation touted a $31 average donation to his groups in the second half of 2021, as online donors piled money into Save America in response to incessant emails, texts and online ads boosting the PAC.

Meanwhile, a smaller, richer cadre of Trump backers poured money into Make America Great Again, Again! — the super PAC blessed by Trump. It had $9.5 million in the bank at the end of 2021, fueled by a handful of donors who gave $250,000 or more in the second half of the year.

Supporters who can give hundreds of thousands of dollars at a time are formidable political allies, but Trump’s email list is a rare asset that’s even more lucrative than rich backers. Despite operating under contribution limits, unlike the super PAC, Save America has still built up more than 10 times more cash than MAGA Again.

Brittany Gibson contributed to this report.