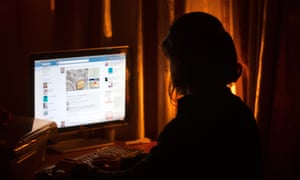 The change does not affect paid promotions, which appear on the news feed as normal. Photograph: Alamy Stock Photo

Smaller sites are reporting a loss of traffic and Facebook engagement, Struhrik told the Guardian. Its hard to say now how big it will be. Problems have also hit Buzzfeed-like sites, which were more dependent on social traffic.

Struhrik noted that the trial has only been in place since Thursday, rendering it too soon to draw strict conclusions. But if reach is radically smaller, interactions decreased and your site doesnt have diversity of traffic sources, it will hurt you.

Notably, the change does not seem to affect paid promotions: those still appear on the news feed as normal, as do posts from people who have been followed or friended on the site. But the change does affect so called native content, such as Facebook videos, if those are posted by a page and not shared through paid promotion.

Matti Littunen, a senior research analyst at Enders Analysis, said the move was the classic Facebook playbook: first give lots of organic reach to one content type, then they have to pay for reach, then they can only get through to anyone by paying.

Littunen said that many premium publishers had already cottoned on to the trend, and backed off relying too strongly on social media. But new media companies, who rely on social media to bring in traffic and revenue, would be wounded, perhaps fatally, by the switch. The biggest hits will be to the likes of Buzzfeed, Huffington Post and Business Insider, who create commoditised content aiming for the biggest reach.

Elsewhere, publishers who dived towards video content as Facebook began promoting that may also get burned, Littunen says. The kind of video that is doing best has been quite commoditised low-value stuff that is often lifted from elsewhere and repackaged for Facebook.

We dont see that bonanza going on forever, and since the content isnt what Facebook has been hoping for, its expendable. Were expecting to see another repeat of this playbook, with organic reach being replaced by paid reach.

For Struhrik, there is one last catch: he doesnt expect the test to be a huge success. Newsfeed without news. Just friends and sponsored content. People will find out how boring their friends are, he said.

In a second statement issued after this article was published, Facebook added: We have no current plans to roll this out globally.

This article was amended on 23 October 2017 with additional comment from Facebook. An editing error was also corrected on 24 October: the change in users engagement with Facebook pages did not drop from 60% to 80% publications reported a 60% to 80% fall in engagement.