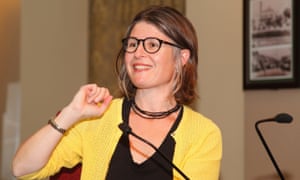 The first time I taught Monkey Grip in English One I was struck by two things. First, by how many of my students were offended by it. They found it too sexually explicit, too full of profanity, and they deplored Norahs method of parenting: the shared household, the children exposed to drug taking and other radical behaviours.

Here is the books opening sentence:

In the old brown house on the corner, a mile from the middle of the city, we ate bacon for breakfast every morning of our lives.

If you are reading this essay, youre a reader. You probably know this sentence, and if you dont, you are comfortable with interpreting it. You can hear a character beginning to form: its romantic, optimistic, nostalgic voice; a voice yearning for simplicity; probably, in its deliberate imitation of a childs singsong, the voice of a woman, a mother. You know it might take a few pages to learn just who this woman is. Youre skilled in this sort of patience.

But if you have never read anything more difficult than a Harry Potter book, how are you meant to proceed?

Well, there is only one way to go on, as I tell students and that is to go on. This is the first and greatest difficulty they face. Theres no reason for them to continue reading. There is so much else to read that is shorter, and not just aimed at them, but, in the case of their Facebook feed, tuned to their experience. Marketed to them. Why would they bother reading something that was neither for them nor about them?

Return to that opening sentence of Monkey Grip. Be honest with yourself: its easy. The words are almost all monosyllabic, the syntax is uncomplicated, the image is vivid. Now try this, the first sentence of Randolph Stows 1965 novel The Merry-Go-Round in the Sea:

The merry-go-round had a centre post of cast iron, reddened a little by the salt air, and of a certain ornateness: not striking enough to attract a casual eye, but still, to an eye concentrated upon it (to the eye, say, of a lover of the merry-go-round, a child) intriguing in its transitions.

You would have to say that this is not an especially enticing sentence. I find most students I teach are pulled up short by it. But who said everything had to be enticing? British academic and critic Mark Fisher says, Some students want Nietzsche in the same way that they want a hamburger; they fail to grasp and the logic of the consumer system encourages this misapprehension that the indigestibility, the difficulty is Nietzsche.

What have my students learned? Perhaps not much. Several of them fail every semester: some resist every line of questioning in tutorials, telling me over and over again that they see nothing in the texts Im reading with them. I had a fourth wall moment recently, that all teachers will be familiar with; that moment when the barrier between you and the class comes down, when you stand as yourself in front of them. Id been trying to teach a student lets call him Josh whose response to questions like,What do you think the author was up to here? had been a dogged and angry, No idea. For the fifth or sixth time I approached him on one of my circuits about the class, and heard myself saying, What do you think, Josh? No fuckin idea?

We stared at each other. The class shrieked with laughter. We both blushed, and then we were laughing too, and I was apologising. But this moment broke something between us. Josh did not pass the subject; his written work was still not up to the job. He could not write although he could speak, if he chose to coherent sentences. But the work he handed in after this showed that he had tried; that he was sincerely attempting to understand the texts we were reading. I can tell the difference between a sincere assignment and an angry or cynical assignment. Ive seen so many of both kinds.

But then there are moments like this one, early on in my English teaching, when my class were reading and struggling with Les Murrays The Cows on Killing Day. Id always loved this poem. In it the poet imagines the death by knife of an old cow, from the point of view of the herd. Murray uses a first person compound pronoun, all me, to speak in the cows collective voice:

All me come running. Its like the Hot Part of the sky

thats hard to look at, this that now happens behind wood

in the raw yard. A shining leaf, like off the bitter gum tree

is with the human. It works in the neck of me

and the terrible floods out, swamped and frothy.

I had a student who had already responded very positively to Helen Garners Against Embarrassment, a simple essay that makes a plea for unselfconscious pleasure in performance. Like many students would after her, she had read Garners essay in the light of her university enrolment; it made her determined to enjoy herself, to unselfconsciously engage in learning, to stop being critical of herself. Shed worked several years as a dairymaid after leaving school early, thinking she was too stupid for university. As we read The Cows on Killing Day aloud, her voice came ringing from the desks at the back of the class: But this is exactly what its like!

The Cows on Killing Day elicits a variety of reactions from my students, many of whom have been brought up on farms. Ive had young people furious with me. They say, I hate this poem. This shouldnt be written about, or, No one likes it. But its a part of life. Ive also had city or mountains-bred students there are a couple of them each year whove never killed an animal in their life, and self-righteously feel that the poem is a paean to vegetarianism.

But this student, the ex-dairymaid, read the poem as it is meant to be read. Murray doesnt ask for sympathy for the cow: his job is simply to use his art to show what its like. After this class, my student went from a pass for her first assignment to a distinction for her second. At the end of the semester she told me shed decided to switch her teaching specialisation to English.

This is what my students have learned: how to read more than 200 words of a text at a time. How to write something about the way they feel. And, finally, how to notice that a text is doing something. Not to simply slump, bored, in front of a block of writing and hope that it goes away. How to notice that it is up to something. Perhaps, in the future, to read a little differently. To feel those ideas about literature, so angrily learned, change the way they see.

Theyve also learned to relax a little about some of the things that upset them. What they call profanity. Graphic descriptions of sex and masturbation. And interestingly enough, graphic descriptions of anger. Loaded in particular is a furious book. I love this line, spat out by Ari, Tsiolkass young bisexual Greek man: I read the papers. I see the news. I talk to people; white, black, yellow, pink, theyre all fucked. When I was 18 I felt the same way. Even now, it feels like a necessary part of growing up. In fact, it feels like a necessary part of being grown-up. You should always be ready to see whats fucked. But my students dont like it. Many of them choose Loaded to write about for their final essay because it is colloquial, fast-paced, easy to read; but almost all cant understand why Ari is so angry.

On a good day, I think they find Ari difficult because they themselves are generous people. They love their families, they are happy in the society theyve been brought up in, and look forward to doing good when they work with children.

On a bad day, I think they find Ari difficult because the distinction between adults and teenagers has been blurred. We all want the same things now: phones, clothes, and food to photograph. We are all consumers. Teenagers dont want to stick it to the man anymore. They are the man.

Every couple of weeks I have lunch with two close friends, long-time academics, to compare experiences, to offload some of the stuff weve seen. Its the same all over. Every academic is caught between their principles and the rewards that come from abandoning them, between the demands of capitalism and their old role as guardians of higher learning. Teaching is valued less and less; our new god is management. And all corrupt systems must have their collaborators. The three of us have developed a language to describe these academics-turned-middle-managers. We call them zombies. They stagger across the campus from meeting to meeting, a tickertape of acronyms flickering behind their undead eyes. One of us described a particular administrator-academic as a glitchy half-person; the self-guttering like a candle, glitching between real person and corporate stooge.

When we come up with these ways to describe our experience we become more cheerful. One of these friends has recently been through an extremely difficult engagement with upper management. We talked about the next administrative hurdle he had to leap and my friend said, Im not getting involved. Im powering down. He made a sound like a building whose power has just been shut off, dropping his head and letting his arms go slack. We began to laugh, as we always do when were together, and soon we were wiping away rueful tears. For a moment there, we were in charge. Language is power, and when we find the right way to frame our experience, were not being crushed by it.

This is what I want for my students. First, I want them to read a book, all the way through. I want them to find something difficult and do it anyway. Then, I want them to notice what a powerful tool literature is, to understand that without it we cant know ourselves or the society we live in. I want them to discover that if they learn to handle language theyll no longer be helpless, drowning in sugary gratification. Finally, I want them to see that reading breeds thinking, and thinking breeds resistance, and surely, especially right now, that is a good thing.

Monkey Grip, by Helen Garner
Loaded, by Christos Tsiolkas
Birds, by Judith Wright
The Dreamers, by Jack Davis
The Turning, by Tim Winton
Dog Fox Field, by Les Murray
The Merry-go-round in the Sea, by Randolph Stow
Capitalist Realism: Is There No Alternative? by Mark Fisher