Is everything you think you know about depression wrong? – Trending Stuff 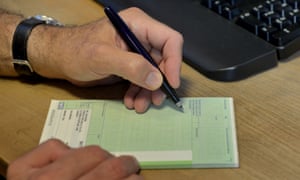 Most of the depressed and anxious people I know, I realised, are in the 87% who dont like their work. I started to dig around to see if there is any evidence that this might be related to depression. It turned out that a breakthrough had been made in answering this question in the 1970s, by an Australian scientist called Michael Marmot. He wanted to investigate what causes stress in the workplace and believed hed found the perfect lab in which to discover the answer: the British civil service, based in Whitehall. This small army of bureaucrats was divided into 19 different layers, from the permanent secretary at the top, down to the typists. What he wanted to know, at first, was: whos more likely to have a stress-related heart attack the big boss at the top, or somebody below him?

Everybody told him: youre wasting your time. Obviously, the boss is going to be more stressed because hes got more responsibility. But when Marmot published his results, he revealed the truth to be the exact opposite. The lower an employee ranked in the hierarchy, the higher their stress levels and likelihood of having a heart attack. Now he wanted to know: why?

And thats when, after two more years studying civil servants, he discovered the biggest factor. It turns out if you have no control over your work, you are far more likely to become stressed and, crucially, depressed. Humans have an innate need to feel that what we are doing, day-to-day, is meaningful. When you are controlled, you cant create meaning out of your work.

Suddenly, the depression of many of my friends, even those in fancy jobs who spend most of their waking hours feeling controlled and unappreciated started to look not like a problem with their brains, but a problem with their environments. There are, I discovered, many causes of depression like this. However, my journey was not simply about finding the reasons why we feel so bad. The core was about finding out how we can feel better how we can find real and lasting antidepressants that work for most of us, beyond only the packs of pills we have been offered as often the sole item on the menu for the depressed and anxious. I kept thinking about what Dr Cacciatore had taught me we have to deal with the deeper problems that are causing all this distress.

I found the beginnings of an answer to the epidemic of meaningless work in Baltimore. Meredith Mitchell used to wake up every morning with her heart racing with anxiety. She dreaded her office job. So she took a bold step one that lots of people thought was crazy. Her husband, Josh, and their friends had worked for years in a bike store, where they were ordered around and constantly felt insecure, Most of them were depressed. One day, they decided to set up their own bike store, but they wanted to run it differently. Instead of having one guy at the top giving orders, they would run it as a democratic co-operative. This meant they would make decisions collectively, they would share out the best and worst jobs and they would all, together, be the boss. It would be like a busy democratic tribe. When I went to their store Baltimore Bicycle Works the staff explained how, in this different environment, their persistent depression and anxiety had largely lifted.

Its not that their individual tasks had changed much. They fixed bikes before; they fix bikes now. But they had dealt with the unmet psychological needs that were making them feel so bad by giving themselves autonomy and control over their work. Josh had seen for himself that depressions are very often, as he put it, rational reactions to the situation, not some kind of biological break. He told me there is no need to run businesses anywhere in the old humiliating, depressing way we could move together, as a culture, to workers controlling their own workplaces.

With each of the nine causes of depression and anxiety I learned about, I kept being taught startling facts and arguments like this that forced me to think differently. Professor John Cacioppo of Chicago University taught me that being acutely lonely is as stressful as being punched in the face by a stranger and massively increases your risk of depression. Dr Vincent Felitti in San Diego showed me that surviving severe childhood trauma makes you 3,100% more likely to attempt suicide as an adult. Professor Michael Chandler in Vancouver explained to me that if a community feels it has no control over the big decisions affecting it, the suicide rate will shoot up.

This new evidence forces us to seek out a very different kind of solution to our despair crisis. One person in particular helped me to unlock how to think about this. In the early days of the 21st century, a South African psychiatrist named Derek Summerfeld went to Cambodia, at a time when antidepressants were first being introduced there. He began to explain the concept to the doctors he met. They listened patiently and then told him they didnt need these new antidepressants, because they already had anti-depressants that work. He assumed they were talking about some kind of herbal remedy.

He asked them to explain, and they told him about a rice farmer they knew whose left leg was blown off by a landmine. He was fitted with a new limb, but he felt constantly anxious about the future, and was filled with despair. The doctors sat with him, and talked through his troubles. They realised that even with his new artificial limb, his old jobworking in the rice paddieswas leaving him constantly stressed and in physical pain, and that was making him want to just stop living. So they had an idea. They believed that if he became a dairy farmer, he could live differently. So they bought him a cow. In the months and years that followed, his life changed. His depressionwhich had been profoundwent away. You see, doctor, they told him, the cow was an antidepressant.

To them, finding an antidepressant didnt mean finding a way to change your brain chemistry. It meant finding a way to solve the problem that was causing the depression in the first place. We can do the same. Some of these solutions are things we can do as individuals, in our private lives. Some require bigger social shifts, which we can only achieve together, as citizens. But all of them require us to change our understanding of what depression and anxiety really are.

This is radical, but it is not, I discovered, a maverick position. In its official statement for World Health Day in 2017, the United Nations reviewed the best evidence and concluded that the dominant biomedical narrative of depression is based on biased and selective use of research outcomes that must be abandoned. We need to move from focusing on chemical imbalances, they said, to focusing more on power imbalances.

After I learned all this, and what it means for us all, I started to long for the power to go back in time and speak to my teenage self on the day he was told a story about his depression that was going to send him off in the wrong direction for so many years. I wanted to tell him: This pain you are feeling is not a pathology. Its not crazy. It is a signal that your natural psychological needs are not being met. It is a form of grief for yourself, and for the culture you live in going so wrong. I know how much it hurts. I know how deeply it cuts you. But you need to listen to this signal. We all need to listen to the people around us sending out this signal. It is telling you what is going wrong. It is telling you that you need to be connected in so many deep and stirring ways that you arent yet but you can be, one day.

If you are depressed and anxious, you are not a machine with malfunctioning parts. You are a human being with unmet needs. The only real way out of our epidemic of despair is for all of us, together, to begin to meet those human needs for deep connection, to the things that really matter in life.

This is an edited extract from Lost Connections: Uncovering the Real Causes of Depression and the Unexpected Solutions by Johann Hari, published by Bloomsbury on 11 January (16.99). To order a copy for 14.44 go to guardianbookshop.com or call 0330 333 6846. Free UK p&p over 10, online orders only. Phone orders min p&p of 1.99. It will be available in audio at audible.co.uk