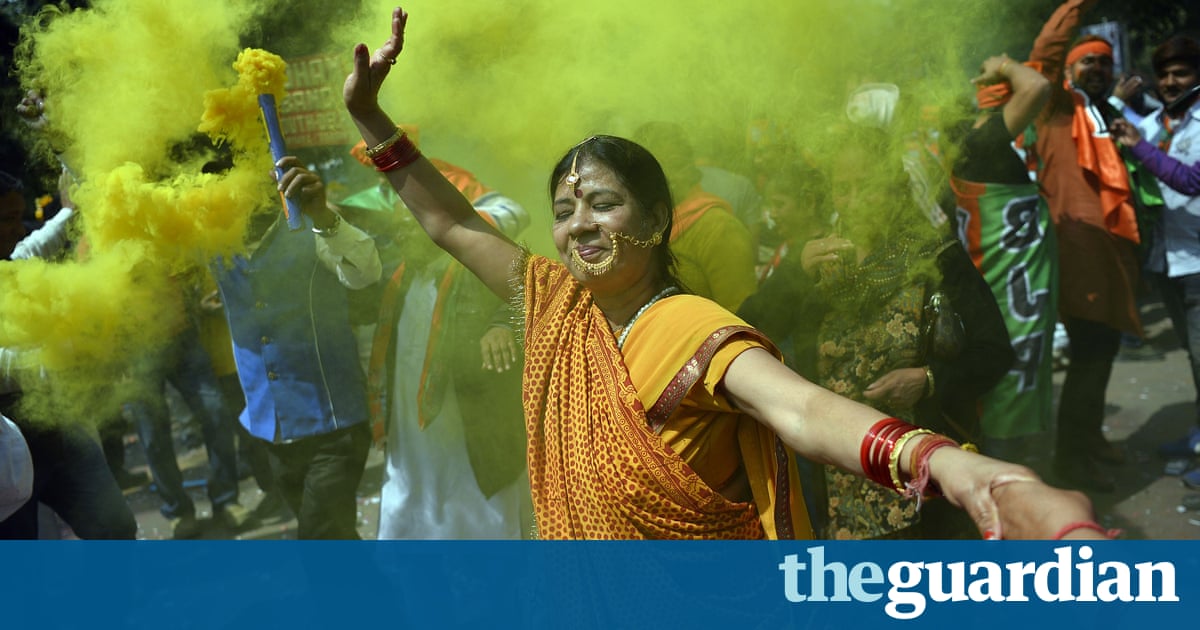 In Gorakhpur, the power base of a firebrand monk, religious tension grows

Pastor Ritesh Joshua had just called a tea break when he saw the men in the saffron scarves. More than a hundred, some wielding sticks, had massed outside his white stucco church on the outskirts of Gorakhpur, a temple town in eastern Uttar Pradesh, Indias most populous state. It was three days after Christmas.

They started shouting, You are converting people. We will not allow any conversions here, he says. They shoved people, turned over furniture, and told me, You are the main culprit.

The men, allegedly part of a religious activist group called the Hindu Yuva Vahini, cornered one of the parishioners. Smartphone footage shows the woman pulling her blue shawl tightly around herself as she answers questions about her involvement with the church. No one is forcing me to convert, she insists.

If the police hadnt arrived, we dont know what would have happened next, Joshua says. After the men left, everyone in the church was silent, so frightened. This is a time of testing for us.

Last week, the monk who founded the HYV, and whose firebrand Hindu supremacist vision guides the organisation, was selected by the party of prime minister Narendra Modi to lead the most populous state in India the equivalent of the sixth largest nation on earth.

Yogi Adityanaths appointment as chief minister of Uttar Pradesh, about a fifth of whose 200 million people are Muslim, is stunning, says Milan Vaishnav, at the Carnegie Endowment for International Peace, a foreign policy thinktank. He is an extremist in terms of his speeches, a very proud rabble-rouser, and somebody who doesnt have a claim to fame other than a dedication to a strident form of Hindu nationalism.

It is an important and disturbing moment, agrees Ramachandran Guha, an author and historian. It is the fringe moving to the mainstream.

The boyish face of Adityanath, 44, beamed down on Gorakhpur last week from thousands of green-and-saffron banners plastered along its main road. On Sunday, tens of thousands of people are expected to line the road for his triumphant return to Gorakhpur, the electorate he has represented for almost two decades in the Uttar Pradesh parliament.

Another addition to the city streets last week were squads of police officers hunting so-called Romeos. Along with a ban on buffalo slaughter, cracking down on amorous young men was a key campaign promise of the ruling Bharatiya Janata party. Officially, the police are targeting Eve-teasing, the endemic sexual harassment that blights some Indian streets. But critics instead see a crackdown on mixed-religion couples, in line with Adityanaths fevered, baseless warnings that Muslim men are trying to seduce Hindu women as part of love jihad.