(CNN)Immigration and Customs Enforcement has been targeting so-called “sanctuary cities” with increased enforcement operations in an effort to pressure those jurisdictions to cooperate with federal immigration agents, a senior US immigration official with direct knowledge of ongoing ICE actions told CNN.

A sanctuary city is a broad term applied to states, cities and/or counties that have policies in place designed to limit cooperation or involvement in the enforcement of federal immigration operations. More than 100 US jurisdictions — among them New York, Los Angeles and Chicago — identify as such.
High-ranking ICE officials have discussed in internal meetings carrying out more raids on those locations, said the source.
This week, a federal judge in Texas seems to have confirmed that tactic. US Magistrate Judge Andrew Austin revealed during an immigration hearing Monday that a mid-February raid in the Austin metro area was done in retaliation for a local sheriff’s recent decision to limit her department’s cooperation with ICE.
“There’s been questions about whether Austin is being targeted. We had a briefing…. that we could expect a big operation, agents coming in from out of town. There was going to be a specific operation, and it was at least related to us in that meeting that it was a result of the sheriff’s new policy that this was going to happen,” Austin says in audio of the proceedings provided by the court.
The judge’s comments came as he questioned an ICE agent about a recent unrelated arrest.
Austin said that in a late January meeting, local ICE officials told him and another federal judge that an upcoming enforcement operation was being done in direct response to Sheriff Sally Hernandez’s adoption of a sanctuary policy in Travis County.
Earlier this year, Hernandez announced that beginning in February, her department would no longer honor ICE detainers unless the individual was arrested for murder, sexual assault or human trafficking, or a warrant had been issued. A detainer is a 48-hour hold request placed on suspected undocumented immigrants in local jails until federal agents can come in and take over the case.

A showdown in Travis County, Texas

It is a significant shift in the county’s immigration enforcement policy that has put the newly elected Democratic sheriff at odds with pro-enforcement local and state officials, including the Texas Senate, which recently passed a bill that withholds state dollars from sanctuary cities and Gov. Greg Abbott, who cut $1.5 million in funding to the county.
Days after Hernandez enacted the new measure, a series of immigration raids in Austin netted 51 arrests, fueling speculation that the city was being intentionally targeted. The judge’s comments in open court have further fanned those flames.
“My understanding, what was told to us, is that one of the reasons that happened was because the meetings that had occurred between the (ICE) field office director and the sheriff didn’t go very well,” said Judge Austin during the hearing. CNN reached out to the judge, but he declined to comment further.
Hernandez refused to comment because she was not present at the meeting between the judges and immigration agents.
ICE categorically denied any suggestion that planned operations were specifically aimed at the sheriff’s county.
“Rumors and reports that recent ICE operations are specifically targeting Travis County, Texas, apart from normal operations, are inaccurate,” read a statement from ICE, although it did go on to say that “more ICE operational activity is required to conduct at-large arrests in any law enforcement jurisdiction that fails to honor ICE immigration detainers.” 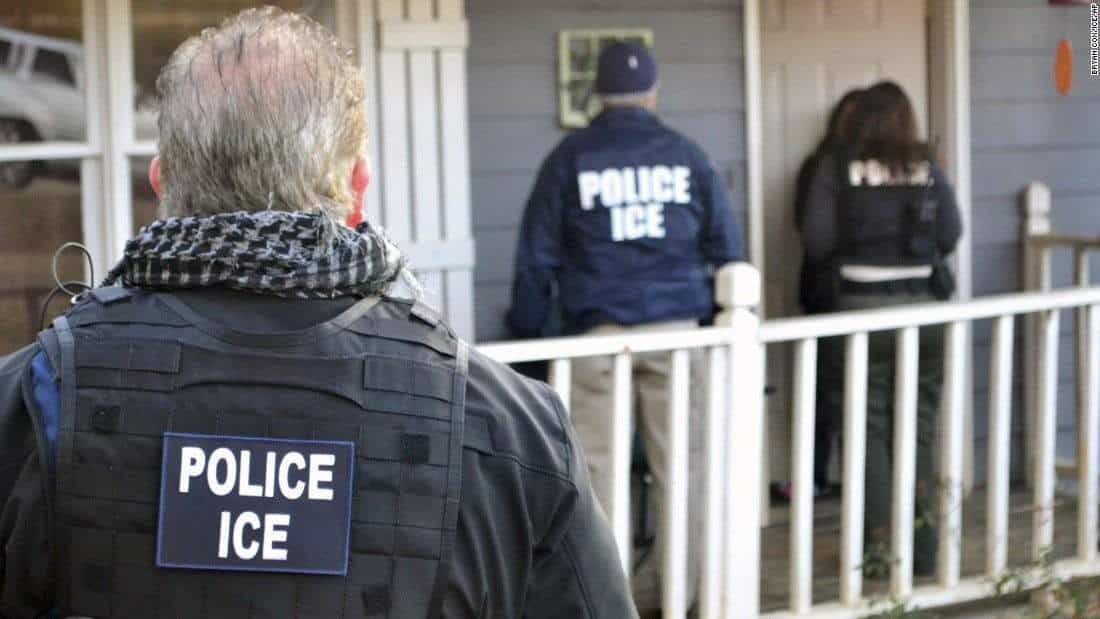 This increase in “operational activity” in sanctuary cities is one of the ways ICE is turning up on the heat on local authorities and part of a broader strategy to coerce cooperation, according to the senior immigration official who agreed to speak on condition of anonymity.
Officials in several sanctuary cities began complaining that they may be getting intentionally targeted after a series of raids around the country in February resulted in almost 700 arrests, but ICE described these operations as routine and said they were planned during the previous administration.
The senior immigration official pointed out that the raids overwhelmingly took place in sanctuary jurisdictions.
According to a representative from a pro-immigrant organization, during a recent meeting between ICE and some non-governmental organizations shortly after this operation took place, concerned pro-immigrant advocates were told by a high-ranking ICE official that if their agents were not going to be granted access to local jails, they had no choice but to carry out large-scale apprehensions in other public places or homes.
She said the message was clear: cooperate or expect more raids. She was shocked to discover that for the first time, anti-illegal immigration, pro-enforcement groups, such as the Center for Immigration Studies, which has been designated a hate group by the Southern Poverty Law Center, also had been invited to participate.
Regular meetings between ICE and solely pro-immigrant groups were established in 2003 by the Bush administration in order to get the community’s input on enforcement actions and other concerns.
ICE would not comment about those invited to the meeting.

ICE has denied that any enforcement operations are meant as retribution against sanctuary jurisdictions, and reiterates that the raids are a continuation of the agency’s normal actions aimed at keeping the public safe.
“ICE regularly conducts targeted enforcement operations across the country to enhance public safety and national security, and to ensure the integrity of our nation’s immigration system,” the agency said in response to these allegations. “Our enforcement actions are not random and target specific violators based on prior intelligence.”
What appears to be happening, however, is that the Trump administration has begun ratcheting up pressure on sanctuary cities. 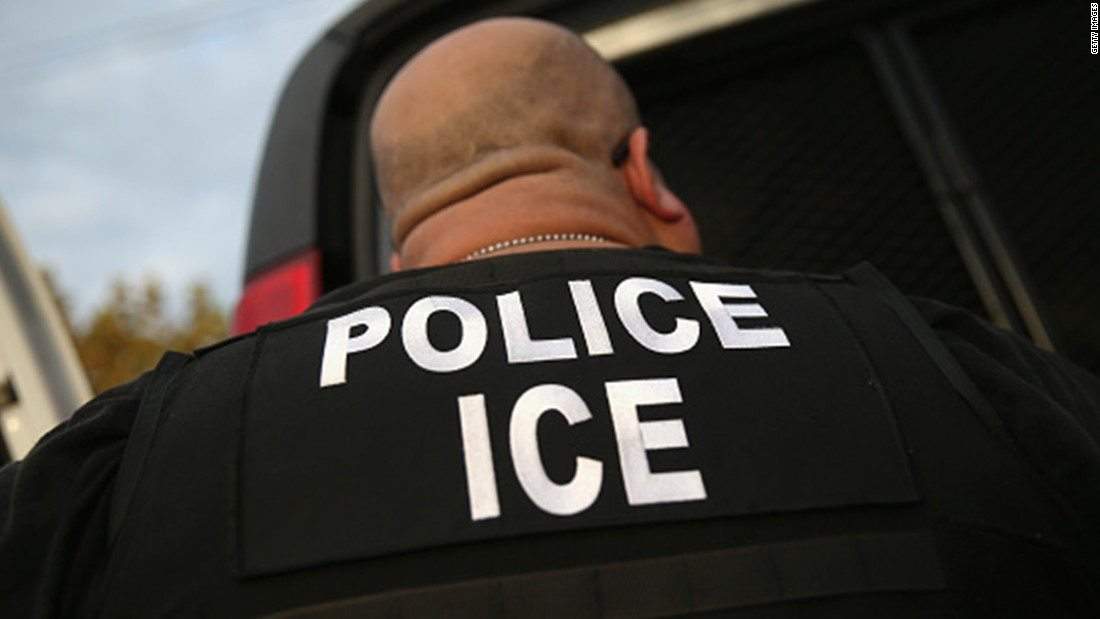 On Monday, the Department of Homeland Security published its first weekly report naming jurisdictions that refuse to hold and release immigrants who could be subject to deportation. Along with the nationwide list of places that have regularly failed to honor hold requests for individuals charged or convicted of a crime between January 28 and February 3, DHS also highlights the 10 counties that had the most declined detainers.
Sheriff Hernandez’s Travis County in Texas is listed near the top. Based on the report, her jurisdiction had declined 128 ICE detainers and released dozens of inmates in that time period, a statistic that has intensified condemnations from her critics for her change in policy.
The sheriff countered the report by saying that it covers the period just before her policy went into effect on Feb. 1, and that since then the number of declined detainer requests has gone down. 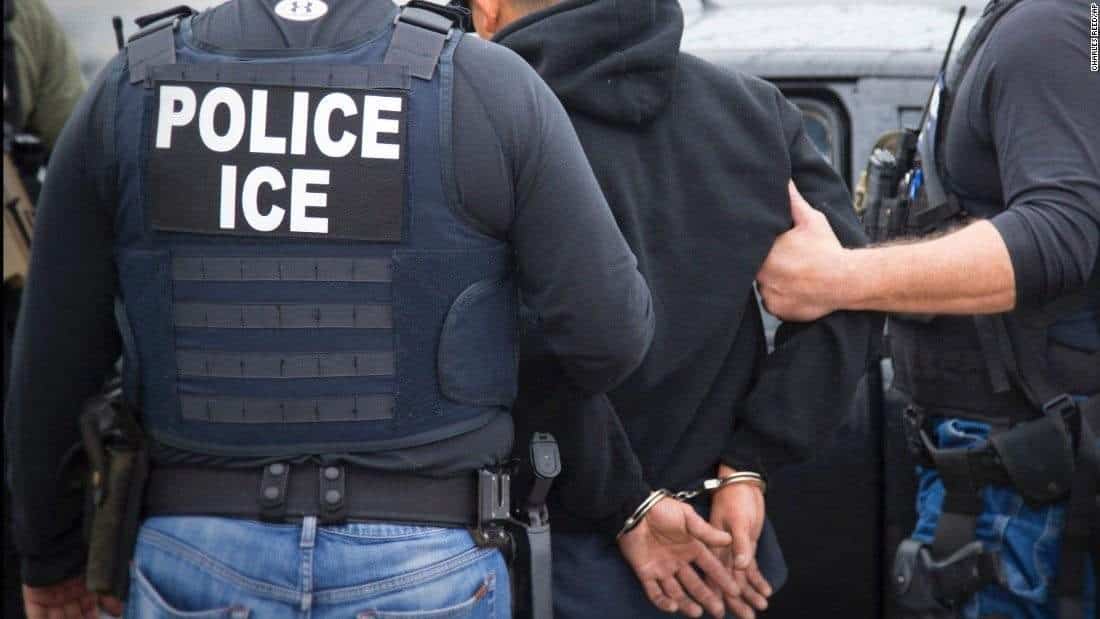 President Donald Trump has argued that sanctuary cities endanger public safety and national security by harboring criminals and failing to turn over suspected and convicted criminals to federal authorities, thus the need for coordination with local authorities and enhanced enforcement operations.
Throughout the campaign and since taking office, he has made cracking down on illegal immigration and sanctuary cities a top priority.
Officials in most of these sanctuary cities have responded, however, by remaining steadfast in their commitment to sanctuary policies. But while some cities, including Los Angeles and New York, have recently adopted additional measures to protect their undocumented immigrant population, every indication is that they should brace themselves for more raids.