(CNN)Three US Green Berets were killed and two others were wounded in southwest Niger near the Mali-Niger border when a joint US-Nigerien patrol was attacked Wednesday, US officials told CNN.

A US official told CNN that initial indications are the Green Berets were ambushed by up to 50 fighters that are regarded as affiliated with ISIS.

US Africa Command, which oversees military operations in Africa, issued a statement Thursday saying both wounded US service members were “evacuated in stable condition to Landstuhl Regional Medical Center in Germany.”

The attack occurred approximately 200 km north of the country’s capital, Niamey, in southwest Niger, according to the announcement from Africa Command.

Five Nigerien soldiers also were killed in the attack, according to a Nigerien security official.

The officials cautioned that this was still an early assessment. The Green Berets were part of a group advising and assisting local forces when they were attacked.

A US defense official told CNN that operations are underway in the region to locate the attackers.

A spokeswoman for the French Ministry of Defense confirmed that French troops from the Barkhane anti-terror force based in Chad are now involved in an operation in Niger. She said the operation is being led by Niger and the French troops are there to support them.

She added that no French soldiers were killed during Wednesday night’s ambush.

US Africa Command confirmed in a statement Thursday morning that three US service members were killed in the attack and said the names were being withheld pending the notification of next of kin.

“US forces are in Niger to provide training and security assistance to the Nigerien Armed Forces, in their efforts to counter violent extremist organizations in the region,” the announcement said. 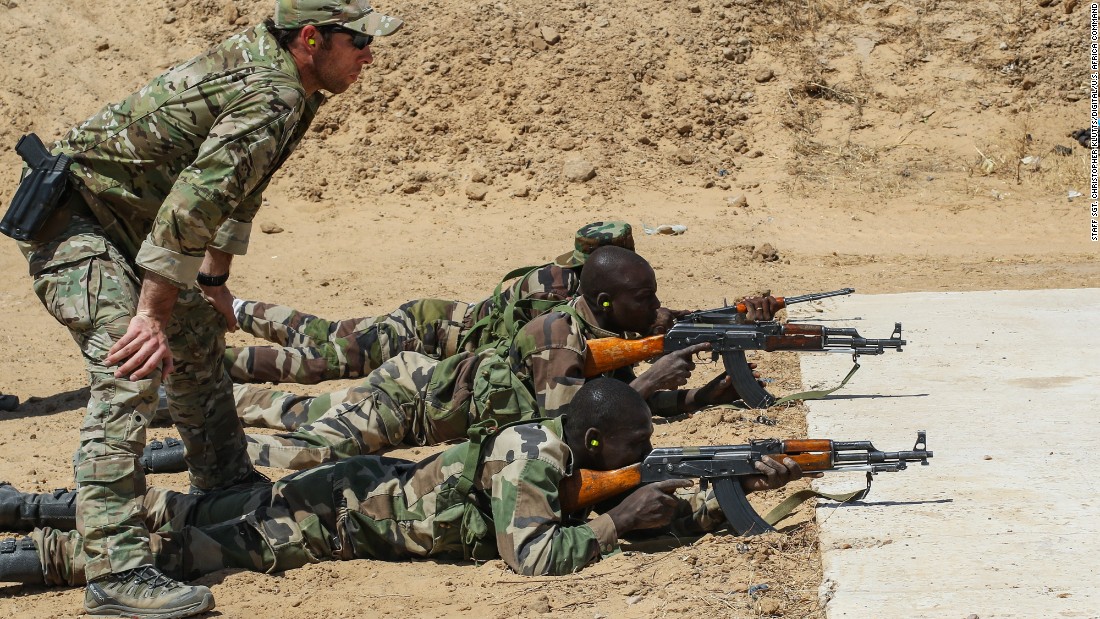 Supporting role for US military in Niger

There are about 800 US troops in Niger, and the US military has maintained a presence in the northwest African country for five years, with small groups of US Special Operations Forces advising local troops as they battle two terrorist groups, ISIS-affiliated Boko Haram and al Qaeda’s North African branch, al Qaeda in the Islamic Maghreb.

“Niger is an important partner of ours, we have a deep relationship with them,” Lt. Gen. Kenneth McKenzie, the director of the Joint Staff, told reporters at the Pentagon Thursday.

“We are committed to that relationship, we believe that they are as well. In fact, I think it’s a very good success story,” he added.

US officials watch Chad, Niger and Mali as being particularity important as they serve as bridges between north and sub-Saharan Africa, stating that local al Qaeda and ISIS affiliates use their control of these transit routes to gain revenue which helps them recruit, export and expand strikes. ISIS uses these North-South transit routes to move fighters northward, where they could gain more readily access Europe and the West.

One official told CNN that ISIS is attempting to illegally infiltrate the gold mining industry in Niger to sell on the black market and finance world terrorism.

Al Qaeda in the Islamic Maghreb has maintained a presence in the Mali-Niger border area, despite a multi-year French-led military counterterrorism effort, Operation Barkhane, which started in 2014.

The US military has largely played a supporting role, providing intelligence, surveillance and reconnaissance assets in support of French forces working in Mali and Niger. The French operation involves thousands of French troops in addition to forces from Germany, Mali, Niger and other countries .

And while US troops largely play a supporting role, military leaders acknowledge the dangers they face.

“Clearly there’s risks for our forces in Niger,” McKenzie said while declining to discuss the specifics of Wednesday’s attack, citing “ongoing partnered operations.”

“Any time we deploy full forces globally we look very hard at the enablers that need to be in place in order to provide security for them and that ranges from the ability to pull them out if they’re injured to the ability to reinforce them at the point of a fight if they need reinforcement,” he added. 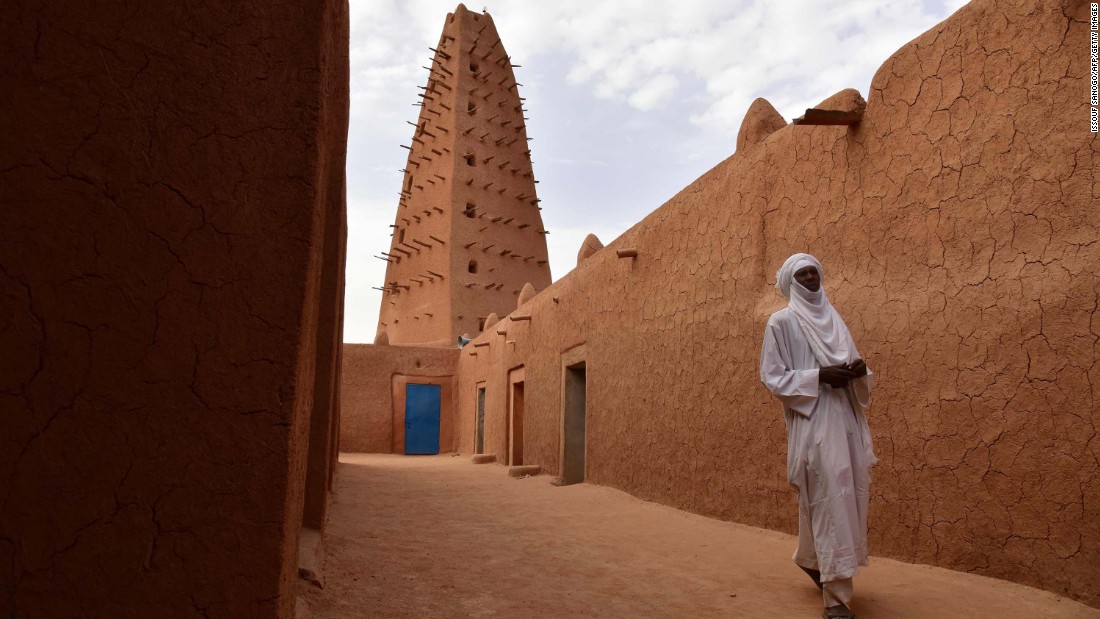 “US forces are in Niger to provide training and security assistance to the Nigerien Armed Forces, including support for intelligence, surveillance and reconnaissance efforts, in their efforts to target violent extremist organizations in the region,” said US Navy Lt. Cmdr. Anthony Falvo, a spokesman for US Africa Command, including, “one aspect of that is training, advising and assisting the Nigeriens in order to increase their ability to bring stability and security to their people.”

Those two missions, the first under the Trump administration, suggest US officials have become increasingly worried that the terror group is regaining strength in Libya.

More than two dozen ISIS fighters were killed in the airstrikes, US Africa Command said.

While the ISIS presence in Libya has been considerably reduced following a near five-month-long US air campaign against the terror group in the final stretch of the Obama administration, little groups of ISIS fighters had begun to reconstitute themselves in remote desert areas, taking advantage of the lingering instability caused by the Libyan civil war. 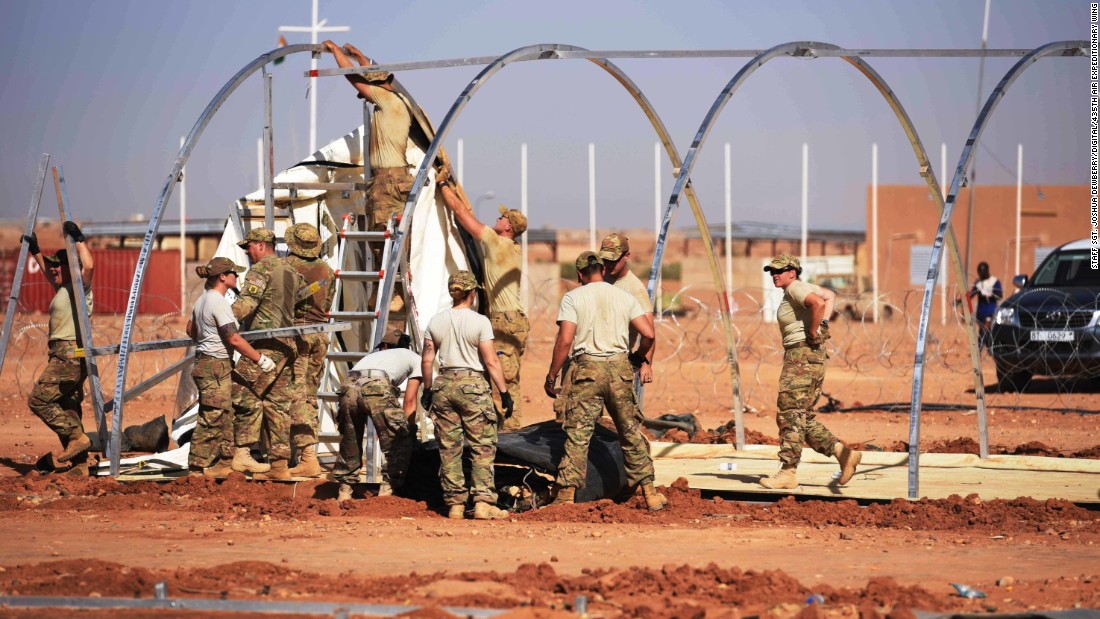 “ISIS and al Qaeda have taken advantage of ungoverned spaces in Libya to establish sanctuaries for plotting, inspiring and directing terror attacks; recruiting and facilitating the movement of foreign terrorist fighters; and raising and moving funds to support their operations,” US Africa Command said in a September 28 announcement.

US Africa Command failed to specify where the US drones used in the Libya strikes were launched from, but the Pentagon is in the process of establishing a drone base just outside the city of Agadez in Niger in an attempt to bolster regional counterterrorism efforts.

The US has been using a regional Nigerien airport while the base is under construction, based on US Africa Command.

A US Africa Command news release dated October 2 states the construction of the Agadez airbase “is projected to be the biggest military labor troop project in US Air Force history.”

“While nearby terrorist cells and human smuggling are an ongoing threat, the remote location makes daily operations a task unto themselves,” says the story posted on the US Africa Command’s website.

Wednesday’s casualties were not the first this year in the US fight against terror groups in Africa.

In May, a US Navy SEAL was murdered in Somalia during an operation against local al Qaeda affiliate al Shabaab.

The SEAL was the first US service member killed in action in Somalia since 1993, when two Black Hawk helicopters were shot down and 18 American soldiers were killed in the Battle for Mogadishu.