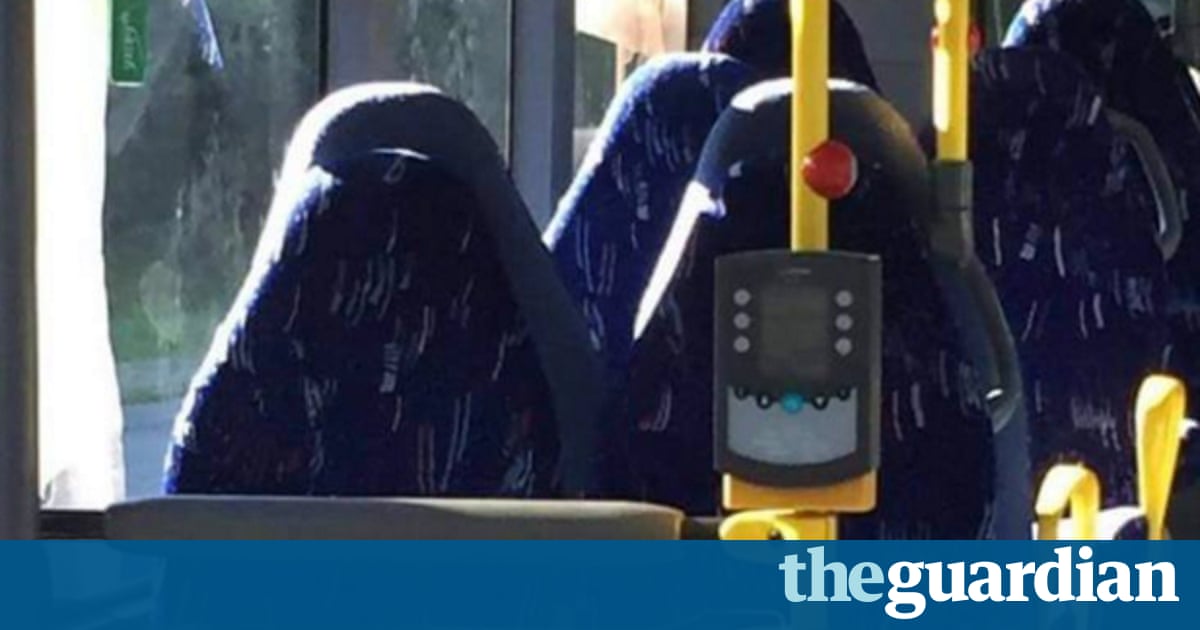 A Norwegian anti-immigrant group has been roundly ridiculed after members mistook a photograph of six bus seats posted on its Facebook page to get a group of girls wearing burqas.

Tragic, terrifying and disgusting were among the comments posted by members of the closed Fedrelandet viktigst, or Fatherland first, group beneath the photograph, based on screenshots on the Norwegian news site Nettavisen.

Other members of this 13,000-strong group, for individuals who love Norway and appreciate what our ancestors fought for, wondered if the non-existent passengers might be carrying bombs or weapons beneath their garments. This looks scary, composed one. Should be banned. You cant tell whos underneath. Could be terrorists.

Further comments read: Ghastly. This should never occur, Islam is and always will be a curse, Get them out of our country frightening times we’re living in, and: I thought it would be like this in the year 2050, but it is happening NOW, based on thelocal.no and other media.

The picture was posted to get a joke a week by Johan Slttavik, who has described himself as Norways worst net of it, beneath a query What do people think of this?

Slttavik told Nettavisen and Norways TV2 he wished to underline the difference between legitimate criticism of blind and immigration racism, and was curious to see how individuals perceptions of an image are influenced by others around them react. I ended up having a good laugh.

It went viral in Norway after Sindre Beyer, a former Labour party MP who said he’s been following Fatherland first for a while, published 23 pages of screenshots of those groups outraged comments.

What happens when a photo of some bus seats that are vacant is posted to a disgusting Facebook group, and nearly everybody thinks they see a whole lot of burqas? He asked in a post shared more than 1,800 times.

The comments suggested the huge majority of the groups members saw the photo as evidence of the Islamification of Norway, even though a small number pointed it out was in fact an image of bus seats. One warned the group made itself look ridiculous.

Beyer told Nettavisen: Im shocked at just how much news and hate is spread [on the Fedrelandet viktigst page] . So much hatred against bus seats that are vacant demonstrates that wisdom is won out over by bias.

Norway recently became the latest European country to propose restrictions on the wearing of burqas and niqabs, tabling a law which will bar them from kindergartens, schools and universities. France, the Netherlands, Belgium, Bulgaria and the German state of Bavaria all limit veils in some places.

The countrys minority government, a coalition of the Conservatives and the Progress party that faces elections next month, said in June it was confident it would find resistance support.

Per Sandberg, then acting integration and immigration minister, told a media conference that garments like burqa or the niqab don’t belong in Norwegian schools. The ability to communicate is a basic value.