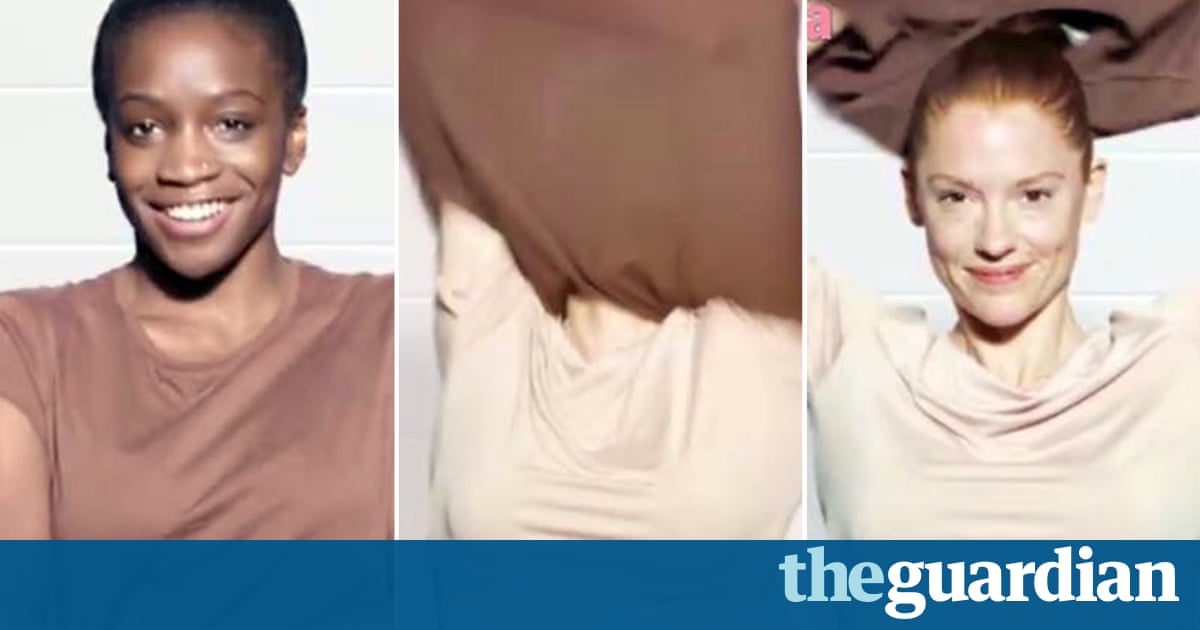 Dove has apologised after publishing an advert on its Facebook page which showed a black woman turning into a white woman.

The brand was accused of racism over the online advertising campaign and it later admitted it had missed the mark with an image posted on Facebook.

The advert showed a black woman removing her top to reveal a white woman underneath supposedly after using Dove body lotion.

The campaign has since been removed from Facebook but was shared by Naomi Blake, an American makeup artist who goes by the name Naythemua.

So Im scrolling through Facebook and this is the #dove ad that comes up ok so what am I looking at, she wrote as the caption.

Under the post, she was asked if people would be offended if the white woman had turned into a black woman. She said: Nope, we wouldnt and thats the whole point. What does America tell black people? That we are judged by the color of our skin and that includes what is considered beautiful in this country.

She added that Doves marketing team should have known better and said the tone deafness in these companies makes no sense.

Following the removal of the advert, Dove, which is owned by Unilever, tweeted: An image we recently posted on Facebook missed the mark in representing women of colour thoughtfully. We deeply regret the offence it caused.

In a further statement Dove said: As a part of a campaign for Dove body wash, a three-second video clip was posted to the US Facebook page.

This did not represent the diversity of real beauty which is something Dove is passionate about and is core to our beliefs, and it should not have happened.

We have removed the post and have not published any other related content. We apologise deeply and sincerely for the offence that it has caused.

However the damage was done and the nearly 3,000 comments below the tweet were almost exclusively negative. Many social media users called for a boycott of Doves products.

Ava DuVernay, the director of the film Selma, was one of many prominent people to criticise both the advert and the apology. She said on Twitter: You can do better than missed the mark. Flip + diminishing. Deepens your offence. You do good work. Have been for years. Do better here.

The trans model Munroe Bergdorf, who recently was at the centre of a racism row with LOreal, tweeted to say: Diversity is viewed as a buzzword or a trend. An opportunity to sell product to women of colour. Dove Do better.

Others pointed out this was not the first time the company has been accused of racism. In 2011 Doves before-and-after advert charted the transition of a black woman to a white woman after using its body wash.

At the time, Dove said in a statement: All three women are intended to demonstrate the after product benefit. We do not condone any activity or imagery that intentionally insults any audience.