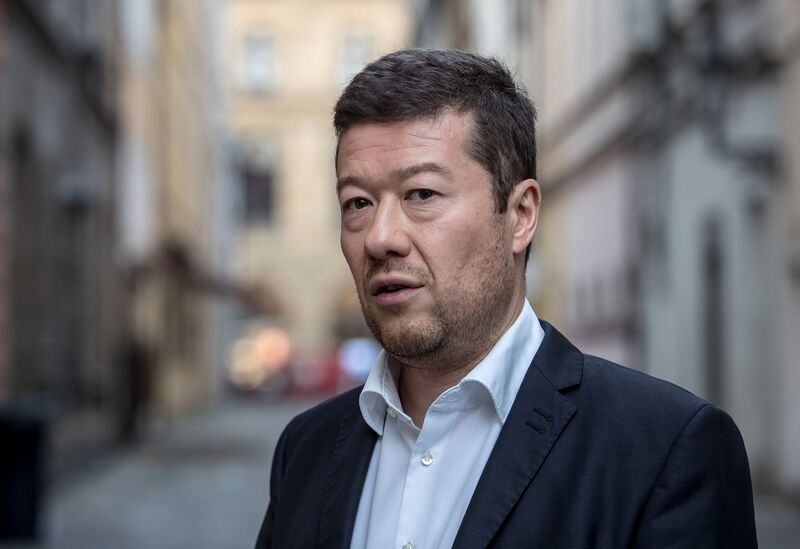 Tomio Okamura’s background is about as multicultural as you can get. The son of a Czech mother and a Japanese-Korean father, he suffered racist bullying in Japan and the Czech Republic that was so severe he developed a stutter and wet his bed until the age of 14.

Which may or may not help explain why his Czech political party is adamantly opposed to immigration, wants the country to leave the European Union and compares Islam to “Hitler-style Nazism.” The message is resonating: Okamura’s Freedom and Direct Democracy may become the fourth-strongest party in parliament after next week’s elections.

“We are living under a total EU dictatorship,” the 45-year-old politician said in a pub in Prague’s historical center. “Not even the Soviet Union dared to dictate to us who should live here and who shouldn’t.”

The burgeoning appeal of the party, known as SPD, mirrors the recent electoral surge of the nationalist AfD in neighboring Germany and the likelihood that Austria’s Freedom Party will become a part of the ruling coalition after Sunday’s elections. In Eastern Europe, far-right agendas are already represented by Hungary’s ruling Fidesz party and the opposition Jobbik as well as Slovakia’s People’s Party, whose leader has openly praised the country’s World War II fascist regime.

In the Czech Republic, which accepted only 12 out of the 1,600 refugees it was required to take in under the EU migrant redistribution system, the anti-immigrant rhetoric has spilled over to most political parties. Among them: the ruling Social Democrats and their coalition partner ANO, which leads in polls. In June, the EU launched infringement procedures against members Czech Republic, Hungary and Poland for their opposition to shelter refugees via the shared national quotas.

Okamura has accused Muslims of propagating terrorism and advocates “zero tolerance” toward accepting asylum-seekers. He has urged locals to stop buying kebab and to harass Muslims by walking dogs and pigs near the two mosques in the country of 10.6 million. Hatem Berrezouga, a Tunisian tourism guide who has lived in Prague since 1998, blogged that such a stance was “extremely disturbing in a democratic, law-abiding country.”

Okamura’s response: “I’m totally allergic to racism and xenophobia because I experienced it first-hand,” he said in his signature rapid-fire delivery, with no traces of the former stutter. “But Islam is not a race. It’s not even a religion. It’s an evil ideology.”

This rhetoric has turned him into a political pariah, rebuffed as a coalition partner by Prime Minister Bohuslav Sobotka and ANO chairman and billionaire Andrej Babis. Still, if the SPD and the country’s Communists fare as expected in Oct. 20-21 elections, coalition talks may get complicated. Okamura is scheduled to face off against Babis, who is favored to win the election, and a third party leader in a national TV debate on Sunday.

“If the SPD really gets 9 percent of the vote, it will no longer be possible to ignore it,” said Kamil Svec, a political-science professor at Charles University in Prague. “Add the Communists, and a full fifth of the Parliament will represent severely disenfranchised voters.”

When Okamura was five, his family moved from Japan to a small town in what was then Communist-ruled Czechoslovakia. Due to family problems, he spent a part of his childhood in an orphanage, where he developed a stutter because of the racist taunts. He also said the bed-wetting kept him from participating in ski trips and other school outings.

To escape the pervasive discrimination, he dropped out of college and at 21 moved to Japan, where the prejudice intensified. Treated as a “half-breed,” he ended up working as a garbage collector and later sold popcorn at a movie theater. Eventually, he returned and became a successful tourism entrepreneur, catering to Asian tourists visiting Czech castles and spas.

Already a public figure thanks to his role as the spokesman of travel agents’ association, Okamura ran for the presidency, unsuccessfully, before founding his first party, the Dawn of Direct Democracy, in 2013. Two years later, after internal squabbles within Dawn, he quit the formation to set up the SPD.

Despite Okamura’s zero chance of gaining power, his party’s popularity has risen in recent months to a range of 7 percent to 9.2 percent and he’s currently the second-most popular party leader in the country, according to polls.

“I will vote for Okamura because I care about the safety of this country and my children,” said Jaroslav Samek, 52, who was sipping a latte in a Starbucks in a suburban shopping mall and runs a business importing cheese from Italy and France. “The EU isn’t fulfilling its basic function, which is to protect its citizens.”