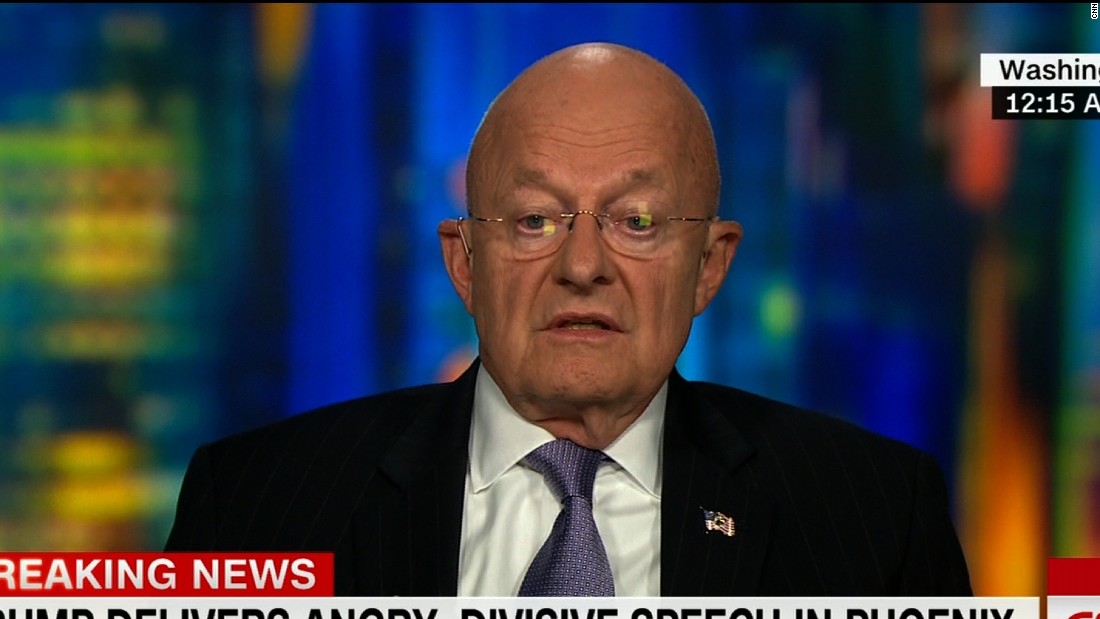 “How much longer does the country have to, to borrow a phrase, endure this nightmare?”

“He should have quit while he was ahead after last night,” Clapper referring to Trump’s announcement on US strategy in Afghanistan. “Again, I think the real Trump came through.”

Clapper also said he is concerned about the President’s access to the nuclear codes.

“In a fit of pique he decides to do something about Kim Jong Un, there’s actually very little to stop him,” Clapper said. “The whole system is built to ensure rapid response if necessary. So there’s very little in the way of controls over exercising a nuclear option, which is pretty damn scary.”