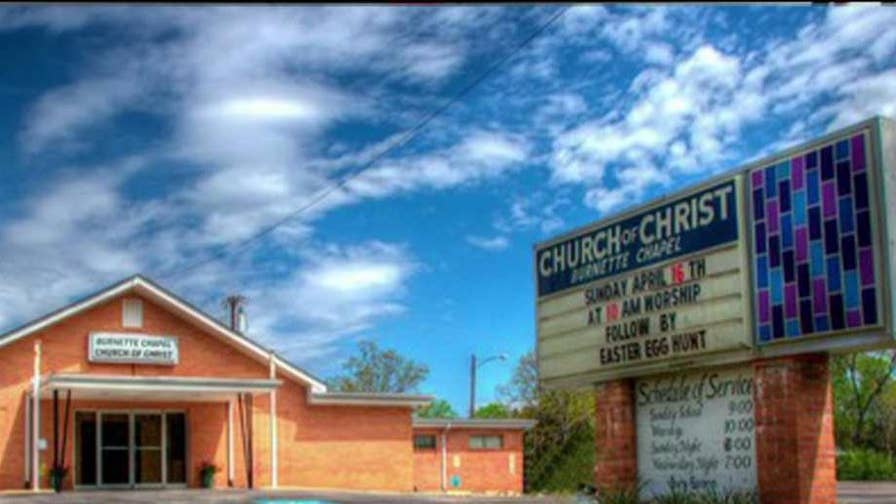 One woman was killed and seven other people were hurt after a suspect identified as a Sudanese immigrant opened fire at a Tennessee church Sunday, police said, as federal officials told Fox News the FBI will initiate a civil rights investigation into the shooting.

The suspect, 25-year-old Emanuel Kidega Samson, immigrated from Sudan two decades ago, police said. He’s suspected of bringing two pistols and a mask to the predominantly white Burnette Chapel Church of Christ in Antioch, southeast of Nashville, before opening fire just after 11 a.m.

Metropolitan Nashville Police Department tweeted that Samson had been released from the hospital and will be charged with murder and attempted murder.

An usher, identified as Robert Engle, 22, confronted the gunman at one point and was pistol-whipped, causing “significant injury around his head,” police added. They said Engle went to his own car, grabbed a pistol and headed back into the church.

Law enforcement confirmed Samson is a legal U.S. resident who immigrated from Sudan in 1996.

It was initially reported that the gunman shot himself, although police said it’s unclear whether he shot himself or the gun unintentionally discharged during his scuffle with Engle.

Police said that Burnette Chapel churchgoers recognized Samson as attending their church one to two years ago, but noted he hadn’t attended services “in quite a while.”

One woman was killed and seven others wounded when a gunman opened fire at the Burnette Chapel Church of Christ on Sunday.  (Metropolitan Nashville Police Department)

The woman who was shot and killed in the church parking lot, identified as Melanie Smith, 39, was walking to her car when she was hit, police said.

The gunman, with his blue vehicle still running in the parking lot, then entered the back of the church and shot six people – three women and three men – who were rushed to the hospital, police said.

Katherine Dickerson, 64, was in stable condition at Skyline Medical Center. Engle was also being treated at Skyline.

Nashville Christian School wrote on Facebook that David Spann, nicknamed Joey, is a Bible teacher at the school, in addition to working as a high school and middle school basketball coach.

Several witnesses claimed the shooter was wearing a “clown mask” when he opened fire, but police said what he wore more closely resembled a ski mask.

Megan Barry, mayor of Metropolitan Nashville and Davidson County, said in a statement that the shooting “is a terrible tragedy for our city. My heart aches for the family and friends of the deceased as well as for the wounded victims and their loved ones.”

Gov. Bill Haslam added that he and his wife, Crissy, were praying for the victims and “committed to supporting the Antioch community in the aftermath of this tragedy.”

The church has a weekly service starting at 10 a.m. Sunday. The surrounding area was closed off as police investigated the situation.

Fox News’ Jake Gibson and The Associated Press contributed to this report.