For civilians held as human shields by the extremists, supplies have run low and drinking water is scarce 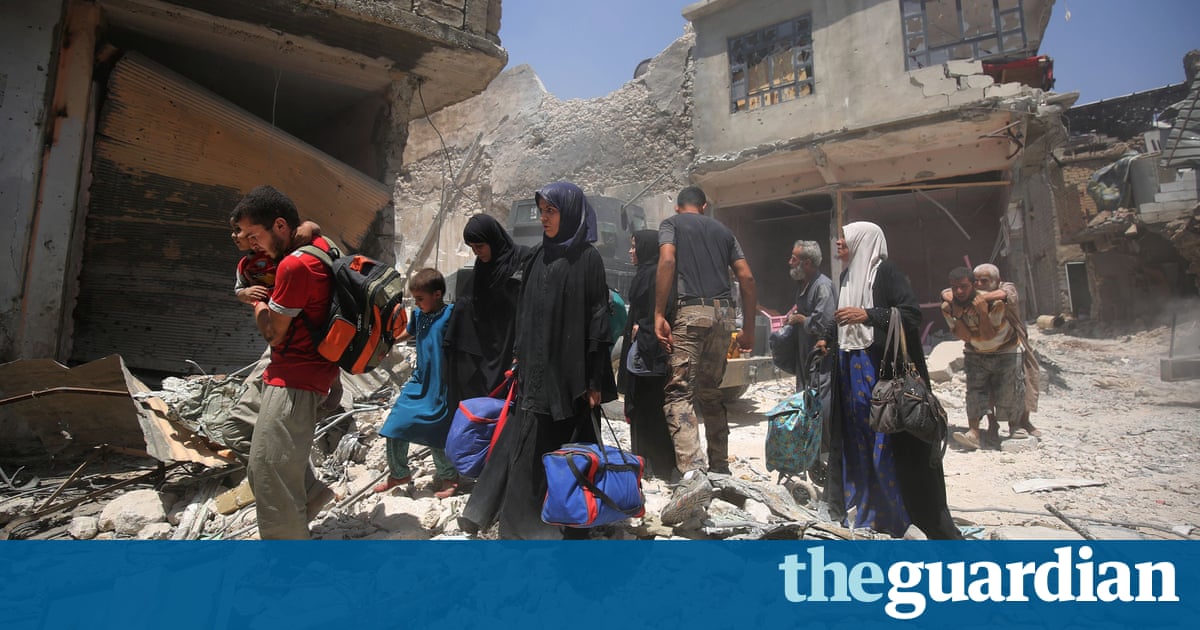 Hundreds of civilians fled Mosuls Old City on Friday as Iraqi forces slowly squeezed the last pockets of Islamic State resistance, and the UN warned that the intense and concentrated fighting put innocent lives in even greater danger.

People climbed over mounds of rubble and through narrow alleys as gunshots and explosions rang out nearby. The neighborhoods where government forces are fighting have been under siege for months as grueling urban warfare drew out the operation to retake Iraqs second-largest city.

For the civilians held as human shields by the extremists, supplies have run low and drinking water is scarce, according to residents interviewed at screening centres and clinics.

The battles came a day after Iraqi forces made significant gains against the militants and Prime Minister Haider al-Abadi declared an end to the groups self-proclaimed caliphate.

After a dawn push on Thursday, Iraqi forces retook the symbolic site where the al-Nuri Mosque once stood. It was from the pulpit of the 12th century mosque, which the militants blew up last week along with its famous leaning minaret, that their leader Abu Bakr al-Baghdadi had proclaimed the caliphate in 2014.

During the evening, al-Abadi announced the full liberation of Mosul was near and that Iraqs brave forces will bring victory.

Lt Gen Abdul Wahab al-Saadi said by Friday afternoon the special forces were within 700 metres of the Tigris River, which roughly divides Mosul into eastern and western halves.

The operation to retake Mosul, backed closely by the US-led coalition, began in October, with the Iraqi government initially vowing the city would be liberated in 2016.