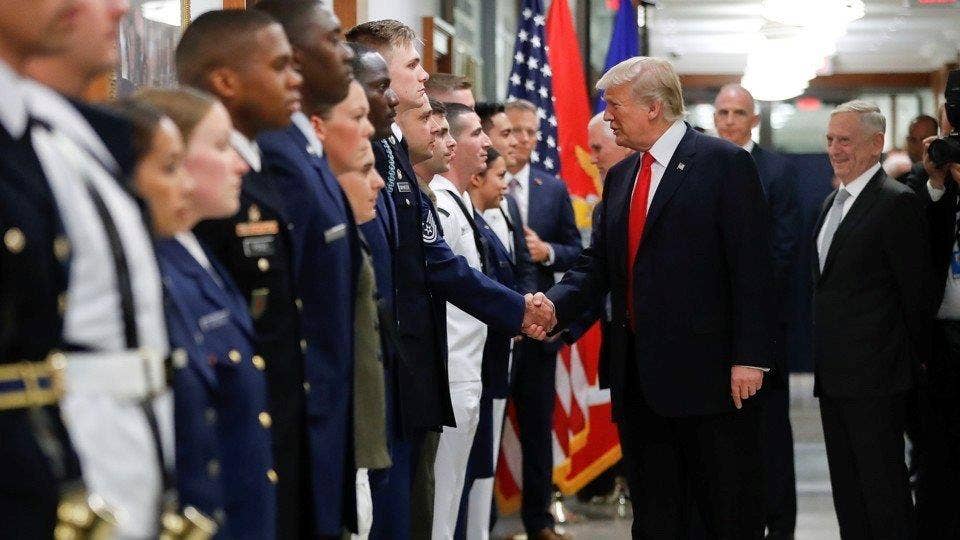 President Trump has ordered the military to stop admitting transgender individuals into the military, sending guidance to the Pentagon on Friday that the White House wants implemented by March of 2018, Fox News has learned.

Transgender service members have been able to serve openly in the military since last year when then-Secretary of Defense Ash Carter, during the Obama administration, lifted the prior ban.

Trump first announced the transgender policy on Twitter on July 26, posting a series of tweets reinstating a ban on transgender individuals in the military that was lifted by then-President Barack Obama at the end of his second term.

The president praised the armed forces in his weekly presidential address, released Friday.

“Every person who puts on the uniform makes our nation proud,” Trump said. “They all come from across our land. They represent every race, ethnicity, and creed. But they all pledge the same oath, fight for the same cause, and operate as one team – with one shared sense of purpose.”