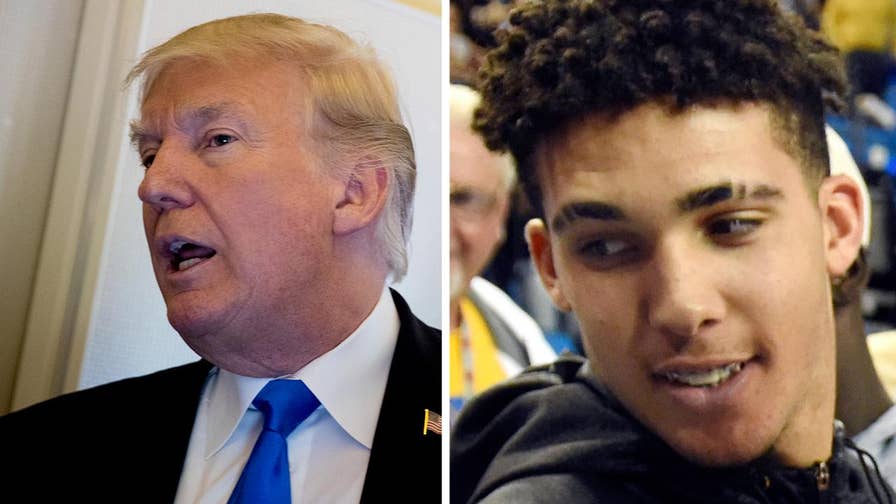 Three UCLA basketball players who were arrested in China for allegedly shoplifting while their team was in the country for a tournament last week returned to the U.S. Tuesday.

UCLA Men’s Basketball players LiAngelo Ball, Jalen Hill and Cody Riley were arrested after being accused of stealing designer sunglasses from a Louis Vuitton store next to the team’s hotel in Hangzhou. They arrived at Los Angeles International Airport late Tuesday afternoon following a 12-hour flight from Shanghai. The rest of the team flew back last Saturday.

Pac-12 Commissioner Larry Scott said Tuesday the matter “has been resolved to the satisfaction of the Chinese authorities.”

President Trump personally asked Chinese leader Xi Jinping to help resolve the case during his visit to Beijing last week, Fox News confirmed. Scott thanked Trump, the White House and the State Department for their efforts in resolving what he called “the incident with authorities in Hangzhou, China.” He indicated UCLA made “significant efforts” on behalf of its three players.

The team was playing their season-opening game against Georgia Tech in Shanghai on Saturday. They won the game 63-60.

It’s unclear if the players would be punished by UCLA or allowed to play in Wednesday night’s home opener against Central Arkansas.

“I want to be clear that we take seriously any violations of the law,” he said in a statement. “In this particular case, both Athletics and the Office of Student Conduct will review this incident and guide any action with respect to the involved students. Such proceedings are confidential, which limits the specific information that can be shared.”

The players, along with coach Steve Alford and athletic director Dan Guerrero, will make their first comments about the matter at a campus news conference Wednesday, but won’t take questions.