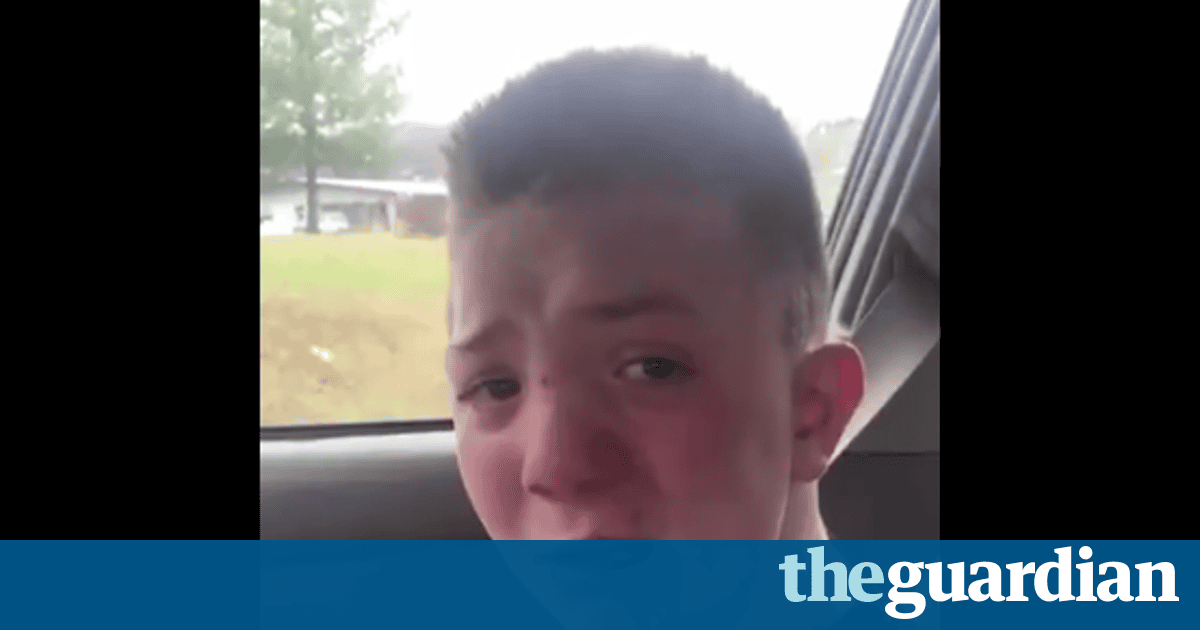 A Tennessee boy has been inundated with support from celebrities on social media after a video of him tearfully recounting being bullied at school went viral.

Keaton Joness mother, Kimberly, posted the minute-long clip of her son apparently sheltering from bullies inside her car on her personal Facebook page on Friday. She wrote that she had filmed Keaton at his request after he had me pick him up again because he was afraid to go to lunch.

Talk to your kids, she concluded. We all know how it feels to want to belong, but only a select few know how it really feels not to belong anywhere.

In the video, Keaton says other students called him ugly, made fun of his nose and told him he had no friends. He says milk was poured on him and ham put down his clothes.

Just out of curiosity, why do they bully? he asks tearfully. Whats the point of it? Why do they find joy in taking innocent people and find a way to be mean to them? Its not OK.

People that are different dont need to be criticised about it. Its not their fault. If you are made fun of, just dont let it bother you.

The video has been viewed more than 22m times on Facebook and has crossed over to Instagram, where it drew the attention of Katy Perry, Victoria Beckham, Justin Bieber, Cardi B, Snoop Dogg and other celebrities, many of whom made offers of friendship and gifts.

Bieber encouraged the boy to send him a direct message and endorsed the anti-bullying message to his 94.6m Instagram followers.

The fact that he still has sympathy and compassion for other people when hes going through it himself is a testament to who he is, Bieber said in a video. This kid is all-time. Hes a legend. Go check him out. His names Keaton.