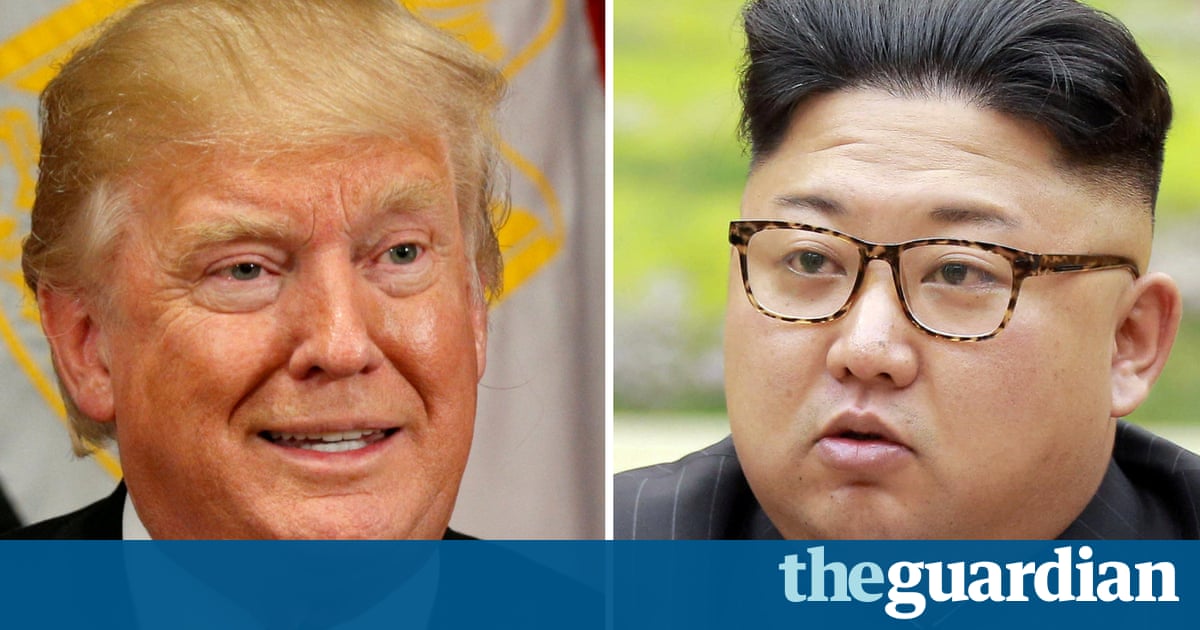 North Koreas state media has criticised Donald Trump for insulting leader Kim Jong-Un, saying the US president deserved the death penalty and calling him a coward for cancelling a visit to the inter-Korean border.

An editorial in the ruling party newspaper Rodong Sinmun focused its anger on Trumps visit to South Korea last week, during which he denounced the Norths cruel dictatorship in a speech to legislators in Seoul.

The visit was part of a marathon five-nation Asia tour by the US president aimed largely at galvanising regional opposition to the Norths nuclear weapons ambitions.

The worst crime for which he can never be pardoned is that he dared [to] malignantly hurt the dignity of the supreme leadership, the editorial said.

He should know that he is just a hideous criminal sentenced to death by the Korean people, it added.

Since becoming president, Trump has engaged in an escalating war of words with Kim Jong-un, trading personal insults and threats of military strikes and raising concerns about an outbreak of hostilities.

Towards the end of his Asia tour, he sent a tweet from Hanoi that took the verbal jousting to a new level, taunting the North Korean leader over his height and weight.

Why would Kim Jong-Un insult me by calling me old, when I would NEVER call him short and fat? he tweeted.

The members of the ruling Kim dynasty past and present enjoy near god-like status in North Korea, which has demonstrated extreme sensitivity to any remark that might be seen as mocking or disrespectful of the leadership.

The editorial also took a dig at Trumps failure to tour the demilitarised zone (DMZ) dividing the two Koreas a traditional stop-off for senior US officials visiting the South.

Trumps helicopter taking him to the DMZ had turned back after just five minutes due to bad weather an explanation the newspaper dismissed.

It wasnt the weather, the editorial said: He was just too scared to face the glaring eyes of our troops.