(CNN)Most of the national coverage of Roy Moore’s effort to upset the establishment in his bid for Senate in Alabama has been viewed through the lens of the sexual abuse allegations against him — but there are a slew of other reasons why Republicans were uneasy with his candidacy before those revelations were known.

For instance, his praise for the time during which slavery existed in the US.

Comments from Moore that praised the era of US history that included slavery because, according to Moore, families were stronger, are getting new scrutiny in the final days of his campaign.

At Moore’s Florence rally, the former judge outlined all the wrongs he sees in Washington and “spiritual wickedness in high places.” He warned of “the awful calamity of abortion and sodomy and perverse behavior and murders and shootings and road rage” as “a punishment inflicted upon us for our presumptuous sins.”

In response to a question from one of the only African Americans in the audience — who asked when Moore thought America was last “great” — Moore acknowledged the nation’s history of racial divisions, but said: “I think it was great at the time when families were united — even though we had slavery — they cared for one another…. Our families were strong, our country had a direction.”

At the same event, Moore referred to Native Americans and Asian Americans as “reds and yellows,” and earlier this year he suggested the September 11 terrorist attacks were divine punishment.

The quote did not receive much attention at the time, but gained notice on social media Thursday night. A message left by CNN with Moore’s campaign Friday morning was not immediately returned.

Leave aside the biblical condemnation at the top and the ‘reds and yellows’ slur at the bottom and you’re left with the middle part, which seems to pine for an era of this country that included slavery, a stain on the country that will never be washed away.

But Moore can apparently get beyond the slavery part since, according to him, families were strong and people cared for one another.

It says something about Moore, who is known for saying insensitive and aggressive things aimed at racial and ethnic groups and gays and lesbians, that he could say something this incredible and not have it gain much notice. In the intervening months, he was accused of making advances against a number of teenagers when he was in his 30s. He denies the accusations, but that storyline of accused molestation has dominated national coverage of the Alabama race.

The slavery quote, which is stunning, was originally published in the midst of the report by Lisa Mascaro from September 21 — “In Alabama, the heart of Trump country, many think he’s backing the wrong candidate in Senate race” — before the Republican primary in the race, when President Donald Trump campaigned for Moore’s opponent, appointed Sen. Luther Strange.

Most Republicans in Washington have struggled with how to deal with Moore, particularly in light of the allegations. While he was condemned after the allegations by people like Senate Majority Leader Mitch McConnell, it’s also clear that McConnell will seat Moore if he wins next Tuesday, and rely on his vote to help them pass tax reform. The slavery comments should further complicate things for them.

But it’s likely to cause no complication for Trump, who reaffirmed his support for Moore in a tweet Friday morning.

“LAST thing the Make America Great Again Agenda needs is a Liberal Democrat in Senate where we have so little margin for victory already.” The President tweeted. “The Pelosi/Schumer Puppet Jones would vote against us 100% of the time. He’s bad on Crime, Life, Border, Vets, Guns & Military. VOTE ROY MOORE!”

While he reluctantly backed appointed Strange in the primary, Trump has since endorsed Moore and accepted his denials of the abuse allegations. Trump is headed to nearby Florida for a rally Friday that will hit Mobile, Alabama, media markets.

A day later, Trump is set to attend the opening of the Mississippi Civil Rights Museum, a trip that has already caused tension because of Trump’s own past belligerence on racial tensions. His appearance caused a boycott by two top African-American congressmen. 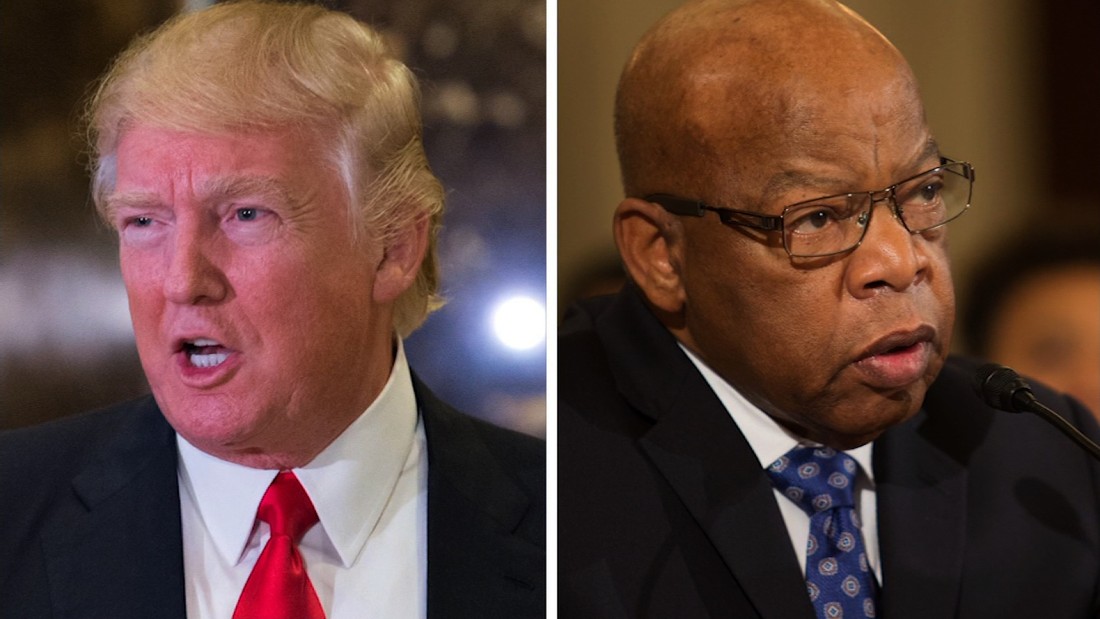 Democratic Reps. John Lewis and Bennie G. Thompson said Thursday in a statement that people should wait until after Trump’s appearance to visit the museum.

“President Trump’s attendance and his hurtful policies are an insult to the people portrayed in this civil rights museum,” the two congressmen said. “The struggles represented in this museum exemplify the truth of what really happened in Mississippi. President Trump’s disparaging comments about women, the disabled, immigrants and National Football League players disrespect the efforts of Fannie Lou Hamer, Aaron Henry, Medgar Evers, Robert Clark, James Chaney, Andrew Goodman, Michael Schwerner and countless others who have given their all for Mississippi to be a better place.”