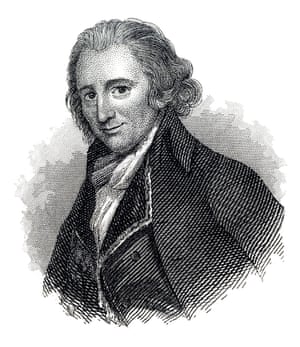 The idea has its roots in 16th-century humanist philosophy. The political theorist Thomas Paine advocated a citizens dividend. But there has been a groundswell of interest over the past decade not only among lateral thinkers but also anti-poverty groups, which see it as a means of changing the relationship between people and state, and between workers and the gig economy.

In Scotland, a country wearily familiar with divisions of a constitutional nature, the concept of a basic income is almost unique in enjoying multi-party favour. Across the four areas currently designing basic income pilots Glasgow, Edinburgh, Fife and North Ayrshire the projects have variously been championed by Labour, SNP, Green and, in one case, Conservative councillors.

Matt Kerr, who has tirelessly lobbied for the idea through Glasgow city council, said: Reactions to basic income have not split along the usual left/right party lines. Some people to the left of the Labour party think that it undermines the role of trade unions and others take the opposite view. But there should be room for scepticism; you need that to get the right policy.

Advocates are aware such unity of purpose is precious and worth preserving. The danger is that this falls into party blocks, said Kerr. If people can unite around having a curiosity about [it] then Im happy with that. But having the first minister on board has done us no harm at all.

Inevitably, Sturgeons declared interest has invited criticism from her opponents. A civil service briefing paper on basic income, which expressed concerns that the conflicting and confusing policy could be a disincentive to work and costed its national roll-out at 12.3bn a year, was obtained by the Scottish Conservatives through a freedom of information request in October. The party accused her of pandering to the extreme left of the [independence] movement.

But advocates argue the figures fail to take into account savings the scheme would bring. The independent thinktank Reform Scotland, which published a briefing earlier this month setting out a suggested basic income of 5,200 for every adult, has calculated that much of the cost could be met through a combination of making work-related benefits obsolete and changes to the tax system, including scrapping the personal allowance and merging national insurance and income tax.

Sturgeon has remained committed to the pilots, telling a conference of international economists days after the critical briefing paper: It might turn out not to be the answer, it might turn out not to be feasible. But as work and employment changes as rapidly as it is doing, I think its really important that we are prepared to be open-minded about the different ways that we can support individuals to participate fully in the new economy.