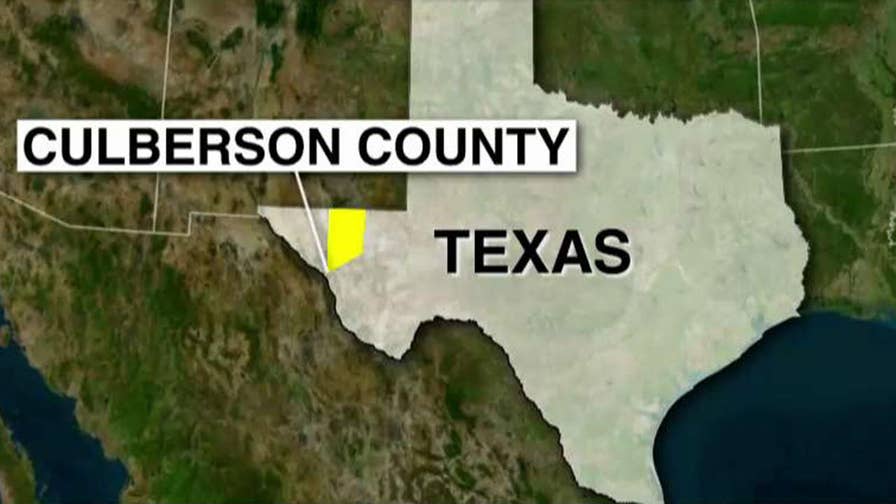 A U.S. Border Patrol agent was killed in the line of duty Sunday while patrolling the Big Bend Sector of Texas along the southern border with Mexico.

Agent Rogelio Martinez, 36, died of injuries sustained while responding to “activity” near Interstate 10 in the Van Horn Station area, according to a news release from U.S. Customs and Border Protection.

Border Protection spokesman Carlos Diaz told The Associated Press the FBI has taken over the investigation.

Martinez, who was from El Paso, worked as a border agent since August 2013.

TRUMP’S BORDER WALL: A LOOK AT THE NUMBERS

“Earlier this morning, I was notified that Border Patrol Agent Rogelio Martinez died as a result of serious injuries suffered while on patrol in the Big Bend Sector of our southern border in Texas. Agent Martinez was responding to activity while on patrol with another agent, who was also seriously injured,” the statement read.

“We are fully supporting the ongoing investigation to determine the cause of this tragic event. On behalf of the quarter of a million frontline officers and agents of DHS, my thoughts and prayers go out to the family and friends of Agent Martinez and to the agent who is in serious condition.”

Sen. Ted Cruz, R-Texas, also released a statement calling the attack a “stark reminder of the ongoing threat that an unsecure border poses to the safety of our communities and those charged with defending them.”

“Our condolences and prayers go out to the family and friends of Border Patrol Agent Rogelio Martinez, who was killed this morning in the line of duty. We are also praying for the full recovery of his partner, who was also attacked,” Cruz said.

“This is a stark reminder of the ongoing threat that an unsecure border poses to the safety of our communities and those charged with defending them. We are grateful for the courage and sacrifice of our border agents who have dedicated their lives to keeping us safe,” the statement read. “I remain fully committed to working with the Border Patrol to provide them with all the resources they need to safeguard our nation.”

Border Patrol records show that Big Bend accounted for about 1 percent of the more than 61,000 apprehensions agents made along the Southwest border between October 2016 and May 2017.

The region’s mountains and the Rio Grande make it a difficult area for people to cross illegally into the U.S. from Mexico.

The Border Patrol website lists 38 agents who have died since late 2003, some attacked while working along the border, and other fatalities in traffic accidents. It lists one other agent death in the line of duty this year.

Fox News’ Mike Emanuel and The Associated Press contributed to this report.