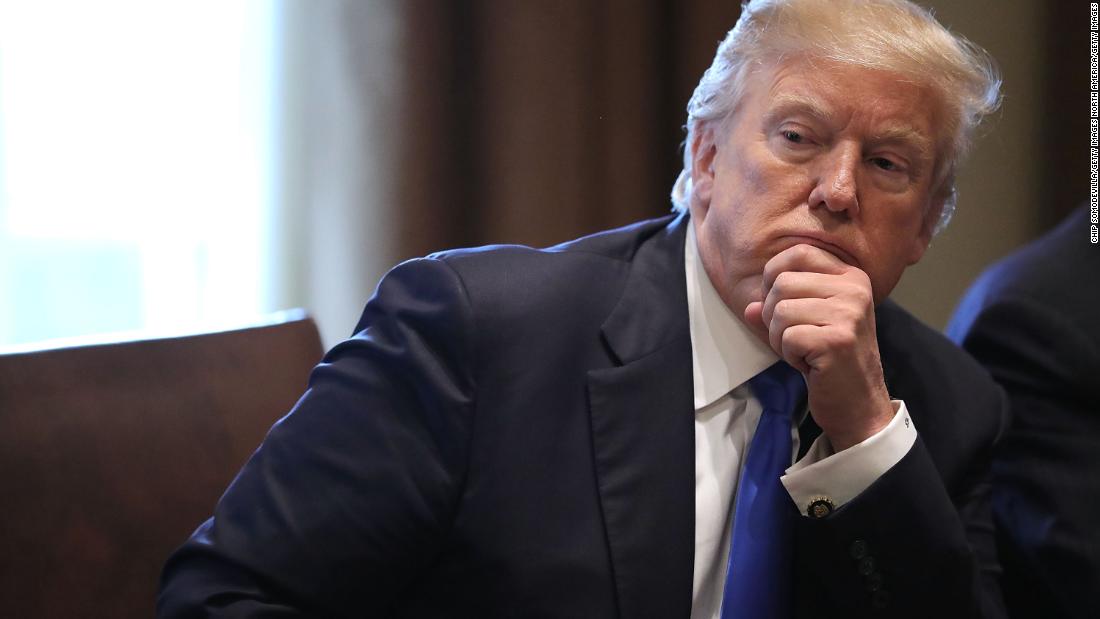 Washington (CNN)President Donald Trump on Friday denied describing certain nations as “shithole countries” during a meeting in which he rejected a bipartisan deal on the Deferred Action for Childhood Arrivals program.

He also denied demanding that Haitians be removed from negotiations about protected status for people from certain countries.

“The language used by me at the DACA meeting was tough, but this was not the language used. What was really tough was the outlandish proposal made – a big setback for DACA!” Trump tweeted.

Trump’s response Friday morning was particularly notable after White House spokesperson Raj Shah did not deny the “shithole” remark on Thursday evening. And it prompted senators who were present at the meeting to answer questions Friday about their recollections of the startling remarks.

Trump later tweeted Friday morning that he “Never said anything derogatory about Haitians other than Haiti is, obviously, a very poor and troubled country. Never said ‘take them out.’ Made up by Dems. I have a wonderful relationship with Haitians. Probably should record future meetings – unfortunately, no trust!”

Sen. Dick Durbin, D-Illinois, confirmed the remarks, saying Trump “said these hate-filled things and he said them repeatedly.” But two immigration hard-liners, Republican Sens. Tom Cotton and David Perdue, said they “do not recall the President saying these comments specifically.”

A source familiar with the meeting told CNN’s Jake Tapper the President did not refer to Haiti as a “shithole” country but Trump did ask why the US needs more Haitians and pushed to “take them out” of the deal. In a separate part of the conversation about the diversity visa lottery, the source said, Trump referred to people coming from Africa as coming from “shithole countries.” 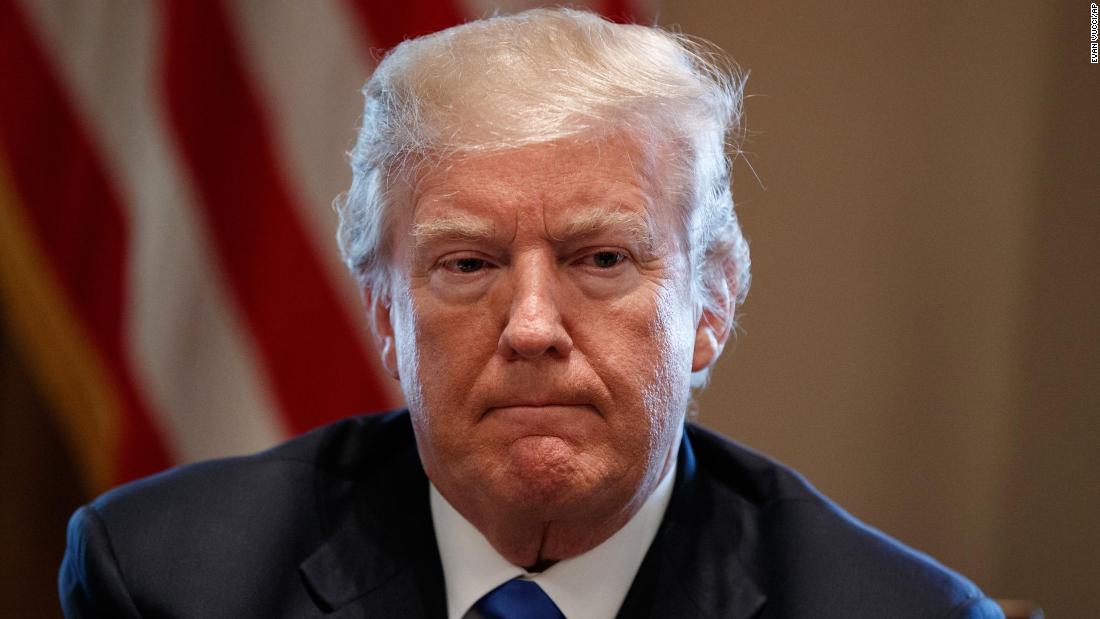 Arizona Republican Sen. Jeff Flake, who was briefed by Durbin and a fellow GOP Senator who attended the meeting, confirmed that version of events to CNN.

Durbin, a key negotiator in DACA talks, recounted the meeting on MSNBC Friday, saying, “He said, ‘Haitians. Do we need more Haitians?’ Then he went on and started to describe the immigration from Africa that was being protected in this bipartisan measure. That’s when he used these vile and vulgar comments, calling the nations they come from ‘shitholes.’ The exact word used by the President. Not just once but repeatedly. That was the nature of this conversation.”

Separately, Durbin told reporters he had not seen a single news report about the President’s words that was false. 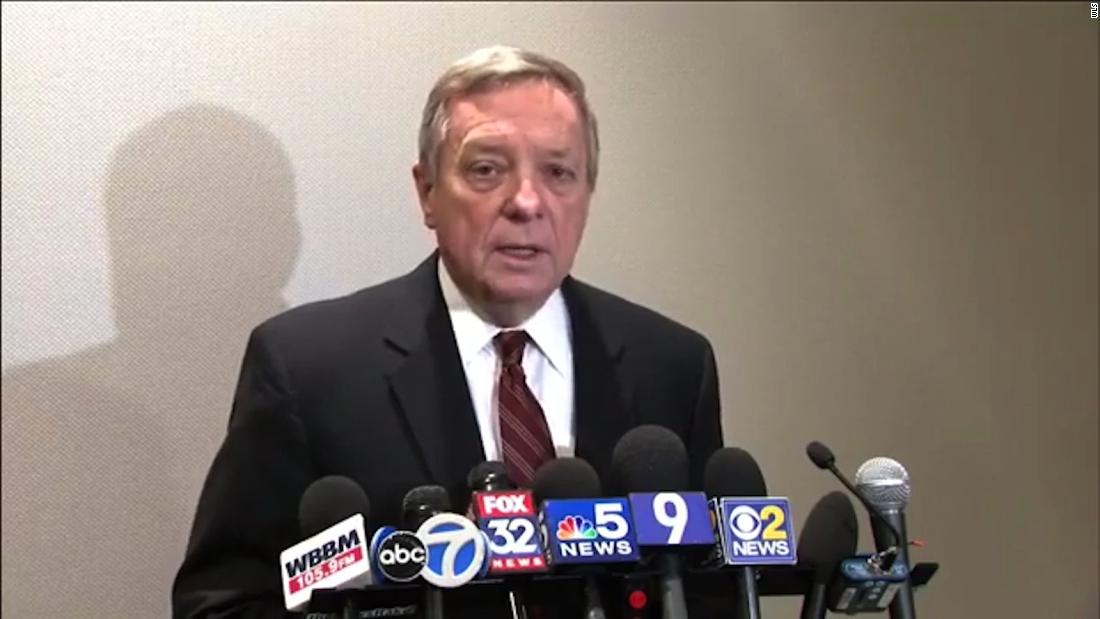 DACA protects hundreds of thousands of young undocumented immigrants brought to the US as children from deportation.

Trump on Thursday rejected a pitch from a bipartisan team of senators on a compromise immigration deal to protect DACA participants while increasing border security.
“Why do we want all these people from ‘shithole countries’ coming here?” Trump told senators in the Oval Office, according to a source briefed on the meeting, the comments from which were first reported by The Washington Post.

Trump’s denial came among a series of other tweets in which he defended his immigration stance.

“The so-called bipartisan DACA deal presented yesterday to myself and a group of Republican Senators and Congressmen was a big step backwards. Wall was not properly funded, Chain & Lottery were made worse and USA would be forced to take large numbers of people from high crime…..,” Trump tweeted.

He continued: “….countries which are doing badly. I want a merit based system of immigration and people who will help take our country to the next level. I want safety and security for our people. I want to stop the massive inflow of drugs. I want to fund our military, not do a Dem defund….

“….Because of the Democrats not being interested in life and safety, DACA has now taken a big step backwards. The Dems will threaten ‘shutdown,’ but what they are really doing is shutting down our military, at a time we need it most. Get smart, MAKE AMERICA GREAT AGAIN!”

He also said: “Sadly, Democrats want to stop paying our troops and government workers in order to give a sweetheart deal, not a fair deal, for DACA. Take care of our Military, and our Country, FIRST!”

The tweets suggest that Trump is interested in a system that would only accept individuals from certain countries and backgrounds in exchange for a DACA deal — as well as a much more substantial border investment than one year of funding and technology upgrades the lawmakers had presented.

Democrats have made clear they would not consider some of the suggestions and the demands risk exacerbating already tense talks as both sides are entrenched in negotiating position. 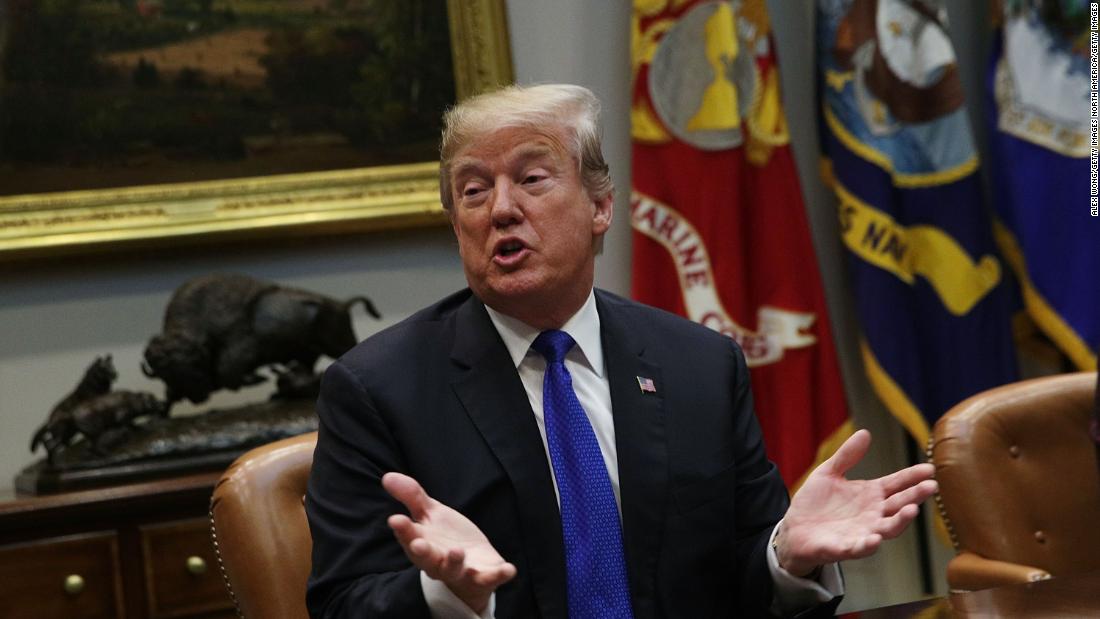 While some Republicans hope to gain leverage by dragging out negotiations and increase the risk that DACA recipients could lose status and even be deported, advocates have made clear to Democrats they should feel empowered to reject a deal that benefits DACA immigrants at the expense of scores of others and their families.

Trump’s agreement has always been essential to any immigration deal. Sen. John Cornyn, the No. 2 Senate Republican, reiterated on Thursday after the White House meeting that a deal would only move for a vote with a clear message from the President that he would sign it.

This story has been updated to reflect Sen. Dick Durbin’s most recent comments and additional reporting.