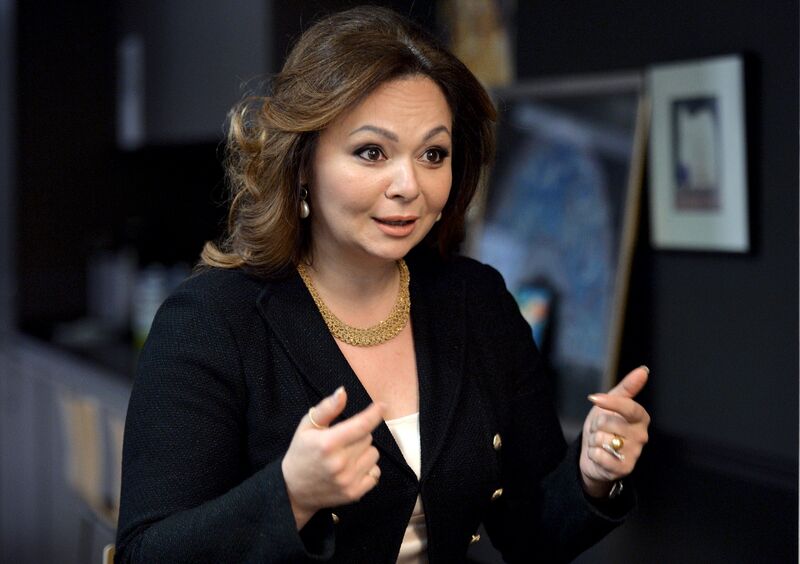 A Russian lawyer who met with President Donald Trump’s oldest son last year says he indicated that a law targeting Russia could be re-examined if his father won the election and asked her for written evidence that illegal proceeds went to Hillary Clinton’s campaign.

The lawyer, Natalia Veselnitskaya, said in a two-and-a-half-hour interview in Moscow that she would tell these and other things to the Senate Judiciary Committee on condition that her answers be made public, something it hasn’t agreed to. She has received scores of questions from the committee, which is investigating possible collusion between Russia and the Trump campaign. Veselnitskaya said she’s also ready — if asked — to testify to Special Counsel Robert Mueller.

Her June 9, 2016 encounter with Donald Trump Jr., President Trump’s son-in-law Jared Kushner and then campaign manager Paul Manafort in New York plays a key role in allegations that the campaign worked with Russia to defeat Clinton.

Veselnitskaya said she went to the New York meeting to show Trump campaign officials that major Democratic donors had evaded U.S. taxes and to lobby against the so-called Magnitsky law that punishes Russian officials for the murder of a Russian tax accountant who accused the Kremlin of corruption.

‘If We Come to Power’

“Looking ahead, if we come to power, we can return to this issue and think what to do about it,’’ Trump Jr. said of the 2012 law, she recalled. “I understand our side may have messed up, but it’ll take a long time to get to the bottom of it,” he added, according to her. 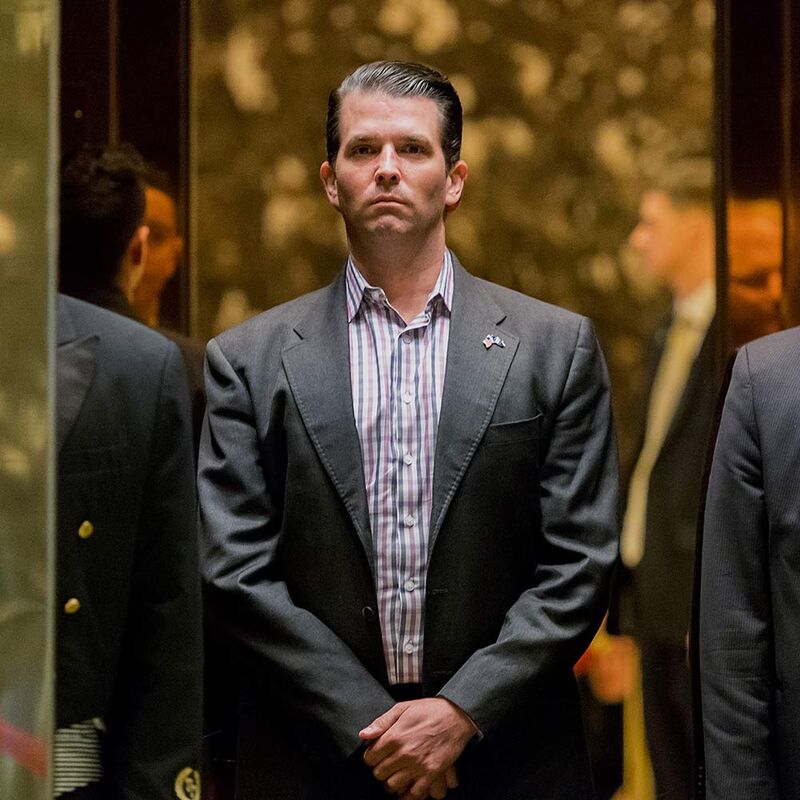 Veselnitskaya also said Trump Jr. requested financial documents showing that money that allegedly evaded U.S. taxes had gone to Clinton’s campaign. She didn’t have any and described the 20-minute meeting as a failure.

A lawyer for Trump Jr., Alan Futerfas, said the president’s son had no comment about the interview, the first time Veselnitskaya has offered details about what was discussed at Trump Tower in Manhattan. In the past, Trump Jr. has said that he had wasted his time seeing the lawyer because she provided no useful information.

The meeting took place after British publicist Rob Goldstone contacted Trump Jr. on behalf of Veselnitskaya to request it, describing her as a Russian government lawyer who had information and documents that would incriminate Clinton.

“This is obviously very high level and sensitive information but is part of Russia and its government’s support for Mr. Trump,’’ Goldstone wrote in an email to Trump Jr.

“If it’s what you say I love it especially later in the summer,’’ Trump Jr. replied almost immediately.

Veselnitskaya says she told the president’s son she had information that Clinton’s campaign may have received some of almost $1 billion the wealthy Ziff brothers gained from Russian investments that allegedly evaded U.S. taxes.

She says she was acting in a private capacity and not as a Russian government representative. But there is evidence of an official imprimatur: She brought to the meeting a four-page talking-points memorandum in English that contained very similar information to a document she had provided to the office of Prosecutor General Yuri Chaika in 2015, both of which were obtained by Bloomberg News. Alexander Kurennoy, the spokesman for the prosecutor general’s office, declined to comment.

In April last year, Veselnitskaya took part in a meeting with a visiting congressional delegation headed by Representative Dana Rohrabacher, a California Republican with close ties to Russia, that was attended by a senior prosecution official. There she raised the allegations about the Ziff brothers’ money. President Vladimir Putin has recently made the same argument.

Veselnitskaya is defending a Russian businessman in the U.S. on a money-laundering case related to the Magnitsky law. It was settled out of court this year without an admission of guilt.

This law, which Veselnitskaya has been campaigning against, targets Russian officials in retaliation for the death of Sergei Magnitsky, a tax accountant who worked for U.S.-born fund manager William Browder. His Hermitage Capital was once the biggest foreign-portfolio investor in Russia. Ziff Brothers Investments LLC invested in Russia with Browder using offshore entities, Veselnitskaya has said.

Magnitsky died in a Moscow prison in 2009 after uncovering what he said was a tax fraud that diverted $230 million of Russian state funds into the pockets of a handful of civil servants. The 2012 U.S. law named after him incensed the Kremlin, which then banned adoptions from Russia to the U.S., further straining ties between Washington and Moscow.

Ziff Brothers Investments has contributed to Republicans and Democrats since the 2012 election cycle, according to the non-partisan Center for Responsive Politics. It gave between $50,000 and $100,000 to the Clinton Global Initiative and made modest donations to the presidential campaigns of Barack Obama and Hillary Clinton.

A spokesman for the Ziff family said it had no comment.

In the interview, Veselnitskaya said she sent her memo to Goldstone in advance so Trump Jr. could familiarize himself with the issues, but he seemed not to have done so. When she began laying out the case against the Ziffs, she said that he asked: “This money the Ziffs got from Russia, do you have any financial documents showing that this money went to Clinton’s campaign?”

She didn’t and the meeting quickly fell apart. Kushner left after a few minutes and Manafort appeared to have fallen asleep. “The meeting was a failure; none of us understood what the point of it had been,’’ Veselnitskaya said, adding she had no further contacts with the Trump campaign.

Senator Chuck Grassley, an Iowa Republican who chairs the Senate Judiciary Committee, has sent her more than 90 questions concerning the meeting, asking whether she knows Putin, Manafort and Kushner, and requesting information about Russian hacking and interference, she said. “That I definitely don’t have!” the lawyer said. “I made up my mind a long time ago: My testimony must be honest, full and public.”

Taylor Foy, a Grassley spokesman, said, “We are encouraged that she is planning to cooperate and look forward to receiving the information.” He wouldn’t comment on whether the committee would comply with her request to make her answers public.

Congressional investigators prefer not to release their private interviews and documents in the middle of an investigation. There’s nothing, however, that prevents Veselnitskaya from releasing whatever she wants on her own.

Veselnitskaya and the Russian businessman she’s representing in the New York case, Denis Katsyv, recently asked for permission to enter the U.S. to attend a hearing in the case against his company, Prevezon Holdings Ltd. Prevezon still hasn’t paid a $5.9 million settlement to the U.S. because under the terms of the out-of-court agreement it committed to transfer the funds only after the Netherlands released 3 million euros ($3.5 million) belonging to it that remain frozen.

On Nov. 3, U.S. District Judge William Pauley rejected Prevezon’s request to order the federal government to allow Veselnitskaya and Katsyv into the U.S. to attend a hearing on Nov. 9 sought by prosecutors, who may file a request to enforce the terms of the agreement.

Without “strong proof” that the government’s denial was made “irrationally or in bad faith,” the judge said there is no basis for him to interfere with a decision that sits squarely within the purview of the Executive Branch. Veselnitskaya and Katsyv have now asked to testify by phone or video.