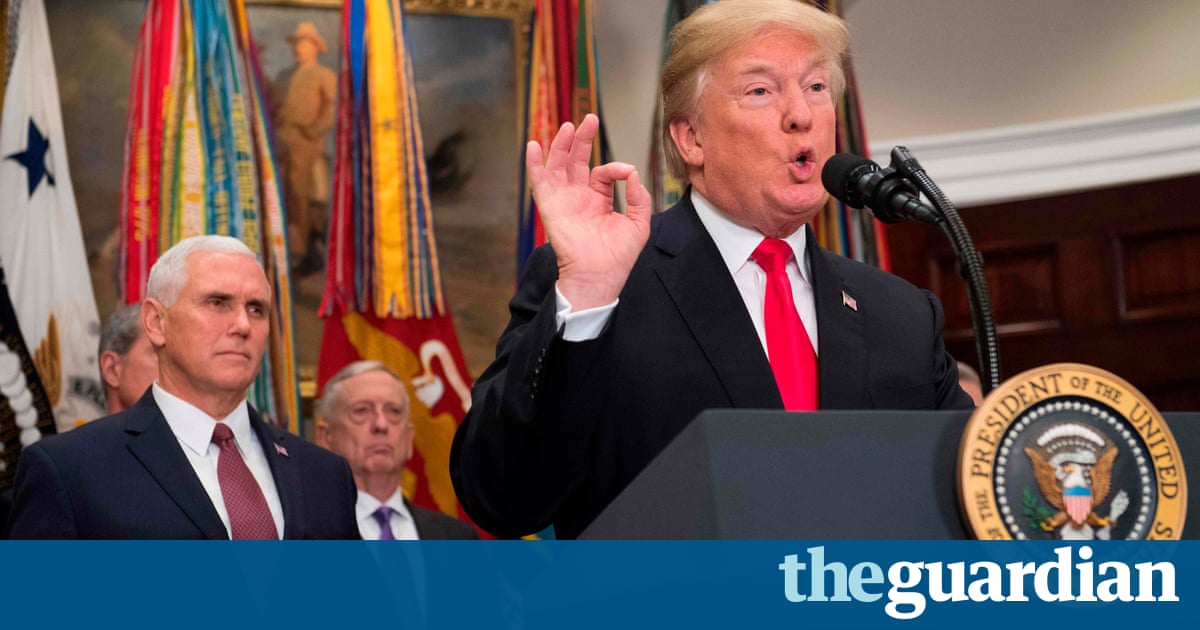 The Trump administration will drop climate change from a list of global threats in a new National Security Strategy the president is due to unveil on Monday.

Instead, Trumps NSS paper will emphasis the need for the US to regain its economic competitiveness in the world.

That stance represents a sharp change from the Obama administrations NSS, which placed climate change as one of the main dangers facing the nation and made building international consensus on containing global warming a national security priority.

White House officials said on Sunday the Trump NSS was the culmination of 11 months of collaboration between all the leading security, foreign policy and economic agencies of government. The exclusion of climate change as a national security threat appears however to conflict with views previously expressed by the defense secretary, James Mattis.

Climate change is not identified as a national security threat but climate and the importance of the environment and environmental stewardship are discussed, a senior administration official said.

Another official said Trumps remarks when he announced he was taking the US out of the Paris climate accord would be the guidepost for the language in the NSS on climate.

In that speech in June, Trump declared I was elected to represent the citizens of Pittsburgh, not Paris and alleged the agreement hamstrings the United States while empowering some of the worlds top polluting countries.

The Federalist website, which first reported that Trump would drop climate change from the NSS, quoted the draft document as suggesting the Trump administration would actively oppose efforts to reduce the burning of oil, gas and coal for energy.

US leadership is indispensable to countering an anti-growth energy agenda that is detrimental to US economic and energy security interests, the website quoted the document as saying.

Given future global energy demand, much of the developing world will require fossil fuels, as well as other forms of energy, to power their economies and lift their people out of poverty.

A senior official said on Sunday the main difference between the Trump NSS and its predecessors was a new emphasis on border security and economic issues.

The economic piece gets much more attention, the official said. The insistence that economic security is national security.

In unpublished testimony provided to Congress after his confirmation hearings in January, Mattis said the US military had to consider how the thawing Arctic and drought in global flashpoints would pose present and future challenges.

Climate change is impacting stability in areas of the world where our troops are operating today, Mattis said in written answers to questions posed after the public hearing by Democratic members of the committee.

Mattis and the secretary of state, Rex Tillerson are reported to have argued against leaving the Paris climate agreement.

Officials said the new NSS was based on Trumps previous speeches on national security and foreign policy. The president was said to have decided to break with normal practice and launch it with a speech.

As far as we have been able to determine, no president has ever roled this out with a speech before, a senior administration official said.

The president was briefed on the document all the way along but when it was near completion and when it was shown to him what it looked like, he was very excited and he personally said he wanted to introduce it to the American people and to the world.