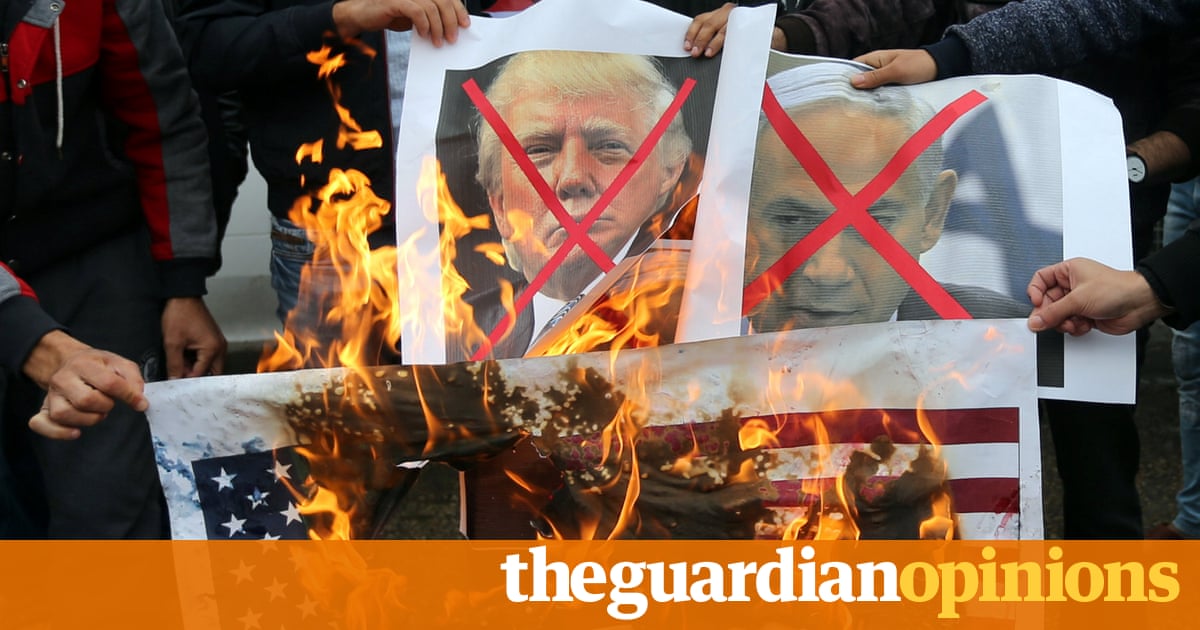 The presidents foolish move in recognising the city as the capital of Israel will have negative consequences impossible to predict, says Rashid Khalidi, Edward Said professor of Arab studies at Columbia University

Every time it seems Donald Trump cannot outdo himself, he does it again. Now he has announced that his administration will recognise Jerusalem as Israels capital, reversing nearly seven decades of American policy. This step will have multiple negative ramifications, many impossible to predict.

Jerusalem is the most important of the so-called final status issues that have been repeatedly deferred during the Israel-Palestine negotiations because of their extreme sensitivity. Trump has ploughed into this imbroglio like a bull in a china shop, zeroing in on the most complex and emotional issue of all those connected to Palestine.

Jerusalem is undoubtedly the most important aspect of the entire Palestine question. It has been central to the identity of Palestinian Muslims and Christians as far back as the founding moments of both religions, and has become even more so as the conflict over Palestine has become fiercer.

The rivalry over this holy city is exacerbated by the fact that the same site the Haram al-Sharif to Muslims, the Temple Mount to Jews is sacred to both. Because of its explosive nature, this is an issue that no Palestinian politician, and few Arab leaders, would dare to trifle with.

For someone such as me, whose family has lived in Jerusalem for hundreds of years, Trumps announcement does not just mean that the US has adopted the Israeli position that Jerusalem belongs exclusively to Israel. He has also retroactively legitimised Israels seizure and military occupation of Arab East Jerusalem during the 1967 war, and its imposition of discriminatory laws on hundreds of thousands of Palestinians living there. The damage he has done will be permanent: the US cannot undo this recognition.

This act completely disqualifies the US from its longstanding role as broker, a position that Washington has monopolised for itself. So much for the pitiful peace plan that Trumps son-in-law Jared Kushner was cooking up and hoping to impose on the Palestinians.

Trumps action signals disdain for the opinion of the whole Arab world. Whatever Arab dictators and absolute monarchs may tell the Americans they depend on, the Arab peoples are unanimous in supporting the Palestinian position on Jerusalem. Their inevitable reactions to this move will impinge on vital US interests all over the region. As secretary of defense James Mattis noted in 2013: I paid a military security price every day as a commander of [Central Command] because the Americans were seen as biased in support of Israel.

This latest diplomatic fiasco is another instance of the administration showing utter contempt for the views of the rest of the world. Not one country recognises Jerusalem as Israels capital. There is a global consensus that until a settlement is achieved, it is illegitimate to prejudge or predetermine the outcome of negotiations. The US formally assured the Palestinians on this score in inviting them to the 1991 Madrid peace conference.

Of course, there is a lengthy American track record of bias in favour of Israel. No one should have expected fairness on this issue from them or from their boss.

It is now hard to see how a sustainable Palestinian-Israeli agreement is possible. True to Trump form, this is an entirely self-inflicted wound that will long echo in the annals of diplomacy. It will further diminish the already reduced standing of the US, complicating relations with allies, with Muslims and Arabs and with people of common sense the world over.

Trump, who was warned against this step by Arab, Middle Eastern and European leaders, has now made resolving the conflict over Palestine much harder, even as he has brought joy to his friends, and to their dangerous, extremist soulmates in Israel. Far from ushering in the deal of the century, as he boasted, with this foolish move Trump may usher in the debacle of the century. This is a sad day for international law, for Palestine, and for everyone who cares about peace in the Middle East.