Singer and civil rights activist, 90, holds Pittsburgh audience spellbound with tales of his life and denunciation of Trump as a national mistake 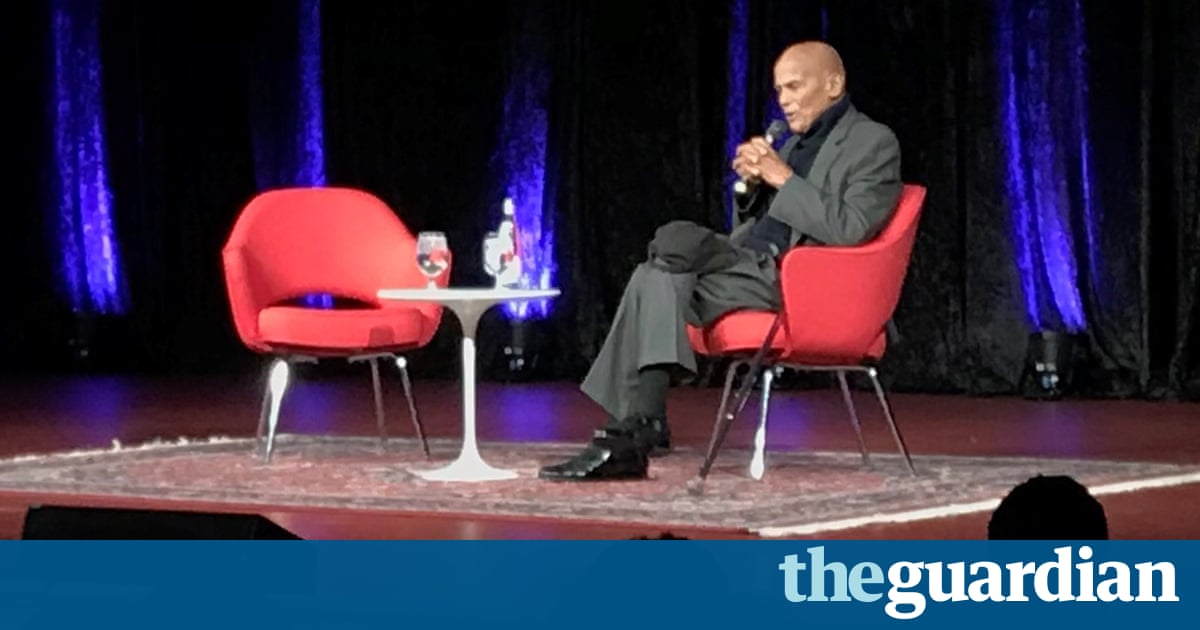 Harry Belafonte appeared dazed, struggling to stand with a cane as an aide guided him slowly to his place on stage. Having caught his breath, the 90-year-old singer and civil rights activist warned the crowd at Carnegie Music Hall on Friday night that this was probably his last public appearance.

It lasted nearly two hours. Despite appearing disoriented a stroke a few years ago took away his inner-ear balance and taking long breaks to gathers his thoughts, Belafonte brought the crowd to rising cheers and chants.

He also made a startling statement. In electing Donald Trump, he said, the country made a mistake and I think the next mistake might very well be the gas chamber and what happened to Jews [under] Hitler is not too far from our door.

For the most part, though, Belafonte talked about his life. He recounted how when he was seven his mother, a Jamaican immigrant who worked long days, made him promise he would never let injustice go unchallenged.

It stayed with me forever, he said. Whenever I came upon resistance or opportunities that were not offered to us because of race, because of poverty, I always remembered her counsel, her wish.

Her counsel had a huge impact. Her tenaciousness, the way in she handled the poverty, the way in which with no skill, she faced a life of endless rejection I just marveled at the way in which she seemed to endure and from that early experience with her, the mood was set, the tone was set for how my life would be.

As he spoke of the injustice he endured during the years when Senator Joe McCarthy spread anti-communist repression, Belafonte began to cough and struggled to speak. A man in the audience called to him to take his time. Belafonte paused and caught his breath.