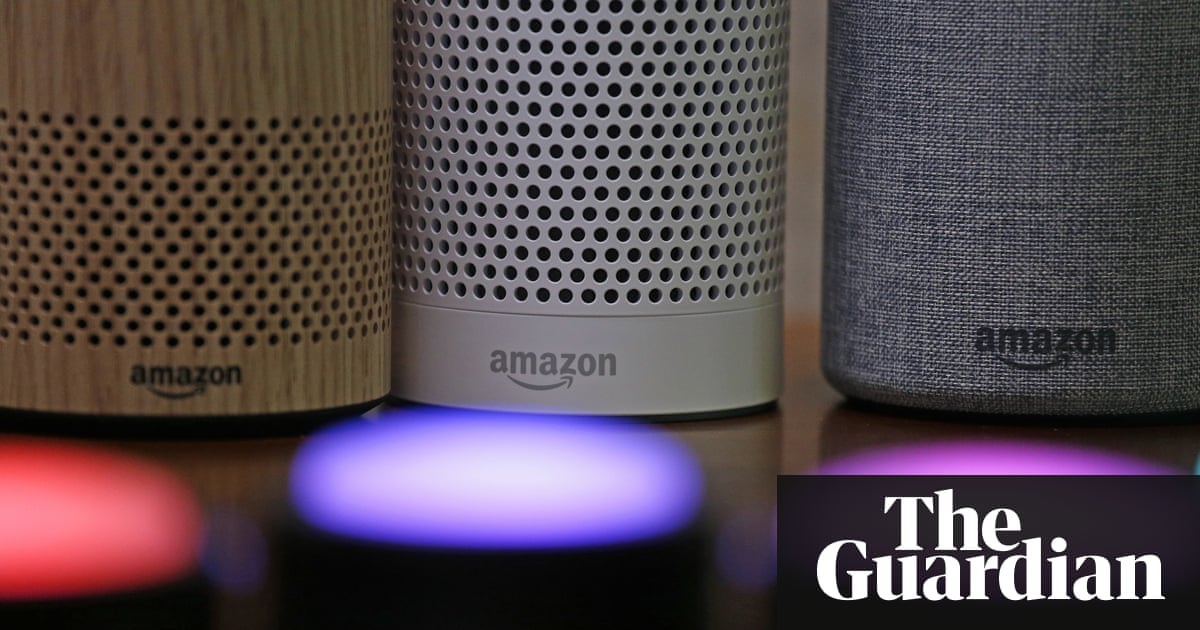 The robot wars are coming, and Alexa will have the last laugh.

Amazon acknowledged on Wednesday that some of its Alexa-enabled devices have developed a new skill: creeping out their owners with unexpected and unwarranted bursts of robotic laughter.

Were aware of this and working to fix it, the company told the Verge.

People began reporting the problem with their smart speakers on social media in recent weeks. So my mom & I are just sitting in the living room, neither of us said a word & our Alexa lit up and laughed for no reason, tweeted one woman, Taylor Wade, on 5 March. She didnt even say anything, just laughed.

Another Twitter user reported that Alexa began laughing in the middle of an office conversation: I asked why she laughed and she said, Sorry, I am not sure.

Amazon did not immediately respond to queries from the Guardian about the nature or cause of the apparent bug, but terrifying your customer base is likely a bad move for a company trying to convince people to install a listening device in their bedrooms.

Wade at least had a simple enough solution to the problem, however: We unplugged her.

After the publication of this article, Amazon announced a fix and apparent explanation for the ghostly laughter. The company suggested in an email that the laughs had occurred in rare circumstances because the speaker was picking up a false positive for the command Alexa, laugh.

Amazon will change the command for laughter to Alexa, can you laugh? and disable the shorter command. It will also program Alexa to preface its simulacrum of human emotion with the phrase: Sure, I can laugh.