(CNN)The flu virus has reached nearly every corner of the nation.

“Flu is everywhere in the US right now,” said Dr. Dan Jernigan, director of the CDC’s influenza branch. “This is the first year we’ve had the entire continental US at the same level (of flu activity) at the same time.” It has been an early flu season that seems to be peaking now, he said, with a 5.8% increase in laboratory-confirmed cases this week over last.

There were 11,718 new laboratory-confirmed cases during the week ending January 6, bringing the season total to 60,161. These numbers do not include all people who have had the flu, as many do not see a doctor when sick.

Seven additional pediatric deaths were reported during the week ending January 6, bringing the total for the season to 20.

For older people, the CDC estimates deaths based on pneumonia and influenza. Based on National Center for Health Statistics data, 7% of all deaths that occurred during the week ending December 23 were due to pneumonia and influenza. This is above the rate considered normal for this period, according to Lynnette Brammer, head of the CDC’s Domestic Flu Surveillance team.

Additionally, 22.7 hospitalizations for every 100,000 people occurred over the week ending January 6, compared with 13.7 per 100,000 for the week ending December 30. Those older than 65 represent the largest group hospitalized, though people within the 50-to-64 age range and children younger than 5 are also experiencing high rates of hospitalization.

“We are currently in the midst of a very active flu season, with much of the country experiencing widespread and intense flu activity,” CDC Director Dr. Brenda Fitzgerald said. “The flu season may be peaking now. We know from past experience it will take many more weeks for flu activity to slow down.”

Brammer said, “Basically, it looks like things are starting to level off. We didn’t see the sharp increases that we saw the last couple of weeks.”

“Over the next few weeks, we’ll know if we peaked or not,” she said. “I would hope that the areas that have been hit a little bit earlier in the South and up the West Coast, I’m hoping that those people — particularly some of the states in the South — may have hit their peak and are on their way down.”

Some of the northern states may still be going up in the number of flu cases, she said. “I wouldn’t be surprised to see that. But, either way, one of the really important things to remember is there are, probably for everybody, weeks to go in this flu season.”

Vaccine effectiveness has not been calculated, but officials know that the most common strain making people sick this year is H3N2, Brammer said.

Dr. William Schaffner, an infectious disease specialist at Vanderbilt University, provided a nutshell description of this season: “Started early; it then blossomed essentially all over the country more or less simultaneously. The upswing has been dramatic, and essentially the entire country is affected — some parts more than others — but flu is everywhere.”

Schaffner suspects that holiday travel helped transport the flu virus and expedited its transmission. “All those hugs and kisses … we’re seeing the consequences now.”

Generally, people most at risk for complications are older people, children and people with weak immune systems.

“Influenza and its complications disproportionately affect people who are 65 and older,” Schaffner said. “They account for 80% of the deaths, and then there are also deaths in younger people, often who have underlying illnesses, such as heart disease, lung disease, diabetes, and also in some young children.”

However, flu can also claim the lives of healthy adults such as Jenny Ching, 51, who died January 5 after battling what she thought was just a bad cold.
Her husband, Matt Ching, told CNN affiliate WCVB that the Massachusetts resident “had the flu, and she also developed a bacterial infection, and it was just really severe and caused severe pneumonia, and her body just didn’t react to antibiotics.”

Ching said he wasn’t sure whether his wife had gotten a flu shot this season, though in seasons past, that was the norm for the mother of two boys, ages 9 and 7.

Schaffner noted that “the usual flu death is a person who gets influenza, gets all that inflammation in their chest and then has the complication of pneumonia.” The flu “can take a perfectly healthy person — a child, a young adult, robust — and put them in the ER in 24 to 48 hours.”

That was the case for Kyler Baughman, 21, who died unexpectedly December 28 at UPMC Presbyterian Hospital in Pittsburgh. “Robust” characterizes Baughman perfectly. 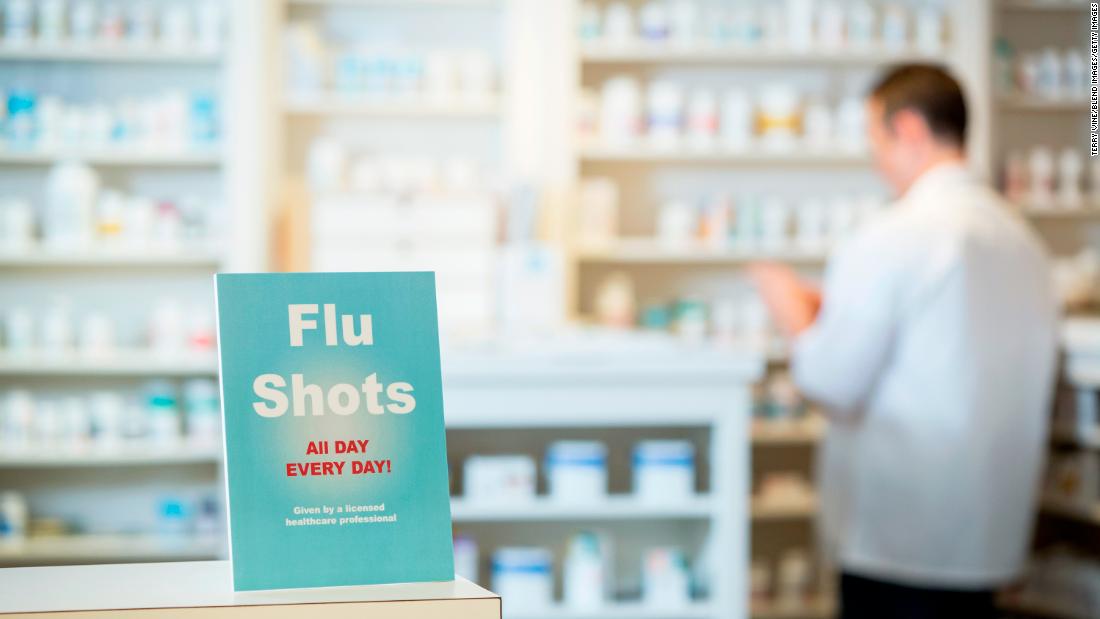 The Latrobe, Pennsylvania, resident, who often posted pictures of himself at the gym on Facebook, was studying to be a physical trainer and worked not one but two jobs, his mother told CNN affiliate WPXI.

“It doesn’t seem real,” said his mother, Beverly. She recounted that her son looked run-down when she saw him December 23. On December 26, Baughman went to work but left early because he wasn’t feeling well. The next day, he visited the ER at Westmoreland County Hospital. Health personnel immediately decided to fly him to UPMC, where he died less than 24 hours later.

The cause of his death, as reported by the Allegheny County Medical Examiner, was influenza, septic shock and multiple organ failure. Unlike the usual flu death resulting from pneumonia complications, Schaffner said, “this is a different phenomenon.”

The viral flu infection stimulated an immune and inflammatory response in Baughman’s body. “This happens to everyone,” Schaffner noted, but when the person is a “very strong, robust person,” there are times when that response is “overwhelming.” In such cases, cytokines — proteins created as part of the inflammatory response — create a “cytokine storm” in the body. “And this cytokine storm can actually lead to sepsis in the person.”

Braugham’s parents hope that by sharing his story, they might save someone else.

“I just think he ignored it and thought it would go away, like most people,” his mother said. Added his father, Todd: “Don’t let things go. Whenever you have fever and you have it multiple days, don’t let it go. Get it taken care of.”

Alabama Gov. Kay Ivey declared a state public health emergency because of the flu on Thursday.

Scott Harris, acting state health officer at the Alabama Department of Public Health, said the influenza outbreak includes high activity throughout the state but particularly in metropolitan areas. This “crush” means some hospitals are operating over capacity, leaving some patients sitting in ERs. The public health emergency order helps health care professionals manage resources more efficiently and provides leeway so alternative care can be provided when personnel are unable to offer standard care.

“If you’re sick, please try to stay home if you can do that and get in touch with your health care provider,” Harris said. 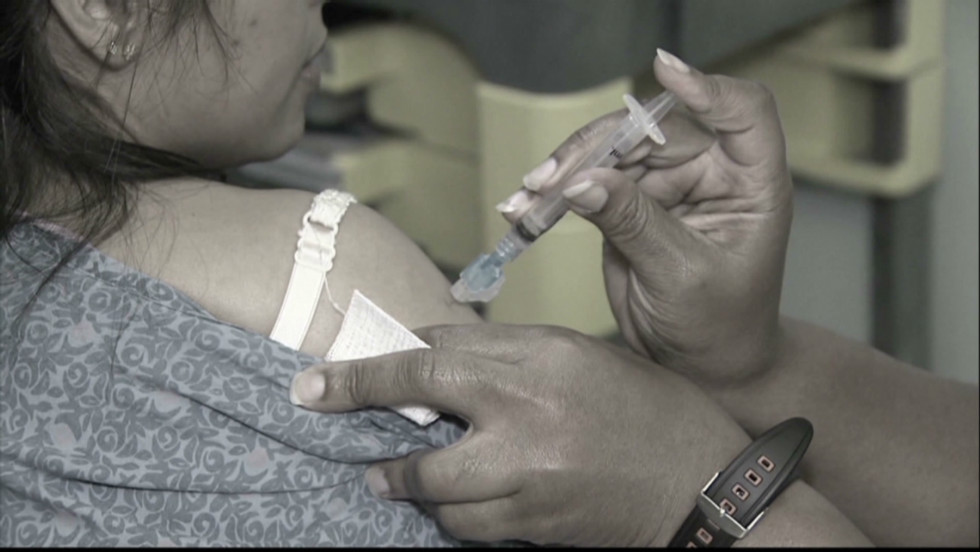 On the West Coast, Dr. Jasjit Singh, a pediatric infectious disease specialist at Children’s Hospital of Orange County, said 27 influenza-related deaths have occurred in California as of December 30: all among adults under 65 years old.

“It’s been an earlier flu season than in years past,” Singh said. As of January 6, the hospital has admitted about a quarter of the 303 patients seen with influenza A infections, compared with about 19% of the 89 cases seen last year at this time. Meanwhile, of 78 influenza B cases, about 13% required admission, compared with 22% of 27 cases last year.

Overall, California reported 7,306 laboratory-confirmed cases for the season as of December 30.
Texas, which laboratory-confirmed 5,585 cases of the flu as of that date, is seeing activity levels “at the highest level — widespread — for a few weeks,” said Lara M. Anton, a press officer for the Department of State Health Services.

Because the Lone Star State counts flu deaths from death certificate codes, there’s also a “significant lag” between when a death occurs and when the death is reported, she said. However the majority of deaths this season occurred among people 65 and older.

“There are reports of hospitals throughout the state that have needed to divert non-emergency ambulances for periods of time because of overcrowding in their ER,” Anton said. With most hospitals coming off “divert status” within the same day, the state’s hospital system has been managing the increased number of patients. The department continues to monitor the situation closely and “will step in with support when it is requested,” she said.

Correction: A previous version of this story stated that 27 flu deaths occurred in California among people over, not under, the age of 65.