Washington (CNN)Republican Senate candidate and former Maricopa County sheriff Joe Arpaio suggested that he would revive the debunked claim that President Barack Obama’s birth certificate is fraudulent if he’s elected to the Senate.

“I don’t talk about it anymore, until I become the US senator … It has something to do with a document,” Arpaio said at the Western Conservative Conference in Phoenix, according to a video posted to YouTube Saturday by Tru Conservative TV.

“If I asked you guys — I’m a nothing now, but if I were still the sheriff, I could ask for your birth certificate,” he said. “So, I’m kind of dropping that right now.” 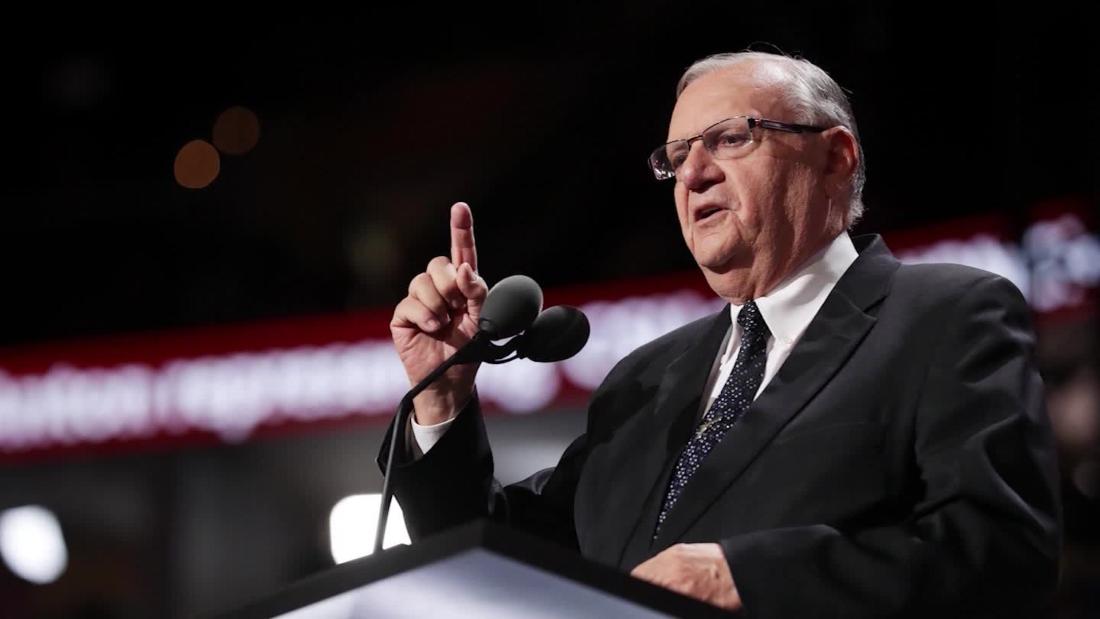 Arpaio then claimed that he proved “100%” that Obama’s birth certificate is a “fake document.”

Obama was born in Hawaii in 1961 and released copies of his birth certificate in April 2011. Trump had publicly questioned Obama’s citizenship for several years before saying in a news conference during the 2016 election that he believed the nation’s first African-American president was born in the United States.
Arpaio has touted “birtherism” in the past, even launching a five-year long investigation into Obama’s birth certificate he concluded in 2016 even after Trump backed down from the claim. Arpaio claimed that the certificate was forged and cited a lab in Italy and handwriting expert in Hawaii, according to the Los Angeles Times.
Back in January, a day after announcing he’s running for Senate, Arpaio argued on CNN that Obama’s birth certificate was a “phony document.”

“No doubt about it, we have the evidence, I’m not going to go into all the details, yeah, it’s a phony document,” Arpaio told CNN’s Chris Cuomo on “Cuomo Primetime.”

Trump pardoned Arpaio in August after the sheriff was found guilty of criminal contempt for disregarding a court order to stop racially profiling Latinos. Arpaio is one of several Republican candidates running to fill the vacant seat left by outgoing Arizona Republican Sen. Jeff Flake.