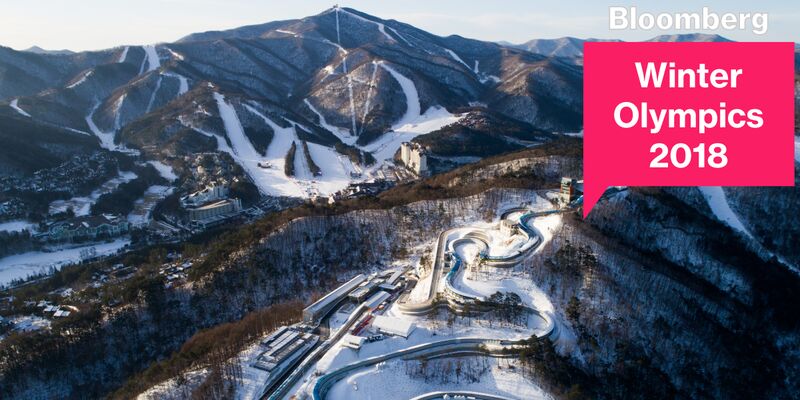 North Korean leader Kim Jong Un has made a dramatic gesture that may raise prospects for easing tensions on the Korean Peninsula by inviting South Korean President Moon Jae-in to meet in Pyongyang.

The invitation was verbally delivered by Kim’s sister, Kim Yo Jong, during a Saturday meeting at Moon’s presidential compound in Seoul a day after the opening ceremony for the Winter Olympics in South Korea. A Moon-Kim summit would mark the first time leaders of two countries have met in 11 years.

Moon’s office provided conflicting accounts of whether he would go to Pyongyang. A Blue House official initially said the president had accepted Kim’s offer, but that was later denied by chief spokesman Yoon Young-chan.

“What the president said exactly is let’s create the right circumstances to make it happen,” Yoon said in a statement. “And we hope you take the comment as it is.”

Shin Jee-yeon, another official in Moon’s office, later told reporters: “We should read more into it that there are preconditions that should be met rather than calling it a conditional acceptance.”

While a summit in Pyongyang would signal warming ties on the peninsula, it also risks driving a wedge in the alliance between the U.S. and South Korea. President Donald Trump has sought to maximize pressure on North Korea to convince Kim to give up his nuclear weapons, and his administration hasn’t ruled out a preemptive attack.

How North Korea Managed to Crash the Olympics Party

North’s state-run media KCNA reported on Sunday that the delegation had an “honest and open-minded” discussion with South Korea’s representatives on improving relations, and described talks with Moon as “sincere and warm.”

Moon sought to reassure U.S. Vice President Mike Pence that the allies remained in lockstep despite North Korea’s joint appearance at the Olympics.

“For all that President Moon has done in outreach and discussions around the Olympics and inter-Korean talks, there is no daylight between the United States and the Republic of Korea and Japan on the need to continue to isolate North Korea economically and diplomatically until they abandon their nuclear and ballistic-missile program,’’ Pence told reporters Saturday aboard Air Force One.

Pence knew of the invitation but did not discuss it with Moon Saturday while they watched a speed-skating event together, a senior White House official said. The invitation doesn’t undermine Pence’s message or purpose of his trip to the Olympics in any way, the official said.

At the lunch meeting, Moon gave a toast to Inter-Korean peace and prosperity.

“The entire world is watching us here today and expectations on both Koreas are high,” Moon said.

Kim Yo Jong told Moon that relations would improve quickly once he meets with her brother. She’s the first family member of the Kim dynasty to set foot in the south.

“I hope President Moon will take the leading role to open a new chapter for unification and accomplish a legacy that will be remembered for long,” she said.

At a dinner later on, Kim Yo Jong said she didn’t feel like a stranger in South Korea even though it was her first visit. She then watched the unified Korean women’s hockey team lose its first match against Switzerland by a final score of 8-0.

During the game, North Korea’s cheering squad chanted “we are one” and sang reunification songs, even as Korean pop music played throughout the stadium.

Leaders of the two Koreas have only meet twice since the peninsula was divided in 1948. They are technically still at war.

The last summit was held in October 2007 between Roh Moo-hyun and Kim Jong Il, the father of the current North Korean leader. The pair signed a peace declaration calling to end the armistice with a permanent treaty, but progress stalled and the two sides remain in a stalemate.

The first summit was in June 2000 between Kim Dae-jung, a proponent of the so-called Sunshine Policy, and Kim Jong Il. This led to family reunions until ties soured under conservative President Lee Myung-bak.