“I’ve just signed your death warrant,” Judge Rosemarie Aquilina said in a Lansing, Michigan, courtroom. “I find that you don’t get it, that you’re a danger. That you remain a danger.”

Nassar had pleaded guilty to seven counts of criminal sexual conduct in Ingham County in Michigan and admitted to using his trusted medical position to assault and molest girls under the guise of medical treatment. 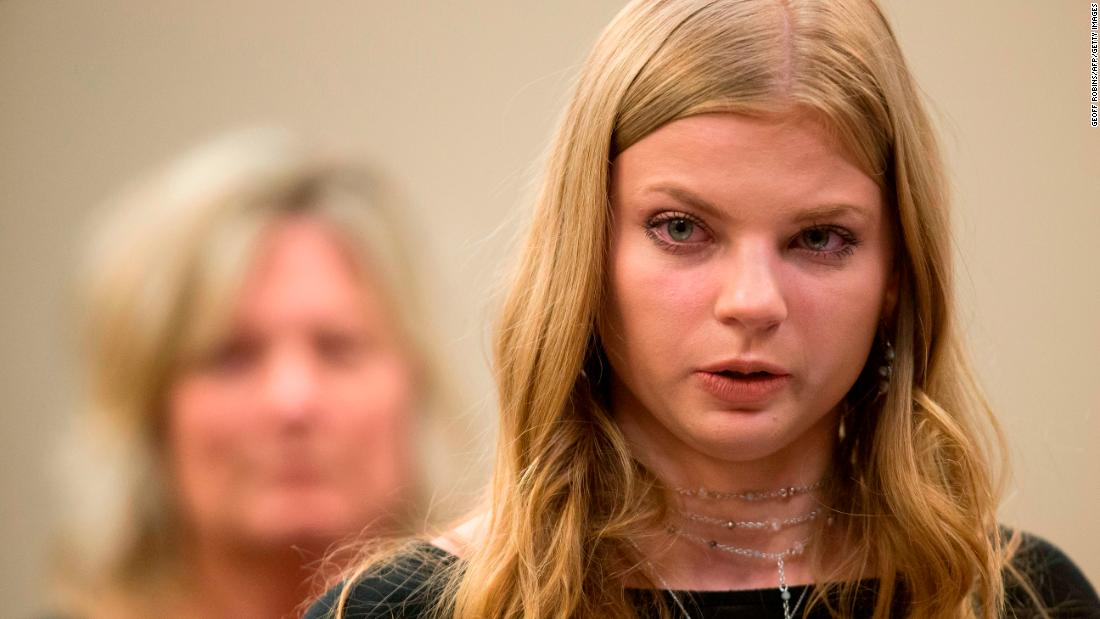 He offered a short statement in court, apologizing and saying that hearing seven days of victim impact statements had shaken him to his core.

“There are no words that can describe the depth and breadth of how sorry I am for what has occurred,” Nassar said. “An acceptable apology to all of you is impossible to write and convey. I will carry your words with me for the rest of my days.”

But before delivering her sentence, Aquilina read aloud a letter Nassar wrote to the court recently in which he defended his medical care, said he was “manipulated” into pleading guilty, and accused the women of lying.

“I was a good doctor because my treatments worked, and those patients that are now speaking out are the same ones that praised and came back over and over,” Nassar wrote. “The media convinced them that everything I did was wrong and bad. They feel I broke their trust. Hell hath no fury like a woman scorned.”

The letter “tells me you still don’t get it,” Aquilina said, tossing the letter dismissively.

The sentence brings to an end a wrenching seven days of victim impact statements as part of Nassar’s plea deal.

A total of 156 victims spoke, recounting similar stories of how they went to Nassar to receive treatment for sports injuries only to be sexually assaulted and told it was a form of treatment.

“The breadth and ripple of this defendant’s abuse and destruction is nearly infinite,” Assistant Attorney General Angela Povilaitis said in her remarks before the sentencing.

Many of the women said that when they spoke up about the treatment, they were ignored or their concerns brushed aside by organizations in power, primarily USA Gymnastics, Michigan State University and the US Olympic Committee.

The final speaker was Rachael Denhollander, the former gymnast who first made Nassar’s abuse public in a September 2016 story in the Indy Star. She meticulously laid out the ways that the systems failed her and other women and allowed this abuse to continue for so long.

“Women and girls banded together to fight for themselves because no one else would do it,” she said.

Nassar sat and listenedon the witness stand, sometimes hiding his head in his hands or wiping away tears with a tissue.

Separately, he has already been sentenced to 60 years in prison for federal child pornography charges. He also has pleaded guilty to three charges of criminal sexual conduct in Eaton County in Michigan and is due to be sentenced on those charges on January 31.
Between the three sentences, Nassar, 54, will never get out of prison, Aquilina said.

But the judge reminded everyone in the courtroom that the focus of the week-long sentencing hearing was the victims — or survivors, as many have called themselves. One by one, women and their families came forward to confront Nassar and explain how he used his respected position to molest young, injured girls.

“I think what we’ve seen over the past week may have been a watershed moment in our country,” said attorney John Manly, who represents more than 100 women in civil lawsuits. “(This happened) because these women had the courage to get up and speak.”

‘We have our voices’ 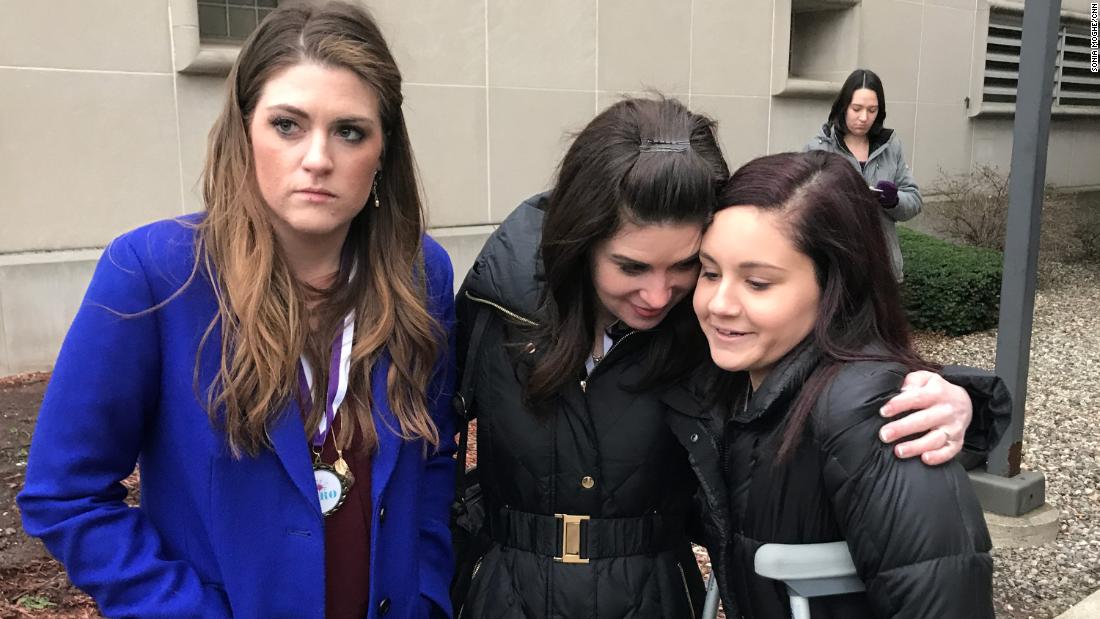 The women — almost all of whom initially met Nassar for a sports-related injury — said that, because of the abuse, they struggled with anxiety, depression and instances of self-harm. Others said they no longer trust doctors or that they shrink from any physical touch.

“Sexual abuse is so much more than a disturbing physical act,” Kyle Stephens, the first victim to speak, said last week. “It changes the trajectory of a victim’s life, and that is something that nobody has the right to do.” 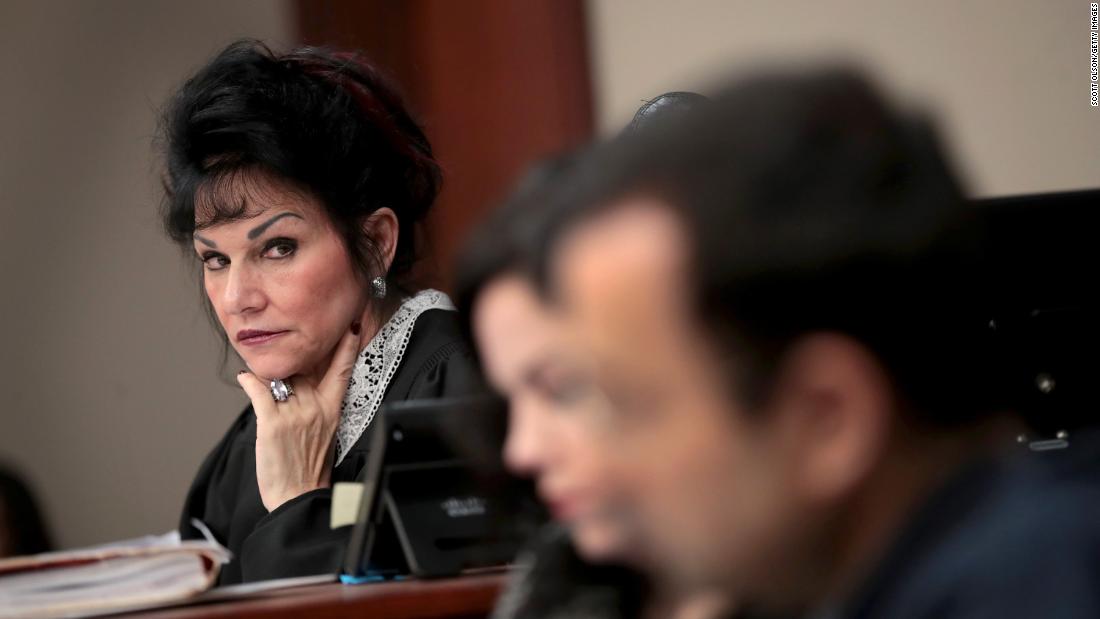 But the women also showed remarkable resolve and bravery, staring down Nassar in court and calling out the systems of power that protected him for more than two decades. The victims include some of the most famous Olympic gymnasts in American history, including gold medalist Aly Raisman, as well as athletes at Michigan State University and at USA Gymnastics.

“We, this group of women you so heartlessly abused over such a long period of time, are now a force, and you are nothing,” Raisman said. “The tables have turned, Larry. We are here. We have our voices, and we are not going anywhere.”

Court officials initially expected 88 victims to speak in court. But that number nearly doubled over the course of the sentencing hearing as more and more women came forward, inspired to speak out by what many called an “army of survivors.”

“We were ultimately strong enough to take you down,” Kaylee Lorincz said on Wednesday. “Not one by one, but by an army of survivors. We are Jane Does no more.”

Judge Aquilina allowed everyone who wished to speak a chance to be heard, and she offered personal responses to each woman in court. Legal experts said her intimate comments were unusual, but Nassar’s victims praised Aquilina for doing what so many others had failed to do: listen.

Though the sentencing marks the end of Nassar’s time in the public eye, it has focused critical attention on USA Gymnastics, the US Olympic Committee and Michigan State University, the institutions that employed Nassar for about two decades. A number of women have accused the organizations of turning a blind eye to Nassar’s abuse and even pressuring outspoken victims into silence. 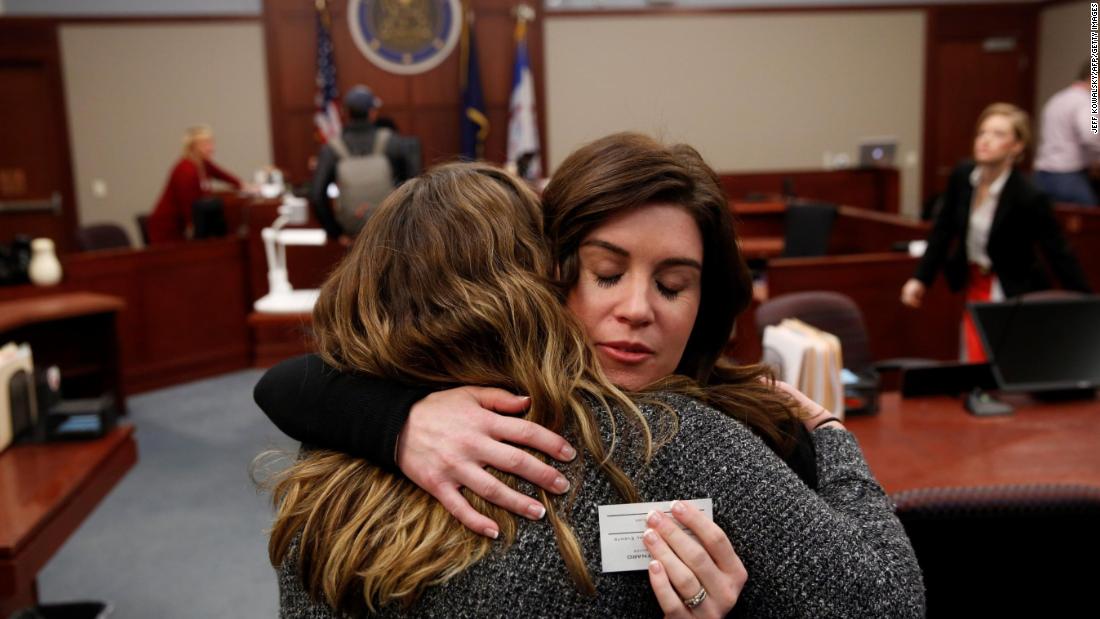 “Michigan State University, the school I loved and trusted, had the audacity to tell me that I did not understand the difference between sexual assault and a medical procedure,” Amanda Thomashow said in court. “That master manipulator took advantage of his title, he abused me, and when I found the strength to talk about what had happened I was ignored and my voice was silenced.”

All three organizations have denied wrongdoing and said they reported the sexual abuse allegations to authorities once they learned about them.

Still, the fallout at those organizations has moved slowly and then all at once. Michigan State University asked the state attorney general to investigate its response to the abuse, and President Lou Anna Simon has faced calls for her resignation.
In the past week, USA Gymnastics cut ties with the Karolyi Ranch, the training facility where the abuse happened, and three leaders of its board stepped down under pressure.
The US Olympic Committee called on the rest of the USA Gymnastics board to step down and said it was considering decertifying USA Gymnastics as a national governing body, according to a statement from USOC CEO Scott Blackmun on Wednesday. The USOC statement also apologized for failing to stop Nassar’s abuse and for its inadequate response at his trial.

“The purpose of this message is to tell all of Nassar’s victims and survivors, directly, how incredibly sorry we are,” Blackmun wrote. “We have said it in other contexts, but we have not been direct enough with you. We are sorry for the pain caused by this terrible man, and sorry that you weren’t afforded a safe opportunity to pursue your sports dreams.

“The Olympic family is among those that have failed you.”