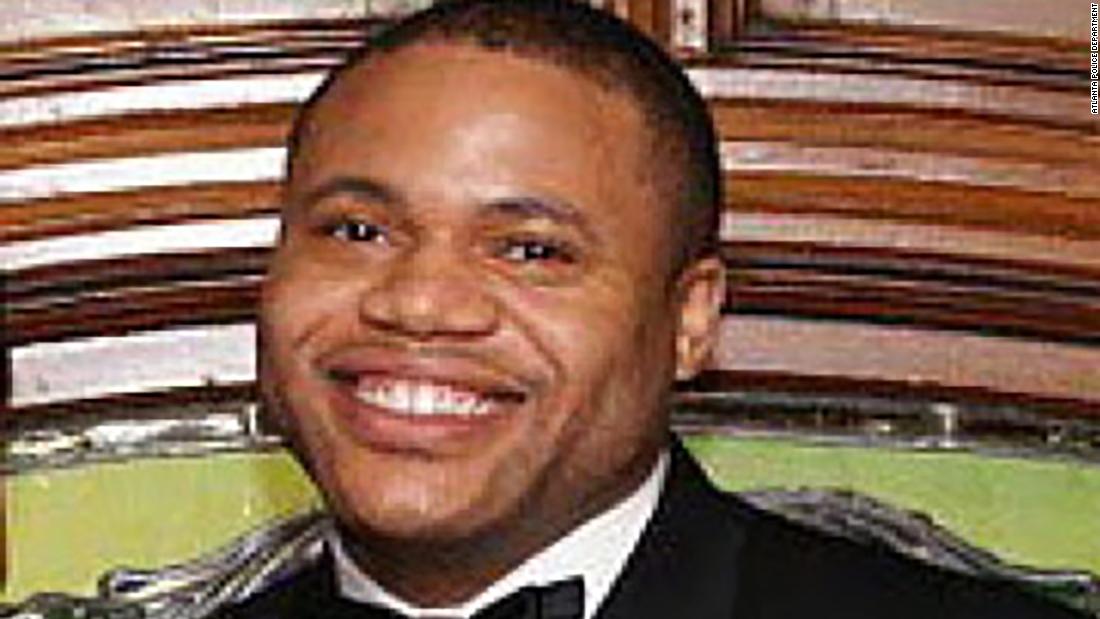 Atlanta (CNN)There were no signs of foul play in the death of a US Centers for Disease Control and Prevention epidemiologist who likely drowned, officials said Thursday.

The remains of Timothy Cunningham were discovered Tuesday in the Chattahoochee River in northwest Atlanta, police spokesman Carlos Campos said.

The preliminary cause of death is drowning, Fulton County Chief Medical Examiner Dr. Jan Gorniak told reporters. The manner of death has not been determined, she said.

Authorities made a positive ID of the remains by using dental records, Gorniak said.

Police are awaiting a final report from the medical examiner, but unless new information comes forward, the investigation is expected to conclude soon, officials said.

Cunningham’s family released a statement Thursday night saying, “We sincerely thank all of you for the support and kindness you have shown our family during this difficult time. We are processing this incomprehensible loss and request time and space to grieve.”

Cunningham’s disappearance prompted a high-profile police search and a $10,000 reward for clues. As days went on, internet rumors circulated that the case was tied to his alleged role as a flu vaccine whistle-blower. The rumors were debunked by police and his family.

Maj. Michael O’Connor of the Atlanta Police Department stressed that “things are fluid and things can change,” but as of Thursday afternoon, there were no indications of foul play.

Cunningham’s home is not far from the river, O’Connor said. Cunningham was also known to be a jogger, and was wearing his “favorite jogging shoes” when he was found.

According to O’Connor, Cunningham was also an avid collector of “crystals,” and three were found in his pocket.

The condition of the body is “consistent” with Cunningham having been in the river since he first went missing, Gorniak said. There were no signs of trauma on the body.

“We may never be able to tell you how he got into the river,” O’Connor said.

Area has been searched before

Sgt. Cortez Stafford, a spokesman for the Atlanta Fire Department, said the department had searched the area of the river where the body was found on February 23. At that time, Stafford said, there was no sign of a body.

But that wasn’t the case on Tuesday, when two fishermen called 911 to report a body.

“It was very difficult terrain, very difficult to access the location of where Mr. Cunningham was found,” Stafford said. “It was in a remote area that’s not easily accessible by walking trails, by vehicle or by people just being around there.”

The body was found along the riverbank, Stafford said, and was “stuck in a lot of mud as well.”

Stafford couldn’t say whether the body had been in the area when it was canvassed on February 23. It could have been there or it could have moved there later, he said. “There’s just no way to tell due to the rise and fall of the river,” Stafford said.

Assuming no new information is brought to investigators, O’Connor said, the case will likely be closed “fairly soon.”

According to O’Connor, police feel they’ve spoken to “everyone of importance” in Cunningham’s life, and believe they’ve obtained all relevant information over the course of the investigation.

Cunningham, of Atlanta, was last seen February 12, shortly after a CDC supervisor told him why he was being passed over for a promotion, police have said.
The CDC’s director in mid-March issued a statement denying that Cunningham hadn’t gotten a promotion and noting that he’d been promoted in July. Atlanta police responded by doubling down on their version of events, citing the CDC as the source of the information.

The case perplexed investigators because Cunningham’s keys, cell phone, credit cards, debit cards, wallet and all forms of identification were found in his house, along with his beloved dog.

Co-workers told authorities that Cunningham had been “obviously disappointed” on the morning of February 12, when he learned why he wasn’t getting the promotion he’d hoped for, police have said. He left work quickly, saying he felt ill, they said.

Earlier that morning, at 5:21 a.m., Cunningham’s mother had received a text message from him, she has said. “Are you awake?” her son asked. But her phone was on silent mode. “I wish I had that opportunity to answer that text,” she said later.

Cunningham also called his mother at 9:12 a.m. that day, but she did not answer, Atlanta police have said. He did not leave a message.

‘This is extremely hard’

Cunningham was a highly respected epidemiologist at the CDC, having risen through the ranks to become a team leader in the US Public Health Service Commissioned Corps. He earned a spot last year in the Atlanta Business Chronicle’s 40 Under 40 list, a who’s who of the city’s young standouts.

The CDC said in a statement sent to CNN that Cunningham’s “colleagues and friends at CDC are deeply saddened to learn of his death.” It called the doctor “invaluable” to the agency’s work.

“Tim’s impact will be felt not only through his significant contributions to CDC’s mission, but also through his influence on the lives of his colleagues and friends,” the statement said.

With more than 16 years of experience in public health, he’d co-authored 28 publications on topics ranging from sleep deprivation to pulmonary disease, with a special focus on how health issues affect minorities. He worked on public health emergencies including Superstorm Sandy, the Ebola outbreak and the Zika virus.

Friends said Cunningham was smart and caring, with a big grin and big hugs to match.

Fliers circulated across Atlanta in the weeks after he disappeared. They showed his magnetic smile and urged anyone with information to call 911.

Cunningham’s parents, Tia and Terrell Cunningham, recently said they shared a worrisome series of text messages and a phone call with their son on the evening of February 11. 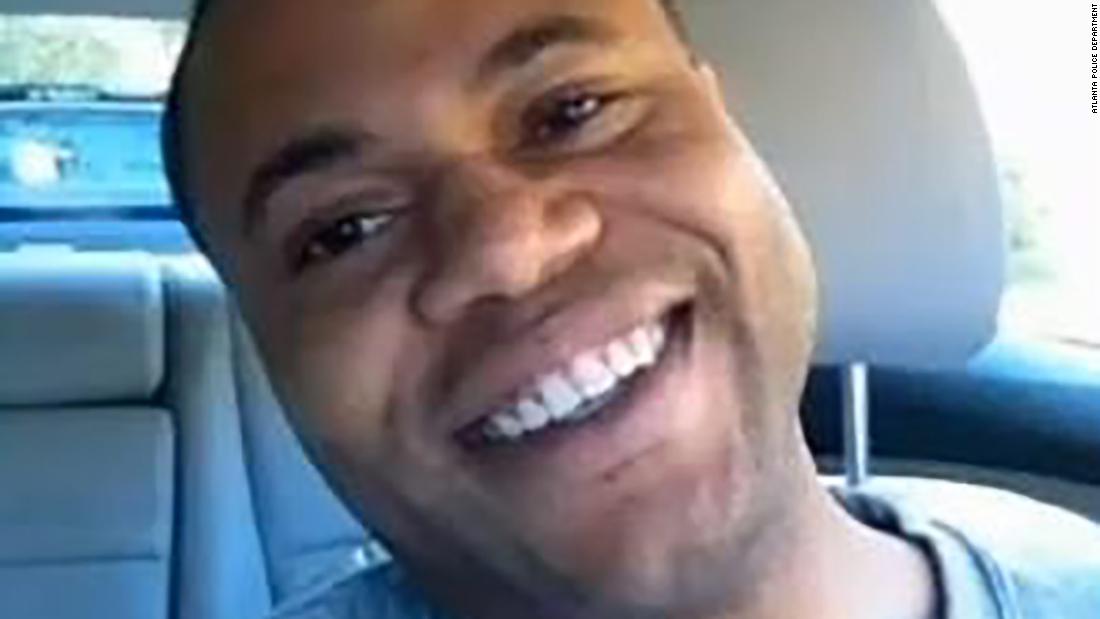 “We’ve shared that with the detectives, and we’ve kept that as a private matter,” his father said. “As a parent, you have indicators when things are just not right with your child, and that was the case.”

When they arrived at his house a few days later, Cunningham’s parents said, they knew something was wrong because his Tibetan spaniel was unattended. The dog, known as Bo, had twice accompanied Cunningham to Harvard, where he earned his master’s and doctoral degrees.

Four times since their son went missing, Cunningham’s parents have been told that a body had been found. Each time, they felt heart-wrenching agony, they said, only to learn it wasn’t their son.

“It takes you to a place that the light is not shining in,” Terrell Cunningham said. “I won’t call it a dark place, but they are lows. This is extremely hard.”

PrevPreviousGunman dead, two injured after shooting at Great Mills High School in Maryland – Trending Stuff
NextTammy Duckworth gives birth, first US senator to do so while in office – Trending StuffNext