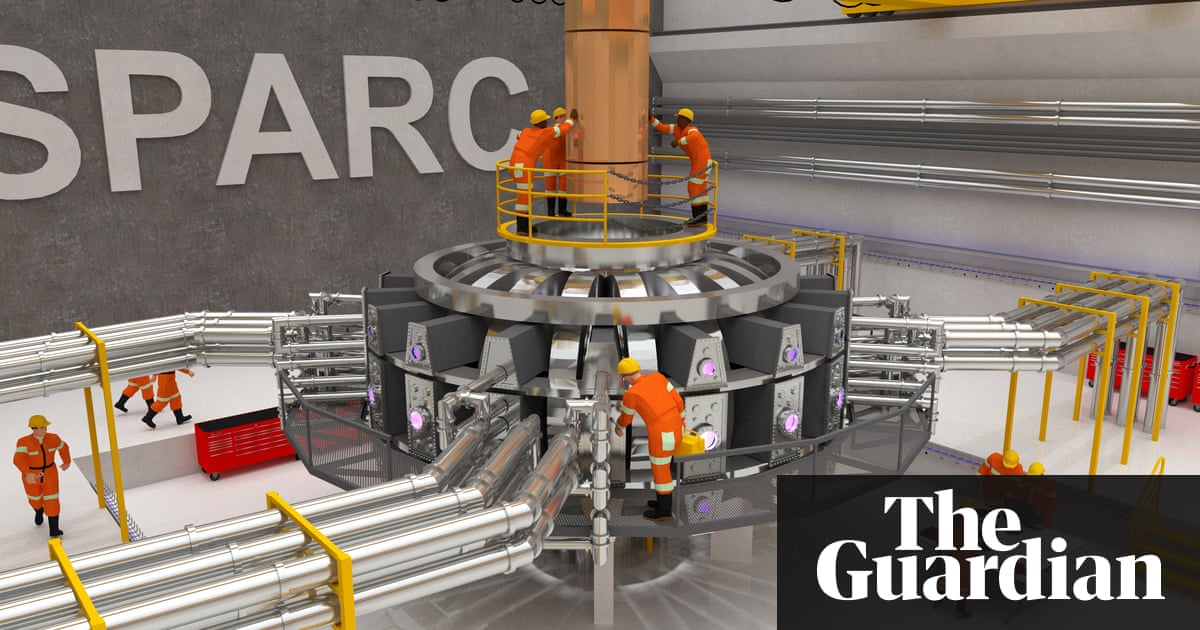 The dream of nuclear fusion is on the brink of being realised, according to a major new US initiative that says it will put fusion power on the grid within 15 years.

The project, a collaboration between scientists at MIT and a private company, will take a radically different approach to other efforts to transform fusion from an expensive science experiment into a viable commercial energy source. The team intend to use a new class of high-temperature superconductors they predict will allow them to create the worlds first fusion reactor that produces more energy than needs to be put in to get the fusion reaction going.

Bob Mumgaard, CEO of the private company Commonwealth Fusion Systems, which has attracted $50 million in support of this effort from the Italian energy company Eni, said: The aspiration is to have a working power plant in time to combat climate change. We think we have the science, speed and scale to put carbon-free fusion power on the grid in 15 years.

The promise of fusion is huge: it represents a zero-carbon, combustion-free source of energy. The problem is that until now every fusion experiment has operated on an energy deficit, making it useless as a form of electricity generation. Decades of disappointment in the field has led to the joke that fusion is the energy of the future and always will be.

The just-over-the-horizon timeframe normally cited is 30 years, but the MIT team believe they can halve this by using new superconducting materials to produce ultra-powerful magnets, one of the main components of a fusion reactor.

Prof Howard Wilson, a plasma physicist at York University who works on different fusion projects, said: The exciting part of this is the high-field magnets.

Fusion works on the basic concept of forging lighter elements together to form heavier ones. When hydrogen atoms are squeezed hard enough, they fuse together to make helium, liberating vast amounts of energy in the process.

However, this process produces net energy only at extreme temperatures of hundreds of millions of degrees celsius hotter than the centre of the sun and far too hot for any solid material to withstand.

To get around this, scientists use powerful magnetic fields to hold in place the hot plasma a gaseous soup of subatomic particles to stop it from coming into contact with any part of the doughnut-shaped chamber.

A newly available superconducting material a steel tape coated with a compound called yttrium-barium-copper oxide, or YBCO has allowed scientists to produce smaller, more powerful magnets. And this potentially reduces the amount of energy that needs to be put in to get the fusion reaction off the ground.

The higher the magnetic field, the more compactly you can squeeze that fuel, said Wilson.

The planned fusion experiment, called Sparc, is set to be far smaller about 1/65th of the volume than that of the International Thermonuclear Experimental Reactor project, an international collaboration currently being constructed in France.

The experimental reactor is designed to produce about 100MW of heat. While it will not turn that heat into electricity, it will produce, in pulses of about 10 seconds, as much power as is used by a small city. The scientists anticipate the output would be more than twice the power used to heat the plasma, achieving the ultimate technical milestone: positive net energy from fusion.

Prof Wilson was also cautious about the timeframe, saying that while the project was exciting he couldnt see how it would achieve its goal of putting energy on the grid within 15 years.

Unlike with fossil fuels, or nuclear fuel like uranium used in fission reactions, there will never be a shortage of hydrogen.

The reaction also does not create greenhouse gases or produce hazardous radioactive waste of the sort made by conventional nuclear fission reactors.

Prof Maria Zuber, MITs vice-president for research, said that the development could represent a major advance in tackling climate change. At the heart of todays news is a big idea – a credible, viable plan to achieve net positive energy for fusion, she said.

If we succeed, the worlds energy systems will be transformed. Were extremely excited about this.