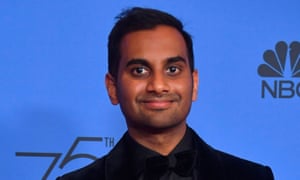 Girls are raised with a contradictory set of expectations: be kind and acquiescent, but also be the brakes on male sexual desire. Photograph: Frederic J Brown/AFP/Getty Images

It was bound to happen. In the midst of women sharing stories of harassment and assault via the #MeToo movement, and a brewing backlash of hand-wringers wondering if women have perhaps gone too far, it was only a matter of time before a publication did us the disservice of publishing a sensational story of a badly behaved man who was nonetheless not a sexual assailant. The publication: Babe.net. The man: Aziz Ansari. The story: a coercive, dehumanizing sexual interaction.

Its a shame. Not because these stories shouldnt be told if anything, we need to talk more about how pervasive power imbalances benefit men and make sex worse for women. But instead of telling this particular story with the care it called for, it was jammed into a pre-existing movement grounded in the language of assault and illegality.

It seems to have been reported only because there was a celebrity name attached, and not even because the celebrity broke the law or leveraged his power to do wrong, but because he was sexist and sexually entitled while despicable, thats shaky grounds for broadcasting an individuals sexual play-by-play.

As a result, were arguing about whether Aziz Ansari is a sexual assailant, and missing the more relevant conversation about sex, male entitlement and misogyny in the bedroom.

One of the most gratifying elements of the #MeToo movement has been the care with which journalists have handled these sensitive claims. But little of that journalistic rigor appears to have been applied to the Ansari story.

Babe published it as a bizarre hybrid of reported piece and personal essay, with editorial comments inappropriately interjected. (After the woman in the story, pseudonymously called Grace, says she carefully selected an outfit to wear on her date with Ansari, the reporter adds: She showed me a picture, it was a good outfit.)

Babe did not interview Ansari before publishing the piece, and barely gave him time (just over five hours) to respond the right of response is one of the most basic of journalistic requirements when youre publicly accusing someone of wrongdoing.

Journalistic integrity aside, this story missed the boat in a much more important way. It was only a matter of time before the focus of the #MeToo movement turned to sexist sexual experiences more generally. And here is where there remains much feminist work to be done.

After centuries of feminist activism, it finally seems like most of society understands that sexual assault and harassment are wrong; we increasingly understand that its not just about sex, but about power, and that harassment in the workplace isnt about sexual desire, but about womens rights to participate in the workforce.

What we havent touched on nearly as thoroughly is heterosexual sex for women in a society that still sees sex as primarily about male pleasure; that continues to position womens bodies as sexual objects, receptacles and stand-ins for sex itself; and that encourages sexual aggressiveness in men and congeniality and passivity in women (perhaps the best and one of the few pieces written on the sexist power dynamics within consensual sex was by Rebecca Traister in New York magazine, back in 2015).

When we havent yet agreed that female pleasure and clear enthusiasm are prerequisites for a sexual encounter, we lack the ability to peel back the layers of sexual experience, and we end up with two bad options: accept sexual inequity as just how sex is (or just how men are) or wedge truly bad sexual experiences into the category of sexual assault.

Reading the story about Ansari, as well as the New Yorkers viral Cat Person short story about a twentysomethings confusing and often unpleasant flirtation turned sexual encounter with a thirtysomething man, I was struck by how much I could relate, and how Ive heard similar stories from nearly every woman I know.

Girls are raised with a contradictory set of expectations: be kind and acquiescent, but also be the brakes on male sexual desire. We are taught to reflexively say yes except for when were supposed to definitively say no, but we dont learn how to know when we want to say either.

In the Grace/Ansari story, this dynamic was on full display. Grace may have been interested in some sort of sexual interaction, but she found herself turned off by Ansaris actions, and communicated that to him verbally and non-verbally pulling her hand away, telling him to chill, saying: I dont want to feel forced.

In a perfect world, Grace would have walked out the door. But women are so strongly socialized to put others comfort ahead of our own that even when we are furiously uncomfortable, it feels paralyzing to assert ourselves. This is especially true when we are young.

When feminists do try to talk about this sexual imbalance, we get written off as anti-sex prudes. This is strange, because what we actually want is a norm of good sex for everyone involved, instead of the status quo of sex as a male-led endeavor, centered on male pleasure. Women seem to have two sexual possibilities: yes or no. Note that men never have to say no means no or even yes means yes. Theyre the ones posing the question, not answering it.

Men arent morons, and they know as well as anyone that a woman who is silent, physically stiff, or pulling away is not exactly aflame with desire. But they also know that we are collectively invested in a social script wherein men push to get sex until women acquiesce. And so they push, even when they know its unwelcome, because they can.

The language of a bad hookup fails to capture the unequal power dynamics and the deep sense of disorientation and betrayal that comes when someone treats you as a hole rather than a person. Nor does it adequately measure the weight of centuries of misogyny that have shaped our most intimate moments.

Feminists have been on the forefront of tackling these knottier issues of sex, consent, pleasure and power. And so its up to us to lead the way in confronting the private, intimate interactions that may be technically consensual but still profoundly sexist.

This will only happen if we move beyond being reactively sex positive and recognize that human sexual interactions are not always clearcut: yes or no, good or bad, empowering or not, either assault and worth worrying about or technically consensual and therefore not at a problem.

We can we must wade into the messy, complicated nature of sex in a misogynist world. What a shame that opportunity was wholly missed with this breathless celebrity expos.

Sign up to receive the latest US opinion pieces every weekday