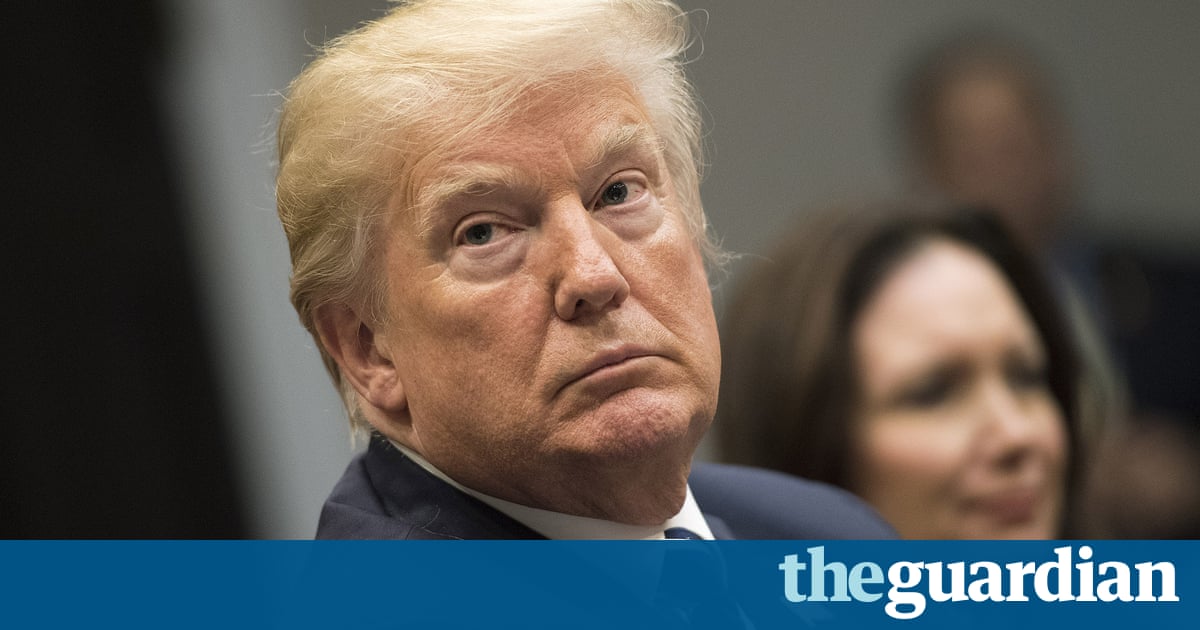 Donald Trump described El Salvador, Haiti and certain African nations, as shithole countries during a meeting with lawmakers on Thursday, according to a report.

Why are we having all these people from shithole countries come here? Trump said, after being presented with a proposal to restore protections for immigrants from those countries as part of a bipartisan immigration deal, the Washington Post reported, citing aides briefed on the meeting.

The president demanded to know why the US would accept immigrants from these countries rather than places like Norway, whose prime minister he had met with the day before.

In a statement, the White House did not deny the account, instead highlighting Trumps hardline immigration stance.

Certain Washington politicians choose to fight for foreign countries, but President Trump will always fight for the American people, said Raj Shah, a White House spokesman. Like other nations that have merit-based immigration, President Trump is fighting for permanent solutions that make our country stronger by welcoming those who can contribute to our society, grow our economy and assimilate into our great nation.

He added that Trump will always reject temporary, weak and dangerous stopgap measures that threaten the lives of hardworking Americans, and undercut immigrants who seek a better life in the United States through a legal pathway.

The presidents comments drew swift and bipartisan rebuke while a chorus of Democrats condemned Trump as a racist.

We always knew that President Trump doesnt like people from certain countries or people of certain colors. We can now we say with 100% confidence that the president is a racist, said congressman Luis Gutirrez, a Democrat from Illinois.

This is the real Donald Trump and my biggest fear is that his voters will applaud him, he added.

Senator Orrin Hatch, a Republican of Utah who has helped implement the presidents legislative agenda, said: I look forward to getting a more detailed explanation regarding the Presidents comments. Part of what makes America so special is that we welcome the best and brightest in the world, regardless of their country of origin.

Haitis ambassador to the US told MSNBC that their government had formally summoned a US official to explain Trumps comments.

Vicente Fox, the former president of Mexico and a sharp-tongued critic of Trump, returned the insult on Twitter, adding: Americas greatness is built on diversity, or have you forgotten your immigrant background, Donald?

Congressional lawmakers met at the White House on Thursday to discuss a proposal reached by a bipartisan group of senators. Those in attendance included Senators Lindsey Graham, David Perdue and Dick Durbin, the only Democratic lawmaker present, as well as congressman Kevin McCarthy, the House majority leader, Bob Goodlatte and Mario Diaz-Balart.

The Oval Office meeting came on a day of frantic negotiations on all the aspects of immigration law now in the balance. The fate of hundreds of thousands of young, undocumented immigrants remained hanging in the air Thursday after being kicked around Washington amid fierce partisan infighting.

Confusion roiled Capitol Hill as initial optimism that a deal had been struck to avoid the so-called Dreamers becoming vulnerable to deportation was quickly deflated by the White House and conservative lawmakers.

There has not been a deal reached yet, said White House press secretary Sarah Sanders. However, we still think that we can get there. Were very focused on trying to make sure that that happens.

Republican Senator Jeff Flake of Arizona, a member of a bipartisan working group focused on finding a legislative solution for Dreamers, the young people who came to the country illegally as children, set off a firestorm when he announced that the six negotiators had reached an agreement.

Were at a deal. Well be talking to the White House about that and I hope we can move forward with it, Flake said, declining to offer specific details. Its the only game in town.

When Donald Trump ended Deferred Action for Childhood Arrivals, the Obama-era program that has allowed nearly 800,000 immigrants to work and go to school in the US without fear of deportation, he gave lawmakers a six month deadline to resolve the issue.

As that window closes, lawmakers are scrambling to find a solution that also accommodates a list of demands laid out by the president: that the bill increase border security and provide funding for a wall; restrict family-based immigration; and end the state departments diversity visa lottery.

The bipartisan group, which includes Republican senators Flake, Lindsey Graham and Cory Gardner as well as Democratic Senators Dick Durbin, Michael Bennet and Bob Menendez, said their agreement meets those requirements and we are now working to build support for that deal in Congress.

Meanwhile, Marc Short, the White House director of legislative affairs, told reporters on Capitol Hill that negotiators still have a ways to go.

A federal judge earlier this week issued a nationwide injunction, ordering that the administration reinstate the Daca program while the courts deliberate how to rule on the presidents order.

Lawmakers insist that the court order in no way diminishes the need to resolve the issue quickly.

The Five White Guys, I call them, Pelosi said. Are they going to open a Hamburger stand next or what?