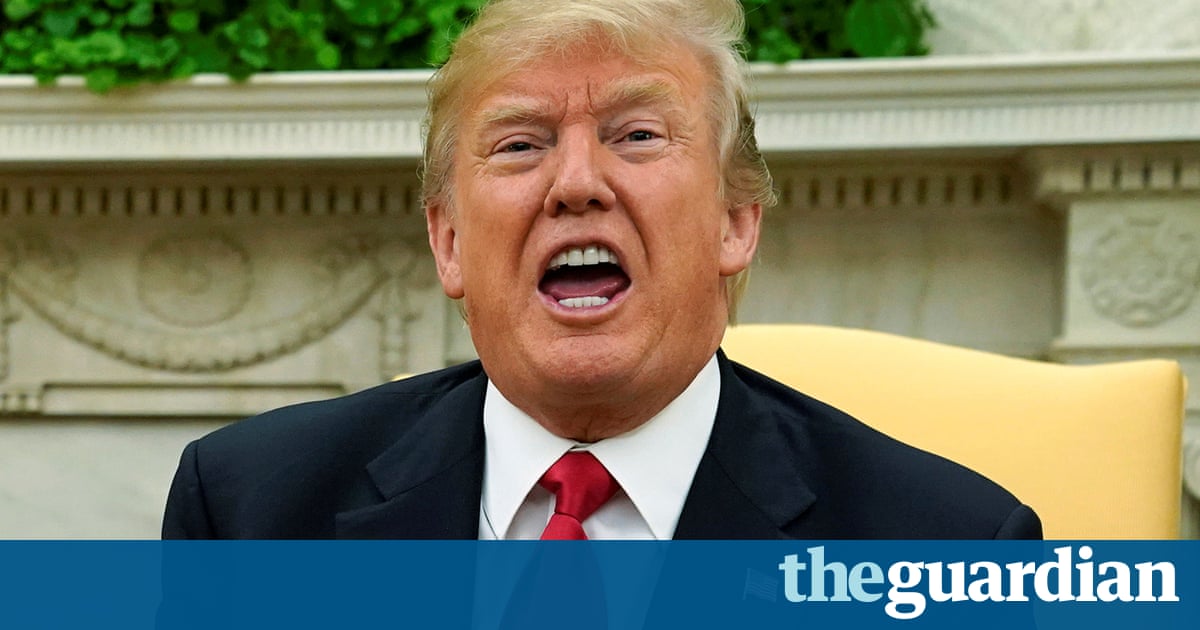 US diplomats around the world were summoned for formal reproach, amid global shock over Trump calling African nations, Haiti and El Salvador shitholes

Donald Trump has been branded a shocking and shameful racist after it was credibly reported he had described African nations, as well as Haiti and El Salvador as shitholes and questioned why so many of their citizens had ever been permitted to enter America.

US diplomats around the world were summoned for formal reproach, amid global shock that such crude remarks could ever be made in a semi-public meeting by the president of America.

In a strongly-worded statement, the UN said it was impossible to describe his remarks as anything other than racist, while the Vatican decried Trumps words as particularly harsh and offensive.

The 55-nation African Union said the remarks were clearly racist.

Trump initially allowed reported accounts of his comments to go unchallenged, but went into damage limitation mode on Friday, insisting he had not used derogatory words but admitting that the language he had used at a meeting with Senators on immigration was tough.

But the democratic senator Dick Durbin who was present at the meeting with Trump on Thursday insisted that the reports were entirely accurate.

He said those hate-filled things and did so repeatedly.

Shithole was the exact word used once not twice but repeatedly, Durbin said, adding that the word was specifically used in the context of African countries.

The UN human rights spokesman, Rupert Colville, told a Geneva news briefing: There is no other word one can use but racist. You cannot dismiss entire countries and continents as shitholes, whose entire populations, who are not white, are therefore not welcome.

Salvador Snchez, the president of El Salvador, said Trumps words had struck at the dignity of Salvadorans.

US diplomats and the US embassy in San Salvador sought to assure those in El Salvador of their respect for the country. Jean Manes, the US envoy to El Salvador, tweeted in Spanish: I have had the privilege to travel around this beautiful country and meet thousands of Salvadorans. It is an honour to live and work here. We remain 100% committed.

Robin Diallo, the US charg daffaires to Haiti, was summoned to meet the Haitian president, Jovenel Mose, to discuss the remarks. The former Haitian president Laurent Lamothe expressed his dismay, saying Trump had shown a lack of respect and ignorance.

Across Africa there was diplomatic fury. Botswanas government called Trumps comment reprehensible and racist and said the US ambassador had been summoned to clarify whether the nation was regarded as a shithole country after years of cordial relations. Ugandas state minister for international relations, Henry Okello Oryem, called the remarks unfortunate and regrettable.

The African Union said it was alarmed by Trumps language. Given the historical reality of how many Africans arrived in the United States as slaves, this statement flies in the face of all accepted behaviour and practice, its spokeswoman Ebba Kalondo told Associated Press.

Jessie Duarte, the deputy secretary general of South Africas ruling ANC, said: Ours is not a shithole country; neither is Haiti or any other country in distress. Its not as if the United States doesnt have problems. There is unemployment in the US, there are people who dont have healthcare services.

The leader of South Africas main opposition party, Mmusi Maimane, described the comments as abhorrent. He tweeted of Trump:

The US state department tried to pour water on the flames, issuing a tweet from its Bureau of African Affairs saying that the United States will continue to robustly, enthusiastically and forcefully engage in #Africa, promoting this vital relationship.

Mexicos former president, Vicente Fox, who has been an outspoken critic of Trump, said in a colourful tweet that Americas greatness was built on diversity. He added Trumps mouth was the foulest shithole in the world. With what authority do you announce who is welcome in America and who is not? Americas greatness is based on diversity, or have you forgotten your migration background, Donald?

David Miliband, the president of the International Rescue Committee, said Trumps comments were leading a race to the bottom on refugees.

Trump has made few references to Africa since his election, and many senior Africa-focused posts in his administration remain unfilled.

In September, he appeared to invent a new country called Nambia while addressing African leaders in Washington. Trump also told them: I have so many friends going to your countries, trying to get rich. It has a tremendous business potential.

The US governments Africa Media Hub made an effort to limit the diplomatic damage of the presidents words.

Without directly referring to Trumps statement, a tweet said the US remains committed to working together w/Africans to realize the promise of a more peaceful, more productive, more prosperous 21st century Africa. US deeply respects the people of #Africa & values its partnerships with them.

Standing at a coffee stall outside an office block in Rosebank, a commercial and business neighbourhood in central Johannesburg, Blessing Dlamini, a 45-year-old administrative assistant, said Trumps words came as no surprise.

He has shown the world he is a racist. We should just block him from our thoughts, Dlamini said.