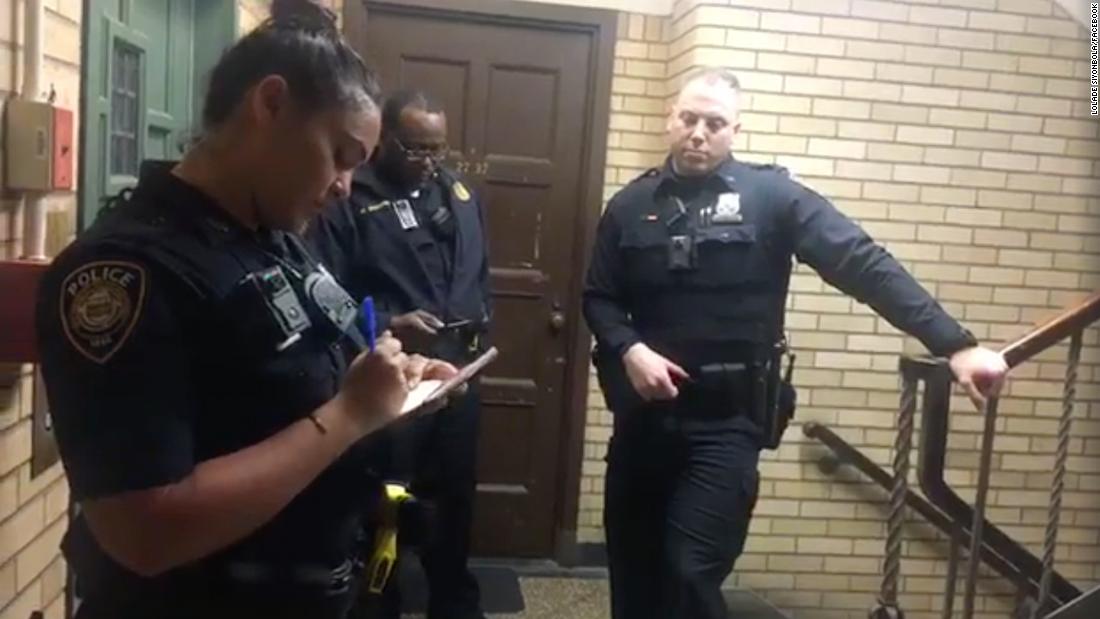 (CNN)A white person voices suspicions about an innocuous person of color. Police are summoned. And the encounter is posted on social media, sparking outrage about racial profiling.

The black student, Lolade Siyonbola, posted two videos of the encounter to Facebook, where they have been widely viewed and drawn thousands of comments.

“I deserve to be here. I pay tuition like everybody else,” an annoyed Siyonbola told responding officers in one video after they asked for her ID. “I’m not going to justify my existence here.”

The incident is one of several in recent weeks in which police have been called on people of color for seemingly harmless acts. In one of the most recent, two black women and a black man were detained while leaving their California Airbnb after a neighbor called police, thinking they were burglars. Last month two black men were arrested at a Starbucks in Philadelphia after a manager called 911 on them because they didn’t order anything.

What happened at Yale

According to Siyonbola, she was working on a paper in the Hall of Graduate Studies when she fell asleep in a common room. Another female student came in, turned on the lights and told her, “You’re not supposed to be sleeping here. I’m going to call the police.”

Siyonbola pulled out her phone and recorded 54 seconds of a hallway encounter with the unidentified student, who told her, “I have every right to call the police. You cannot sleep in that room.”

After two white police officers arrived and began questioning her in a stairwell, Siyonbola posted 17 minutes of their encounter to Facebook Live.

When Siyonbola asked them about the complaint, one officer said, “She called us (and) said there’s somebody who appeared they weren’t … where they were supposed to be.”

The 34-year-old grad student in African studies unlocked her dorm-room door in front of police to show that she lived there, but they still asked for her ID. “You’re in a Yale building and we need to make sure that you belong here,” the other officer told her.

After some hesitation, Siyonbola handed her ID over. “I really don’t know if there’s a justification for you actually being in the building,” she told the officers, saying she needed to get back to working on her paper.

Eventually two more officers arrived. After some confusion about Siyonbola’s ID — her name did not match the name in a student database — the police told her she was free to go.

Yale spokeswoman Karen Peart said the issue was that the name on Siyonbola’s ID card was her preferred name, so it did not exactly match her name in university records.

The officers in the dorm admonished the student who called police, saying Siyonbola had every right to be present, according to Kimberly Goff-Crews, Yale’s vice president for Student Life.

CNN has reached out to the other student for comment.

How people are reacting

Siyonbola’s video of the episode, posted at 1:50 a.m., has more than 480,000 views, 7,500 shares and 12,000 comments, many of them protesting what people feel was a racist assumption by the white student and harassment of Siyonbola by the campus police.

“This sorta incident breaks my heart everytime…” wrote one man. “Why do white folks always call police on black folks all the time why?!!!” 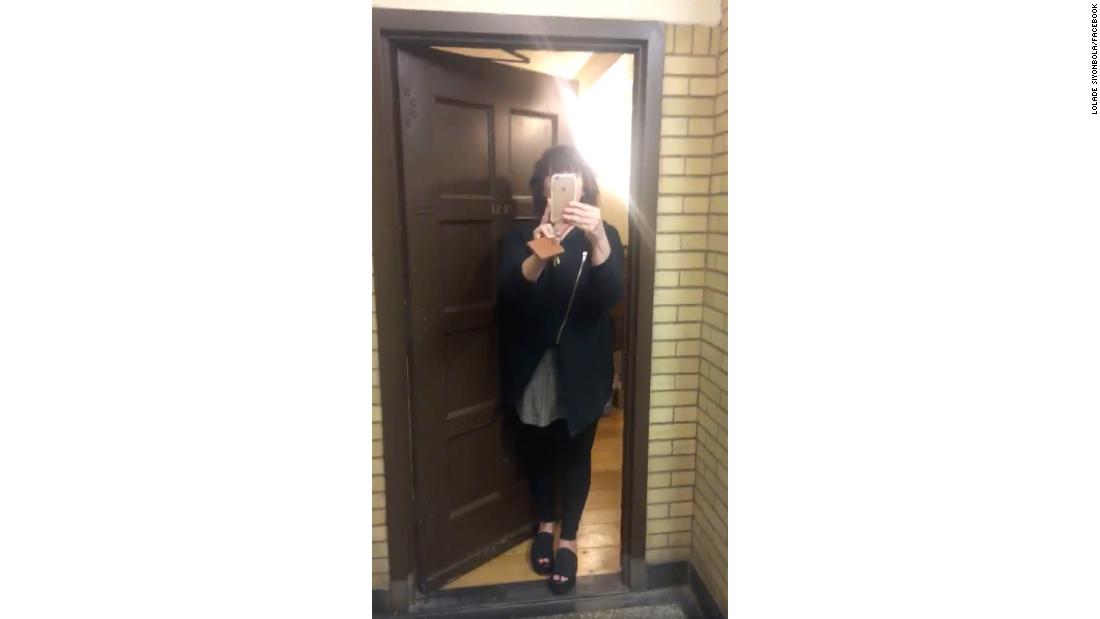 Graduate School of Arts and Sciences Dean Lynn Cooley sent an email to her grad students Tuesday evening emphasizing the importance of inclusivity and inviting them to share their comments about the matter.

“Incidents like that of last night remind us of the continued work needed to make Yale a truly inclusive place,” Cooley wrote. “I am committed to redoubling our efforts to build a supportive community in which all graduate students are empowered in their intellectual pursuits and professional goals within a welcoming environment. An essential part of that effort must be a commitment to mutual respect and an open dialog.”

In a letter to Yale students, Goff-Crews said she was deeply troubled by what happened.

“All of us in senior leadership recognize that incidents such as this one are being framed within a difficult national context,” she wrote.

Yale police Chief Ronnell Higgins did not respond Wednesday to a request for comment. But Peart told CNN, “We believe the Yale police who responded followed procedures.”

University officials will review the officers’ response as they do with every incident, she said.

“Our officers are professionals who take great pride in working for Yale,” she added. “They are trained on unconscious bias, de-escalation techniques, and problem solving, and seek to treat each individual with respect.”

Siyonbola also did not respond to a request for comment. But in a Facebook post Tuesday afternoon she said, “Grateful for all the love, kind words and prayers, your support has been overwhelming. Black Yale community is beyond incredible and is taking good care of me. I know this incident is a drop in the bucket of trauma Black folk have endured since Day 1 America, and you all have stories. Share below if you feel led.”

CORRECTION: This story has been updated to correct the gender makeup of the group of friends detained in the Airbnb incident.