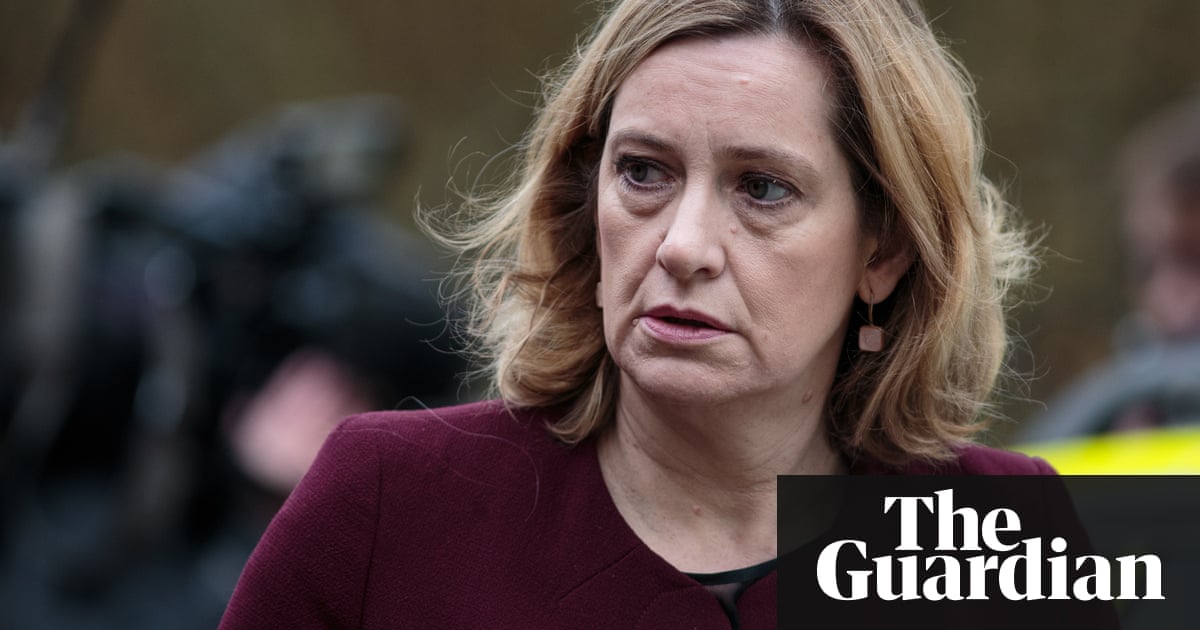 Amber Rudd has dramatically resigned as home secretary, after repeatedly struggling to account for her role in the unjust treatment of Windrush generation migrants.

The home secretary was forced to step down after a series of revelations in the Guardian over Windrush culminated in a leak on Friday that appeared to show she was aware of targets for removing illegal migrants from Britain.

The pressure increased late on Sunday afternoon as the Guardian revealed that in a leaked 2017 letter to Theresa May, Rudd had told the prime minister of her intention to increase deportations by 10% seemingly at odds with her recent denials that she was aware of deportation targets.

Rudd was facing a bruising appearance in the House of Commons on Monday. Downing Street sources said that in preparing for her statement, new information had become available which convinced Rudd she had inadvertently misled parliament and she had therefore phoned the prime minister on Sunday to tender her resignation.

In her resignation letter to the prime minister, published hours after the latest leak, Rudd said she had become aware of information provided to my office which makes mention of targets. I should have been aware of this, and I take full responsibility that I was not.

The prime minister replied that she believed Rudd had given her evidence in good faith; but that she could understand why, now you have had chance to review the advice that you have received on this issue, you have made the decision you have made, and taken responsibility for inadvertently misleading the home affairs select committee.

May added that Rudd had led her department with great integrity, compassion and selflessness notwithstanding the personal and political challenges you have faced during this period.

The process that led to Rudds departure began on Wednesday when Labour MP Yvette Cooper challenged her repeatedly about removals targets at the home affairs select committee, prompting Rudd to insist thats not how we operate.

The next day, she pledged to scrap future targets, saying, I have not approved or seen or cleared any targets for removals looking ahead, and looking ahead I will not be doing that and said she would change the culture of the home office from top to bottom, insisting, I can do this.

In her resignation letter, she said the Windrush cases had shone a light on an important issue for our country. As so often the instincts of the British people are right. They want people who have a right to live here to be treated fairly and humanely, which has sometimes not been the case. But they also want the government to remove those who dont have the right to be here.

She added, I had hoped in coming months to devise a policy that would allow the government to meet both these vital objectives. Rudd had been working on a long-delayed white paper on migration.

The home secretary had faced mounting pressure in recent days over her role in setting the culture and policies that led to long-term residents of Britain from Caribbean countries being denied healthcare, pensions and benefits and in some cases the threat of deportation.

Speculation about her future had swirled around Westminster late into the evening on Friday, as the home office and Downing Street failed to respond for more than eight hours to the Guardians revelations.

But Rudd finally issued a statement on Friday night insisting, I wasnt aware of specific removal targets. I accept I should have been and Im sorry that I wasnt.

She had pledged to explain herself in a statement to the House of Commons on Monday. But instead, she drafted a resignation letter.

The prime minister was forced to apologise for the treatment of the Windrush generation during the recent Commonwealth heads of government meeting, after initially refusing a request to meet the leaders of affected countries.

Rudds own repeated apologies failed to assuage the sense that the home secretary should have known what was happening and got to grips with it earlier.

She would also have faced tough questions on Monday about whether her own enthusiasm to crack down on illegal immigration contributed to the Windrush generations treatment.

What I said when I called for her to resign last week was that it is a matter of honour. Given all the to-ing and fro-ing and issues about whether shed been entirely truthful with the home affairs select committee, I dont think the Windrush generation could have had the confidence in her, she said.

Conservative colleagues rallied round Rudd, however. Chief secretary to the Treasury, Liz Truss, said, very sorry to see Amber Rudd resign. As well as being a fantastic, compassionate and brave politician; she is a very generous colleague. Another minister, Margot James, described her as, competent, authoritative and utterly decent.

Rudds departure risks upsetting the delicate balance in Mays cabinet over Brexit, with a showdown looming on Wednesday about Britains relationship with the customs union.

Once relegated to the backbenches, some colleagues were expecting Rudd, a former remainer, to begin speaking out about Brexit, and perhaps even joining the vocal group of rebels challenging the government to pursue a close continuing relationship with the EU.

Among those affected by the Windrush crisis there was a sense that the resignation was necessary. Anthony Bryan, 60, who has spent five weeks in immigration removal centres over the past two years, despite having lived in the UK for over half a century, was one of the first people interviewed in the Guardian last November about the Home Offices behaviour towards him. He said he nearly fell over with shock when he heard the news of her resignation.

Its a shock. I feel like I helped bring down the home secretary. I wouldnt say I am pleased; I feel sorry for her in a sense because it looks like she is taking the punishment for Theresa May, he said.

But he acknowledged that Rudd had not handled things well in her answers on deportation targets. Either she was lying or she didnt know. I think she resigned because she didnt want to face Monday.

Cardlin Johnson, whose brothers were both Windrush victims, said that the news was bittersweet. Rudd had to go because of her performance and because of her denials of the targets, she said.

But we all know that Theresa May is the architect of that 2014 migration policy. I feel like it is one down, one to go. My personal opinion is: Theresa May next. May should be looking over her shoulder now.