Sydney boy boarded flight alone to Perth, then another to Indonesia, where he checked into the All Seasons hotel 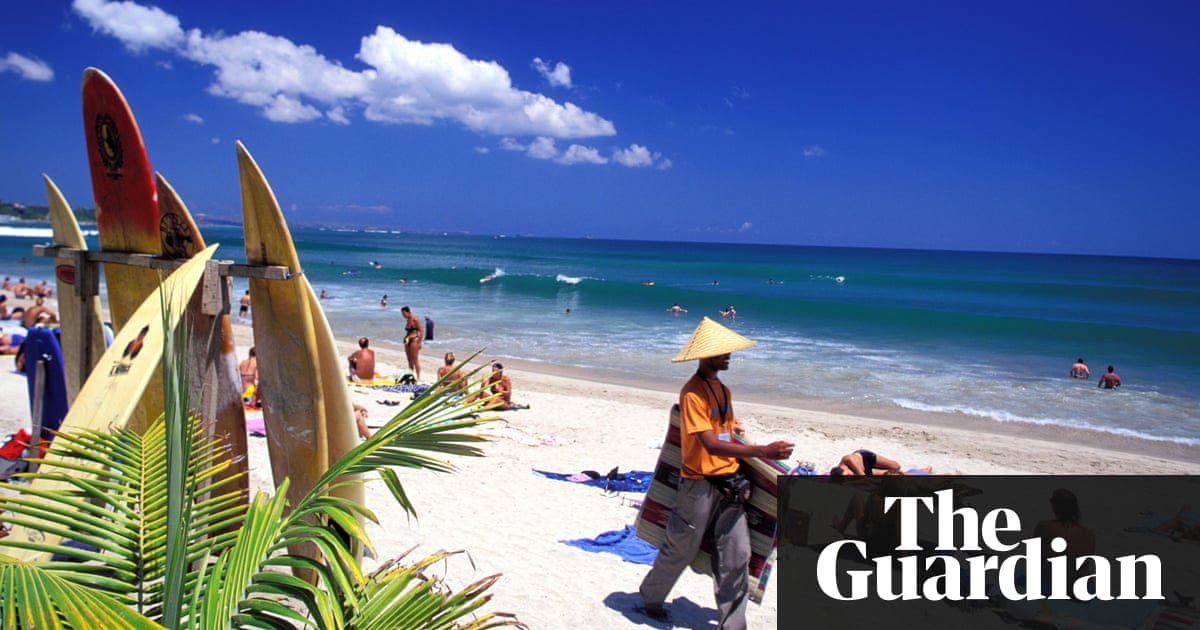 A 12-year-old Sydney boy stole his parents credit card, tricked his grandmother into giving him his passport and flew to Bali on his own after a family argument.

The boy, given the pseudonym Drew by A Current Affair, was told he couldnt go to Bali by his mother but managed to book himself flights (researching an airline that allowed 12-year-olds to fly unaccompanied) and a hotel room, and to depart the country unimpeded.

Telling his family he was going to school, he rode his razor scooter to his local train station, from where he travelled to the airport and, using a self-service check-in terminal, boarded a flight for Perth, then another for Indonesia, the Nine Network program reported.

He was only quizzed once, at Perth airport, when staff asked him for identification to prove he was over 12. Guardian Australia has independently confirmed the boy made the trip.

They just asked for my student ID and passport to prove that Im over 12 and that Im in secondary school, he told A Current Affair. It was great because I wanted to go on an adventure.

In Bali, he checked in to the All Seasons hotel, telling staff he was waiting for his sister to arrive.

After his school reported he was absent, his family scrambled to find out where he was. Discovering he was in Bali, his mother, Emma, flew there to collect him.

Emma said the boy doesnt like hearing the word no.

Shocked, disgusted, theres no emotion to feel what we felt when we found he left overseas, she told A Current Affair.