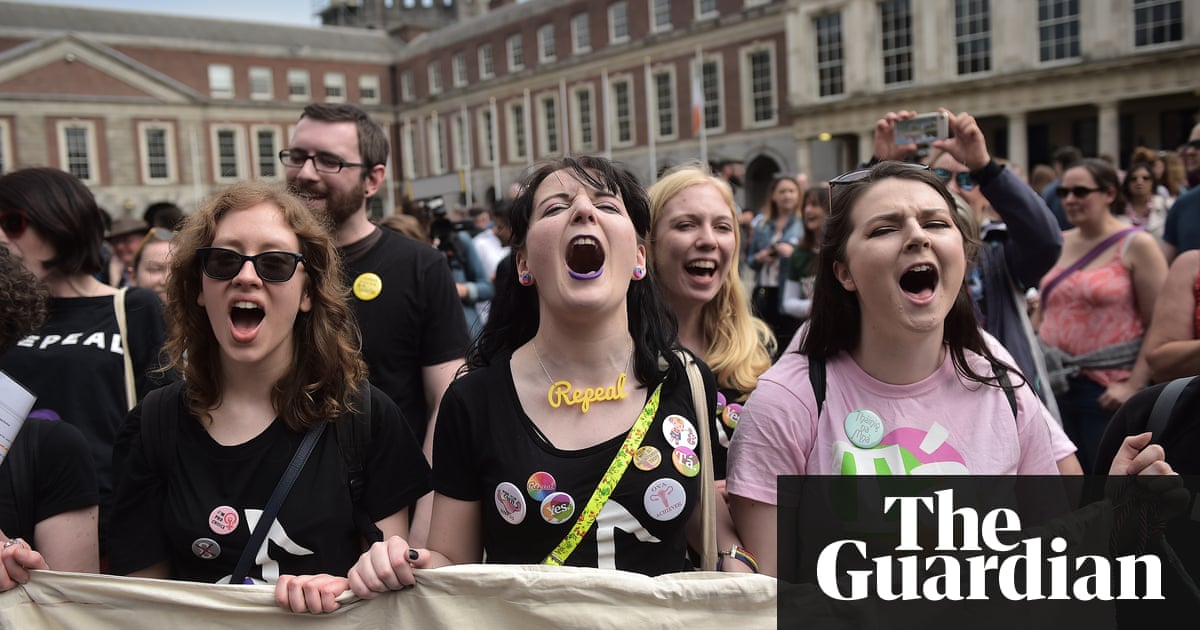 Ireland has voted by a landslide to legalise abortion in a stunning outcome that marks a dramatic defeat for the Catholic churchs one-time domination of the Republic.

The Irish electorate voted by 1,429,981 votes to 723,632 in favour of abolishing a controversial constitutional amendment that gave equal legal status to the lives of a foetus and the woman carrying it. The result was a two-thirds majority: 66.4% yes to 33.6% no.

By voting yes in unexpectedly large numbers to abolish the eighth amendment to the Irish constitution, the country has enabled the government in Dublin to introduce abortion in Irelands health service up to 12 weeks into pregnancy.

Saturdays triumph for abortion reformers occurred only months before a papal visit to the country the first since John Paul IIs tour of Ireland in 1979. After Pope Francis leaves Ireland in August, the Irish minority government, with the backing of opposition parties, will within weeks start the process of drawing up legislation to allow for abortion, which was once an unthinkable political project in Ireland.

Welcoming the massive endorsement in favour of reform, Irelands prime minister, Leo Varadkar, promised to introduce legal terminations by the end of this year.

Describing the vote as the culmination of a quiet revolution in Ireland, the taoiseach said voters had given his Fine Gael-led government a clear mandate to bring in legislation that will legalise abortion up to 12 weeks.

Orla OConnor, the co-director of the Together for Yes campaign, said it was a monumental day for women in Ireland, calling the result a rejection of an Ireland that treats women as second-class citizens.

The counting of votes reflected the findings of two exit polls released on Friday night that showed support for yes running at 68% to 69%.

Support for abolishing the amendment and paving the way for legalising abortion was widespread across the country.

Irelands foreign minister, Simon Coveney, stressed that the outcome proved this was not Dublin versus the rest not a rural-urban division.

One of the first constituencies to declare a result Dublin Central had nearly 77% voting yes. Yet even in traditionally conservative Roscommon/East Galway the first tallies from the count showed 57% for yes and 43% for no. Other rural constituencies such as Carlow/Kilkenny also voted 63.5% in favour of change.

In the last major referendum, the vote to legalise same-sex marriage three years ago, Roscommon was the only area to vote no.

This time, the only constituency to return a majority of no votes was Donegal, where 51.87% opposed repeal, while 48.13% backed it.

The overall turnout of Fridays abortion referendum, at 64.51%, exceeded the 60.5% that voted in the 2015 marriage plebiscite.

As early as 10.30am on Saturday, prominent anti-abortion campaigners had acknowledged they had lost.

In a Facebook post, Save the Eighth activist John McGuirk said he was broken-hearted over the result. Addressing fellow no campaigners, he said: Today will be a hard and difficult day, but hold your heads high. It is never wrong to speak up for what you believe in. It is wrong to stay silent, and especially wrong to stay silent when the crowd is totally against you.

Victory for the yes side means that the only part of the United Kingdom and Ireland where abortion remains banned in almost all circumstances is Northern Ireland.

On Saturday afternoon, both Amnesty International and the Liberal Democrat leader, Vince Cable, called for the regions near-total ban on abortion to be lifted.

Teggart said the British government could no longer turn a blind eye to the plight of Northern Irish women who were forced to travel across the Irish Sea for abortions.