New York (CNN)A US judge said President Donald Trump’s personal attorney Michael Cohen could review materials seized when the FBI raided his home, office and hotel room last week for any communications with the President, but held off on deciding how prosecutors will ultimately be able to use the evidence.

“I’m denying the motion for a (temporary restraining order) because it’s currently moot. The government is not accessing anything,” the judge declared. “With respect to a preliminary injunction, that, I think, is premature at this point. We have to wait and see what the volume is and how you can argue.” 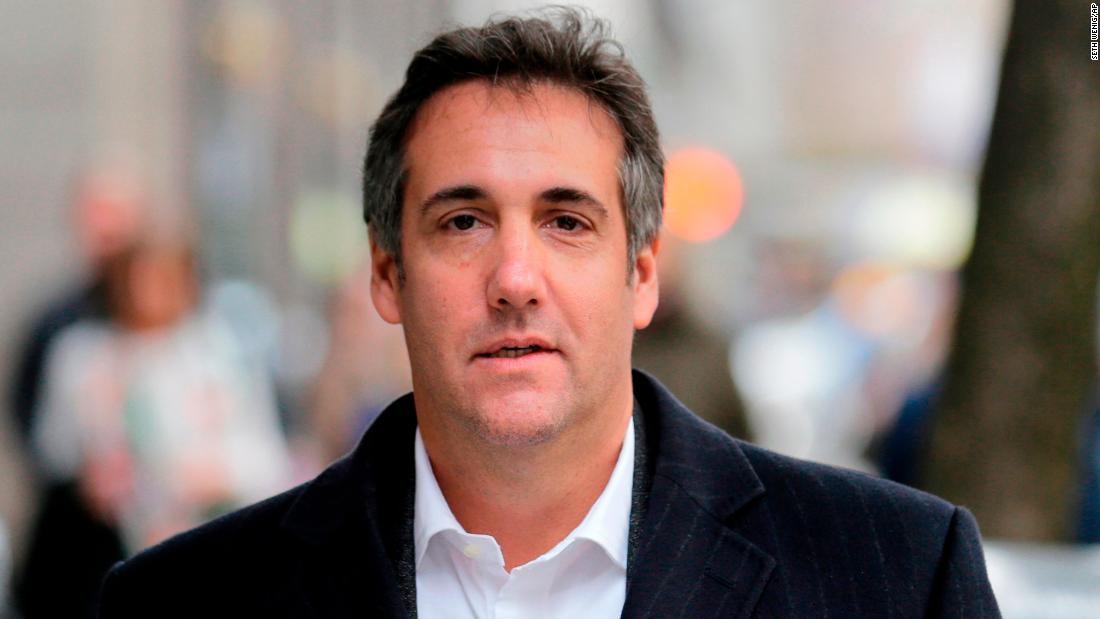 Instead, the judge split the decision, ordering both sides to return with an estimate of the volume of evidence that could be covered by attorney-client privilege and then she would decide the expedient way of handling that review.

“I have faith in the Southern District US Attorney’s Office that their integrity is unimpeachable,” Wood said. “So I think that a taint team is a viable option.”

The judge said she would decide whether a special master would adjudicate what investigators can access, as requested by Cohen.

The judge asked each side to provide four names as potential special masters, but made clear she has not made a final decision.

Cohen declined to comment on the ruling while leaving the courtroom.

Trump’s attorney Joanna Hendon said she and her client object to the appointment of a special master to review for privileged documents, arguing, “We don’t think a special master will adequately protect the privilege of the President.” The President’s attorneys proposed reviewing the records themselves to decide what needed to be excluded.

Cohen’s lawyer can share subsets of the material with Trump and the Trump Organization for their own privilege review.

“This is perhaps the most highly publicized search warrant in the history of recent American criminal jurisprudence. It is paramount that the review of Mr. Cohen’s data and documents be handled in such a way as to eliminate, as much as possible, even the ‘appearance of unfairness,’ ” they argued in a letter to Wood.

Stephen Ryan, an attorney for Cohen, said Trump Organization materials had been seized in the raid. He added that Cohen’s “life has been turned upside down.” Ryan also called the separate investigations by Congress and the special counsel into whether there had been collusion between the Russians and the Trump campaign related to the 2016 election a “dry hole.”

Last week, prosecutors said in a court filing that they have been investigating Cohen for months “for criminal conduct that largely centers on his personal business dealings.” On Monday, a little more detail was shed on the still-sealed areas the government is investigating.

Prosecutor Thomas McKay told the judge during a sidebar session on Friday, “This is a fast-moving investigation. We are devoting a large amount of resources to the whole case but, in particular, to our filter team to get this review done very quickly.” The transcript of that exchange was released by the court Monday.

McKay told the court on Monday that 10 boxes of documents had been seized, as well as “hard drives, the electronic devices” with a lot more material.

McKay, without wanting to detail specific subjects, also noted that some matters pertain to documents from January 2013 and on other matters the dates were from “post-2011.”

Cohen’s lawyer said the search warrant also sought “five paragraphs” that dealt directly with “seeking the papers of the President of the United States” that were in Cohen’s possession, including material about the Trump Organization.

Prosecutors said Cohen appeared to have few clients other than the President and they had not uncovered any emails between the two, suggesting the potential risk of violating attorney-client privilege was slim.

In a letter submitted before Monday’s hearing, Cohen’s attorneys said he had 10 clients in 2017 to 2018 but that only three of them were regarding legal matters. The other seven were of a business consulting nature.

The letter identified two of the clients, Trump and former GOP fundraiser Elliott Broidy, who has acknowledged paying $1.6 million to a Playboy model with whom he had an affair. After a lengthy back-and-forth, the judge ordered Cohen’s lawyers to identify the third client, who Ryan said had asked to remain confidential, and was told it was Fox News host Sean Hannity.

On his radio show Monday, Hannity said, “I never retained him in the traditional sense,” and that he believed his conversations about legal questions were confidential.

“I’ve known Michael a long, long time. Let me be very clear to the media. Michael never represented me in any matter. I never retained him in the traditional sense as retaining a lawyer. I never received an invoice from Michael. I never paid legal fees to Michael,” Hannity said.

“But I have occasionally had brief discussions with him about legal questions about which I wanted his input and perspective,” he added. “And I assume that those conversations were attorney-client confidential.”

Hannity added, “not one of any issue I ever dealt with Michael Cohen on ever, ever involved a matter between me and any third party.”

“We just spoke with his publicist here at Fox News, who says that he says they have been friends a long time, he never denied that he was his lawyer, that he did some legal work for him along the way, and that’s the extent of that,” Smith said.

The suggestion that Hannity wasn’t a serious client bolsters prosecutors’ assertion that Cohen had no clients other than Trump in recent years, which they argued meant the potential scope of privileged material would be narrow.

Cohen’s relationship to Broidy surfaced Friday when Broidy acknowledged Cohen had helped facilitate the $1.6 million payment to a former Playboy model who said she became pregnant from a relationship with Broidy. Broidy resigned from his position as deputy chair of the Republican National Committee on Friday when the payment became public.

Broidy admitted to the relationship in a statement but did not address whether he had impregnated the woman. He said Cohen reached out to him after being contacted by Keith Davidson, an attorney for the woman, and that he retained Trump’s lawyer “after he informed me about his prior relationship with Mr. Davidson.”

Davidson also represented former adult film actress Stormy Daniels and Karen McDougal, a former Playboy model. Both women claimed to have had affairs with Trump, who has denied the allegations, more than a decade ago.

Daniels attended Friday’s hearing, entering at the end, and was directed to a metal folding chair along the wall of the courtroom. Her attorney, who was also present, did not speak during the hearing. She did address a throng of news cameras in front of the courthouse afterward.

“He has played by a different set of rules, or should we say no rules at all,” she said of Cohen. “He has never thought that the little man, or especially women, and even more, women like me, mattered. That ends now.”

“My attorney and I are committed to making sure that everyone finds out the truth and facts of what happened, and I give my word that we will not rest until that happens,” Daniels said.

This story has been updated.