Michelle Wolf has nothing to apologise for. Her critics do, though 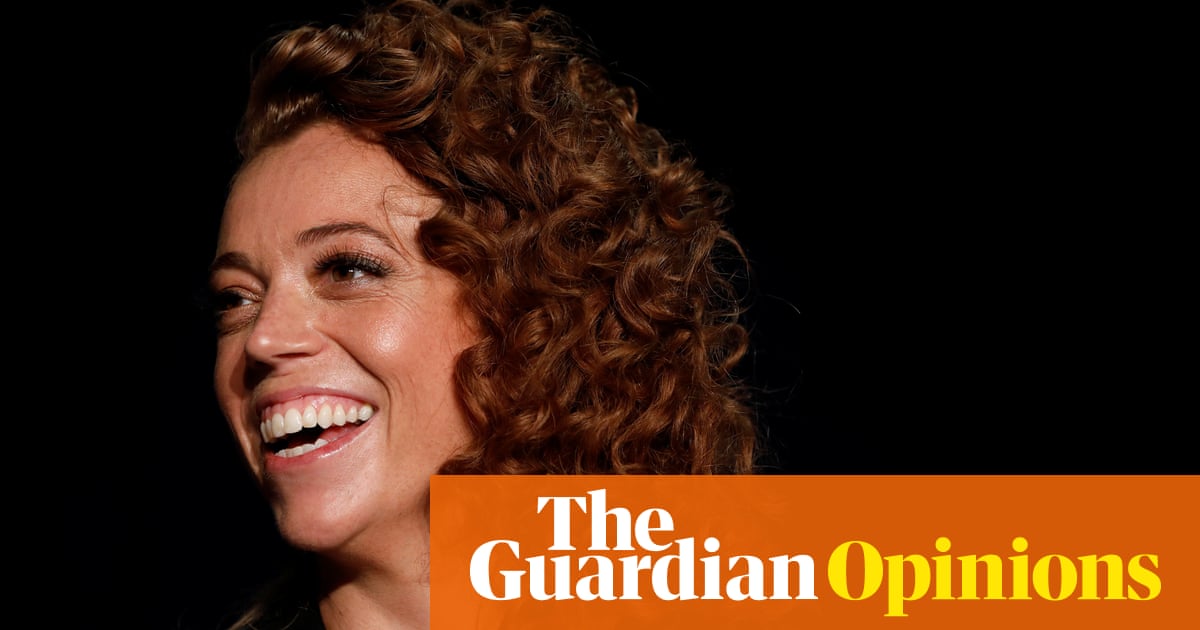 Let me tell you a few deplorable things that happened in America this weekend. Nearly 43 million people woke up in poverty in the richest country in the world. And more than 30 million Americans woke up without health insurance. A further 36 people died because of gun violence, bringing the total number of gun deaths in the US this year to 4,627.

All of that is deplorable. What is in absolutely no way deplorable or shocking or outrageous or unacceptable is a joke about eye shadow. You probably know what I mean it was headline news on Sunday. But if you missed the controversy, the summary is that a comedian called Michelle Wolf made a gag about Sarah Sanders at the annual White House correspondents dinner in DC.

I think [Sanders is] very resourceful, Wolf said about the White House press secretary. Like, she burns facts, and then she uses the ash to create a perfect smoky eye.

Wolf was referencing Sanders well-documented history of defending Trumps brazen lies. Earlier this month for example, Sanders defended Trumps racist claims that women from Central America are raped at levels that nobody has ever seen before. She also justified Trumps entirely unfounded claims that millions and millions of illegal votes are cast in Americas elections by saying that the president strongly feels that is the case. Sanders lectures the press about accuracy but spends her days helping Trump fuel racism and hate with shameless lies. Sanders, in brief, is a morally bankrupt person and Wolf was holding her to account.

Sanders may be a morally bankrupt person but guess what? Shes also a wife and mother and it is really very mean for Wolf to stoop so low as to mention Sanders eye shadow. Can you imagine the devastating psychological impact of having a comedian reference your affinity for a smoky eye? Can you imagine how damaged her kids must be by the reference to their mums makeup?

Personally, I cant imagine any of this, but it seems plenty of other people can. MSNBCs Mika Brzezinski, for example, tweeted: Watching a wife and mother be humiliated on national television for her looks is deplorable. I have experienced insults about my appearance from the president. All women have a duty to unite when these attacks happen and the WHCA owes Sarah an apology.

Maggie Haberman, the New York Times White House correspondent, similarly tweeted: That @PressSec sat and absorbed intense criticism of her physical appearance, her job performance, and so forth, instead of walking out, on national television, was impressive. Haberman made sure to tag Sanders in the speech so that the press secretary would be sure to know just how outraged she was. Andrea Mitchell from NBC also tagged the press secretary in a tweet stating that an apology is owed to Sanders.

If anything, the likes of Haberman, Brzezinski and Mitchell owe America an apology. Theyre all incredibly smart women with extremely important jobs. Theyre supposed to be holding power to account, not sucking up to it. Rushing to defend Sanders under a veil of faux-feminism is beneath all of them.

Whats more, urging Wolf to apologize for what should have been an uncontroversial joke sends an incredibly dangerous message. It suggests that its not OK to criticize the president and his people. And it lends credence to Trumps repeated claims that the mainstream media is out to get him.

Last week the US dropped two places in the Reporters Without Borders 2018 World Press Freedom Index, with Trumps continuous attacks on the media cited as a reason for the decline. We live in a very worrying time for free speech. Indeed, on Sunday it was reported that the US Department of Justice removed a section about the need for free press from its internal manual. Now more than ever, journalists need to be courageous.

The media needs to make sure it is speaking truth to power, not kowtowing to the powerful. However, as Wolf mentioned in her speech, even the liberal media is under Trumps spell. You pretend like you hate him, but I think you love him. I think what no one in this room wants to admit is that Trump has helped all of you. Hes helped you sell your papers and your books and your TV. You helped create this monster, and now youre profiting off of him.

Wolf is absolutely right. We all ought to do a lot more soul-searching about how were covering the Trump administration. That should have been the headline that came out of Wolfs speech; not controversy about eye shadow.

Wolfs words should have inspired introspection amongst the press, not a liberal backlash. So, please, spare me the faux feminist outrage about Sanders. It was just a joke. The response to it, however, has been no laughing matter.

This article was amended on 1 May 2018 to correct the number of Americans without health insurance.