The GOP candidate said voters have raised concerns to him about terrorists entering US from north, as immigration has become hot-button Republican topic 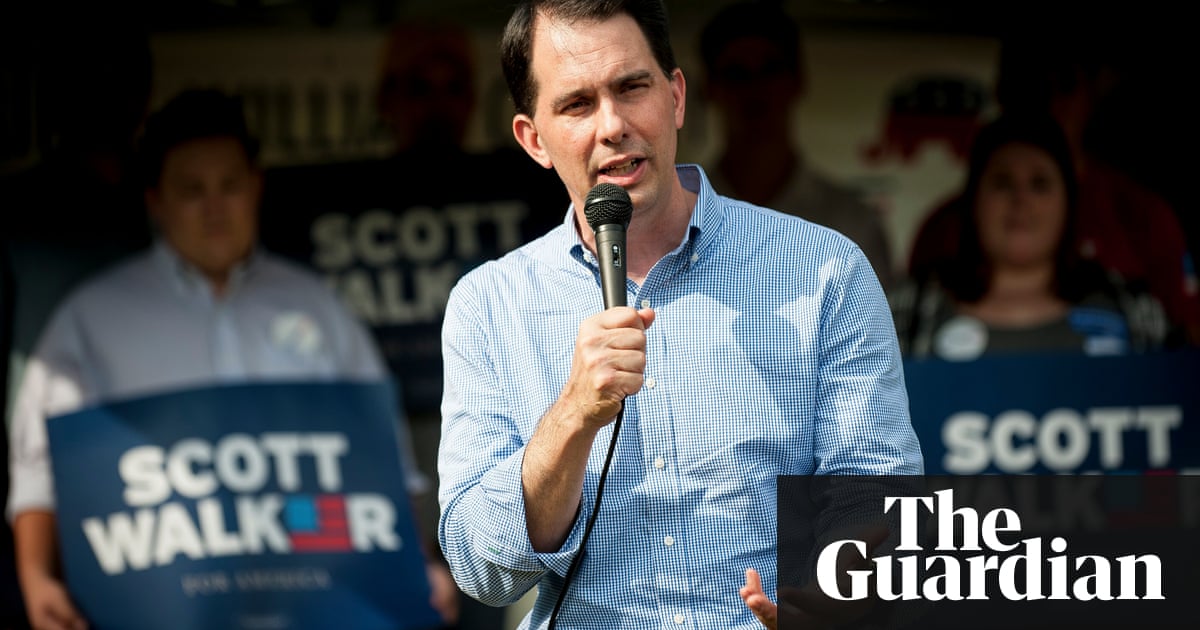 The Republican presidential candidate Scott Walker said on Sunday that building a wall on the US northern border with Canada was a legitimate issue for us to look at.

Asked in an interview on NBC if he wanted to build a wall on the Canadian border, the Wisconsin governor cited his experience talking to voters including some law enforcement folks in New Hampshire, an early voting state in the Republican primaries. Such people, he said, were concerned about terrorists potentially crossing over from Canada.

They raised some very legitimate concerns, including some law enforcement folks that brought that up to me at one of our town hall meetings about a week and a half ago, Walker said. So that is a legitimate issue for us to look at.

In recent months, with the rise of Donald Trump in polls concerning the Republican presidential field, political debate in the US has focused on illegal immigration and the desirability and feasibility of building a wall on the southern border, with Mexico.

However, concerns about the border with Canada, a country that has witnessed two attacks by Islamist terrorists in the past year, have so far gone unaddressed.

Immigration and border security remains a live issue in the Republican primary. Another candidate trailing Trump in the polls, New Jersey governor Chris Christie, on Saturday told an audience in New Hampshire he would ask the chief executive of FedEx to devise a system to track illegal immigrants like packages.

Walker has come under scrutiny on immigration, recently for holding apparently shifting positions on whether to amend the constitution in order to end birthright citizenship. On Sunday, he repeatedly said that was not an issue he considered a priority.

Whether its talking about the 14th amendment or anything else, until we secure the border and enforce the laws, we shouldnt be talking about any other issue out there, he said.

Walker did not only address border security and immigration. He also discussed issues including the incarceration rate for African Americans in Wisconsin, which is the highest in the nation, and the states last place in rankings concerning opportunity for African American children.

Walker dodged any blame for such statistics, pointing a finger instead at politicians in Wisconsins largest city.

Part of it is, I think, some of the poor policies in the city of Milwaukee, he said.

Walker went on to tout his efforts in pushing charter schools and fighting against union control in Milwaukee.